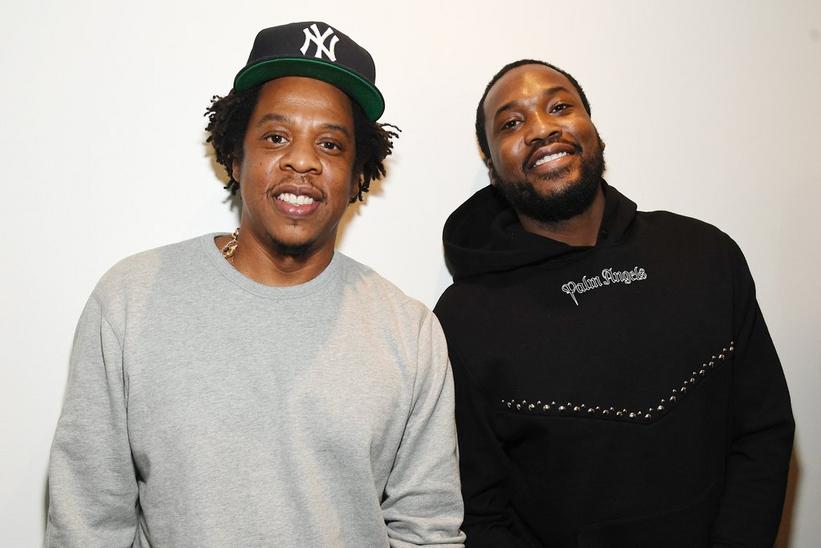 The two met at Jay-Z's Roc Nation Entertaiment Manhattan office on Tuesday, July 23, to seal the deal. The new label will be supported by Roc Nation and will work on creative strategy and marketing, among other things, according to Rolling Stone, on top of finding new voices. In an interview, Mill told CBS' Gayle King how the deal is a dream come true for him.

"Coming into the music industry, of course, there's always the people you admire, there's not too many people I admire on a music level and a business level and on like, as a man level. So doing business with Hova is like, like even when we talk I always explain it to him like that that was crazy, it's a regular day for you but this is a part of my dreams being in this situation," he said.

Mill, who was granted a new trial on Wednesday, July 24, related to a 2008 conviction, will be president of the label and help operate a recording studio. So far, no signees have been revealed. The rapper had a Dream Chasers Records imprint in 2012 under rapper Rick Ross' label.

Touching on the record label's vision, Jay-Z told Rolling Stone that it's more than just hip-hop.

"Hip-hop is not just music—it’s music, it’s art, it’s fashion—so that can be applied to any silo of business," he said. "[Music is] just one aspect of it. That’s the pipe. The overall and overarching view is for us to boss up and do things together and pull each other up and get control of the things that we produce."