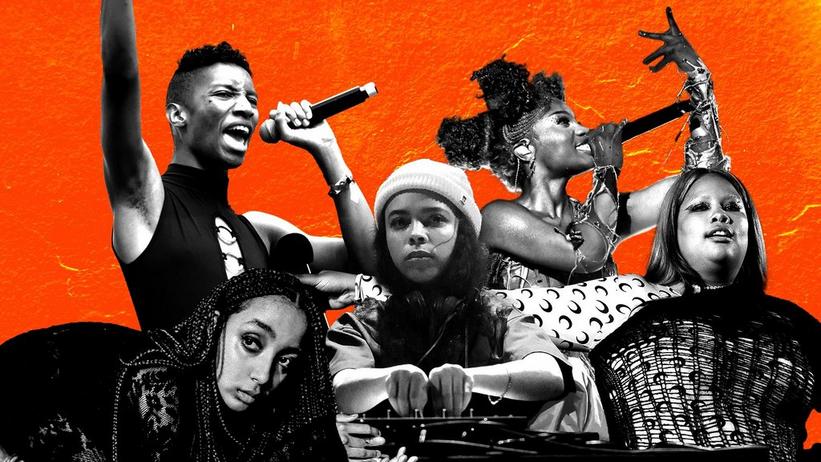 Incorporating multiple genres and styles, these five emerging artists are not afraid to push the boundaries in electronic and dance music.

Contemporary dance and electronic music has dramatically changed from its origins. Major cities around the world — including Belgium, Miami, Las Vegas and Chicago — have capitalized on the genre’s popularity within the last decade to hold large electronic music festivals like Tomorrowland, Spring Awakening, Electric Daisy Carnival and Ultra Music Festival, each of which gather  tens of thousands of fans.

But while electronic music continues to serve as a destination experience for many young listeners, electronic music’s origins actually begin within the Black community. Evolving in the 1980s from the cultural decline of disco (another Black genre of music), electronic genres like house (born in Chicago) and techno (born in Detroit) gained footing with a multicultural collection of fans interested in progressing the sounds of the dance floor.

Although some of the biggest contemporary stars in dance music may be young white men, some of the genre’s most interesting — and diverse — performers are only just emerging right now.

Born Omar Davis, Southern California native Moore Kismet is a non-binary and pansexual superstar in-the-making with a progressive sound and message. A musical prodigy, Kismet’s artistic journey began at just 7 years old with a family laptop, a copy of the production software Fruity Loops and a self-taught practice.

Since then, Kismet has released multiple singles and EPs, including "Character" in 2019 and Vendetta for Cupid and Flourish) in 2021. Kismet has racked up major festival appearances, including Lollapalooza and Electric Daisy Carnival in Las Vegas, making them the youngest performer at both events. Earlier this year, Kismet collaborated with celebrated singer/songer Tate McRae on the downtempo pseudo-ballad "Parallel Heartbreak." Featuring vocals by singer Pauline Herr, the track is illustrative of Kismet’s unique, pop-leaning sound. Now, at 17 years old, Kismet is set to release their debut album, UNIVERSE, on June 24.

A lot can change in four years. Just look at London-based DJ and producer TSHA (aka Teisha Matthews), who has grown from fledgling musician to celebrated artist since her debut EP, 2018’s Dawn, was released. But that shouldn’t come as a surprise to most listeners.

Matthews’ love of electronic music (and creative drive) began at a young age, with a mother who loved Carl Cox and Skrillex and an older brother who DJed house, garage and jungle.

As she got older, TSHA began to experiment on her own, eventually creating the moniker TSHA for her charismatic blend of '90s deep house and techno.

It’s only been up since then, with shoutouts from media darlings like Annie Mac and Zane Lowe, and fellow electronic artists like Bonobo. Last month, Matthews released fabric presents TSHA, a 25-track, house-leaning DJ mix featuring fellow emerging and established artists. Her new single "Boyz," included on the mix is a pleasant tune sure to please most listeners.

London-based musician PinkPantheress is unafraid to blend genres as disparate as house, garage, R&B and pop. The 22-year-old born Vicky Beverly Walker has made a name for herself, especially on social media, among young fans who’ve taken to using her surprisingly hefty and heartfelt songs as the perfect soundtrack to the minutiae of their lives. Early singles "Just a Waste," "Break it Off," and "Pain" went viral on TikTok, with the latter crossing over to the UK Singles Chart, reaching  No. 35. That’s no small feat for a then-unsigned artist.

Since that early success, she’s also released her super-short debut mixtape, To Hell With It, which has garnered critical acclaim for its abundance of memorable melodies and Walker’s singular, breathy vocals. As an artist on the rise, PinkPantheress is not afraid to stand out from her fellow artists, mixing moods, harmonies and genres with an ease that illuminates her love of electronic music.

Few artists can "do it all" quite like Shygirl. Born Blane Muise, this English rapper, DJ, singer/songwriter and Nuxxe record label head has quietly worked in the underground, experimental electronic music world establishing her singular brand of music.

Blending elements of house, grime, club and hyperpop, Muise first gained recognition for collaborations with artists such as Arca, Sega Bodega and the late genius Sophie. Since then, she has released two EPs, 2018’s Cruel Practice and 2020’s Alias. This September, she’ll drop her first full-length, Nymph. "Firefly," the first single from the album, is a glitchy yet catchy wonder, perfectly capturing Shygirl’s enduring appeal and a perfect complement for those dreamy long days of summer.

It can take a lot for a musician to break through amongst the glut of distractions, stimuli and content available online. And yet Tampa-born Doechii (a.k.a. Jaylah Hickmon) — who raps and sings — did just that earlier this year with her provocative, groundbreaking music video for the frenetic yet brilliant single "Crazy."

The 3-minute stunner, filled with nudity and violence was a perfect introduction to Doechii’s music, which crosses genres and boundaries with ease. Immediately garnering controversy, the video was banned by YouTube from trending and monetization. "Crazy is about un-contained power, creativity and confidence. People call you crazy when they fear you or they don’t understand you," she said about the track and video on Instagram. "So when I use it in the song, I’m reflecting that energy back on them to show them themselves."

However, not all of the Top Dawg Entertainment (home of Kendrick Lamar, SZA and Isaiah Rashad) artist’s music is so controversial. Another 2022 single, "Persuasive," has gone viral on TikTok for its uplifting, empowering message. Although she’s already independently released two collections of music, Doechii didn’t garner mainstream attention until the last two years or so, making her forthcoming debut record all the more exciting.