So, How Did The Recording Academy Block Party Near SXSW 2022 Go? Judge For Yourself With This Colorful Recap.

In a sunny clip, revisit how the Recording Academy Block Party near the 2022 South by Southwest Festival — presented by the Texas Chapter — got music makers together to enjoy tunes, drinks and company

Spring is in the air, and live music is abundant once again. Why not get together for some uplifting tunes and terrific company during one of the biggest weeks in Austin, Texas?

That's what the Recording Academy — more specifically, the Texas Chapter of the RA — did while adjacent to South by Southwest this year. As the below clip attests, it was an affair filled with good vibes and great music.

Relive the exciting event in the minute-long recap, which includes snippets of speeches by Board of Trustees Chair Tammy Hurt and Texas Chapter Executive Director Christee Albino. The video also features drummers bringing the beat, young musicians expressing their excitement, and folks from all sectors of the music community simply enjoying themselves.

Enjoy the quick recap above, and keep checking back for more news about where the Recording Academy will pop up next — perhaps at a festival near you. 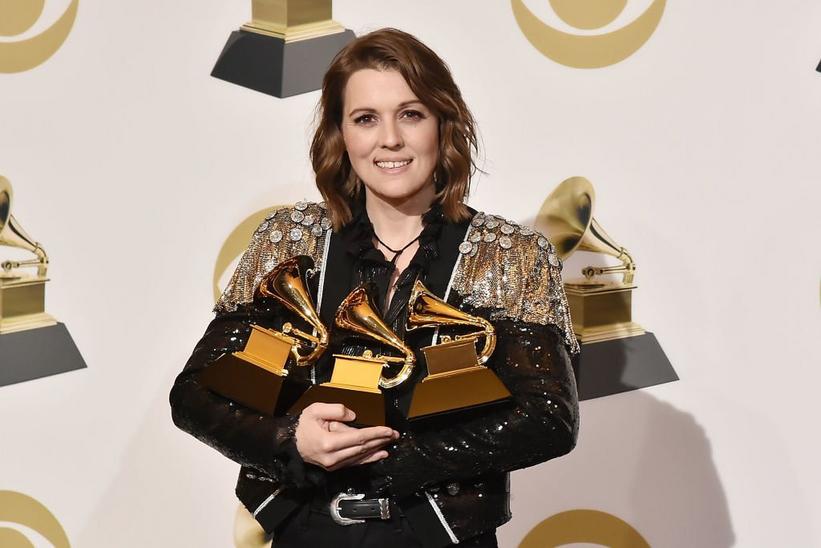 Actress Elisabeth Moss will join Brandi Carlile for a discussion of how the real world of the music business and its portrayal in film overlap. They will also discuss Moss' guest spot on Carlile's video for "Party Of One" as well as Moss' preparations for her role as punk artist Becky Something in the movie Her Smell, coming out in late March.

David Byrne's 2018 album American Utopia had been nominated at the 61st GRAMMY Awards for Best Alternative Music Album, but Beck's Colors won the category. T Bone Burnett's upcoming solo album The Invisible Light is due out on April 12. In Sept. 2018, Rodgers returned with Chic's first new album in more than a generation, It's About Time.

"We're fortunate to bring together a diverse group of creative thinkers and leaders to share their perspectives," said SXSW Chief Programming Officer Hugh Forrest. "From NASA scientists to entertainment legends Nile Rodgers and T Bone Burnett to influential voices like Stacey Abrams and Kara Swisher, the breadth and depth of programming at this year's event is what continues to make SXSW unique and indispensable."

More details and ticket packages are available on SXSW's website.

Brandi Carlile Wins Best Americana Album For 'By The Way, I Forgive You ' | 2019 GRAMMYs 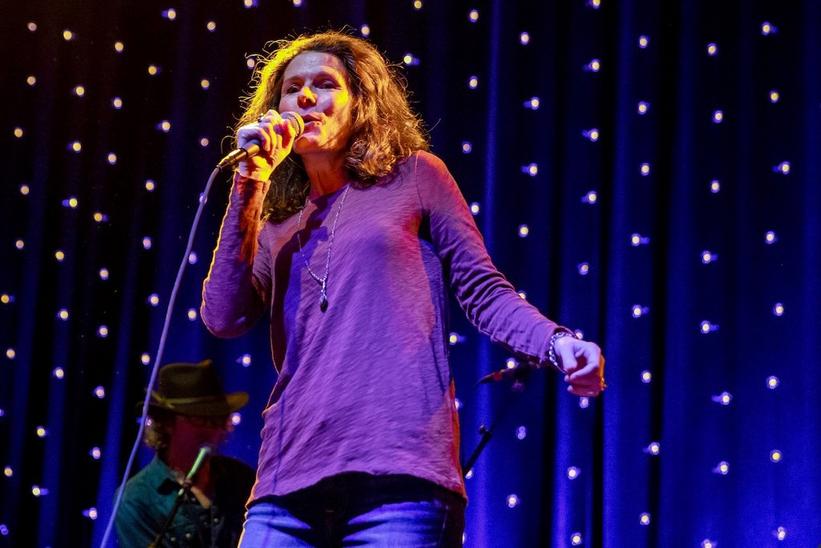 On Jan. 9, the SXSW Music Festival added a third wave of showcasing artists, including Angie McMahon, Bush Tetras, Charlotte OC, Austin's very own Edie Brickell & New Bohemians, and more. Now on its 33rd year, the Austin, Texas fest will run from March 11–17, 2019. Brickell famously won the Best American Roots Song GRAMMY in 2013 for "Love Has Come For You."

300+ Showcasing Artists were just added to the #SXSW 2019 lineup! Check out the full announcement here. https://t.co/jgGVp3akVM

SXSW will also be celebrating the 25th anniversary of Bloodshot Records and hosting a tenth-year anniversary showcase for Sounds from Columbia. Lineup details and venue locations will be released in the coming weeks along with additional artists and showcases.

Starting on Jan. 17, a weekly compilation of artists will be added to the SXSW schedule each Thursday. Check SXSW's website for more, including hotel and ticketing information. 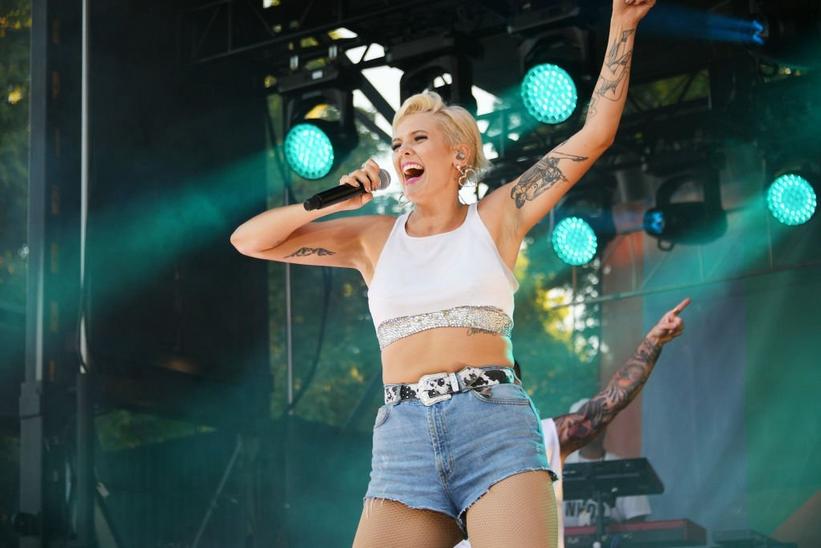 As showcase and panel lineups rollout and excitement mounts ahead of the annual South by Southwest Music, Film and Interactive festivals in Austin, Texas, the announcement of this year’s #OUTLOUD showcase marks the fest’s first-ever official showcase dedicated to Queer and LGBTQIA+ artists.

Plus, the event will be hosted by former “Ru Paul’s Drag Race” competitor, Morgan McMichaels.

According to the announcement, #OUTLOUD is set to take place on March 17 at the Mohawk in Austin, seeing performances from artists like Betty Who, Madame Gandhi, Capyac and La Dona across an indoor and outdoor stage from 7 p.m. through 2 a.m. Additional performers, established and up-and-coming alike, Cobra, Flavia, SWSH, Bang Bang Romeo, PineappleCiti, Ariel View, Ryan Cassata and more will round out sets on the night.

"We are proud to partner with SXSW and provide a stage to help raise these creative voices even higher… #OUTLOUD and its community partners are focused on promoting love, acceptance, inclusiveness, identity and support by bringing all people together in this colorful celebration of community,” said JJ | LA CEO Jeff Conseletti in a statement discussing the event.

The sprawling film, music and interactive media festival is set to take place in Austin on March 13 – 22. For more information on festival admission and badges, programming and more, visit SXSW here. 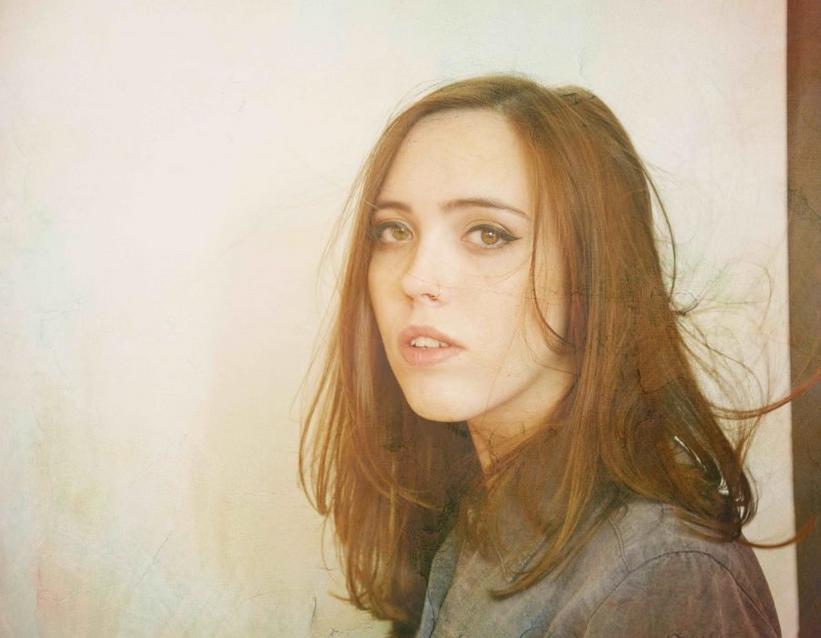 South By Southwest is so close we can taste it, and that means it's time for the event lineups to start rolling in. Who will make a splash this year? Which acts will take that crucial step from hanging on the verge of fame and walk out into the spotlight?

Long known as one of the premiere events to see new acts break at SXSW, FADER magazine's three-day "Fader Fort" concert series has now revealed its 2018 lineup. It's packed with some names we've had our eyes and ears tuned towards lately, namely Soccer Mommy, SOB x RBE, Mozzy, Now Now, YBN Nahmir, and BbyMutha, with more acts still to be announced.


Soccer Mommy is the band project of 20 year-old Nashville songwriter Sophie Allison – a tight-knit four-piece whose sound belies their young age. Allison began playing music at the age of six, but largely kept her songwriting and recording a secret from her local friend group, choosing instead to release her songs online without publicizing them. As she got older, however, the recordings on her Bandcamp page caught an organic buzz that led to bookings for live gigs, eventually landing Allison a record deal the summer after she graduated from high school.


SOB x RBE meanwhile, have been riding a rocket all through the first quarter of 2018, thanks largely to their fantastic contribution to the No. 1 charting Kendrick Lamar-curated and produced Black Panther: The Album. Their track "Paramedic!" has managed to become one of the standout tracks on a soundtrack album packed wall-to-wall with hits. As a follow-up to their success as part of Black Panther: The Album, SOB x RBE were next tapped to join the lineup for Post Malone's huge 45-date summer world tour alongside 21 Savage, which kicks off next month on with a two-weekend stint at Coachella Valley Music And Arts Festival. Tickets for the tour are still available; purchase links and additional show date details can be found on Post Malone's website.

Playing the Fader Fort at SXSW has proven to be a crucial step in the careers of some of today's biggest acts. Over the past 16 years has played host to the breakthrough moments for acts such as Odd Future (introducing the world to Tyler, The Creator, Earl Sweatshirt, and Frank Ocean, et al.), Kid Cudi and Amy Winehouse, meaning that its annual presence at SXSW is always a hotspot of activity for brand ambassadors, artist managers and industry reps of all kinds who are in Austin looking for the Next Big Thing.  The first 15 years of the Fader Fort will soon be documented in a new book called FADER FORT: Setting The Stage, which FADER will premiere at this year's event.

For its 17th annual installment, the Fader Fort has once again changed venues, moving up the street to 1501 East 7th St. in Austin, a joint indoor-outdoor space just three blocks from last year's venue.

"We wanted a little more space to be able to accommodate more fans at [the] Fort," explained FADER president and publisher Andy Cohn about the decision to change venues for the third time in three years. "We also wanted to enhance the experiences for artists with a larger stage, but still maintain the special, intimate experience with great sound quality that Fort is known to provide."