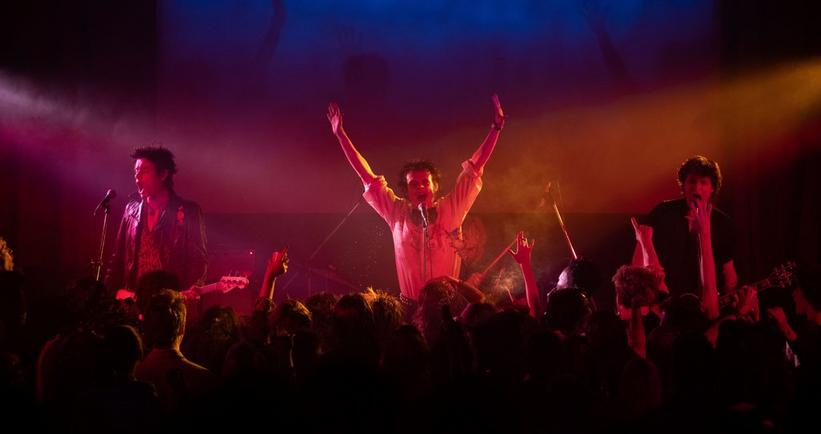 A scene from "Pistol," a miniseries chronicling the rise and fall of the Sex Pistols

From "Rap Sh!t" To "Pistol" And "Treme": 8 Must-See TV Series For Music Lovers

Whether you’re in the mood for a prestige drama about the '70s rock scene in New York or a sketch comedy series about a fictional "Soul Train"-esque variety show, these eight music-infused series will strike the right chord.

With more content at our fingertips than ever before, it can be challenging to find the perfect series to binge during a chill weekend. Luckily for music fans, the content boom has provided a steady stream of shows about music, covering everything from artistry and production to behind-the-scenes drama and more.

If musicals are your genre of choice, there’s "High School Musical: The Musical: The Series," "Schmigadoon!," "Rise," and "Katy Keane." For a deeper look into music history, check out "Hip: Hop Evolution," "This Is Pop," and "Soundbreaking: Stories from the Cutting Edge of Recorded Music." When it’s time for drama, "Roadies," "Monarch" and "Queens" have got you covered.

From prestige dramas about post-Katrina New Orleans to a raunchy comedy about estranged friends who form a rap duo, there are countless new and classic music series available to enjoy. Here are eight shows about music to add to your watchlist.

Set in one of the oldest Black American neighborhoods in the United States, this critically acclaimed HBO drama offers viewers a glimpse into the lives of residents in the Tremé neighborhood as they navigate the aftermath of Hurricane Katrina.

Featuring a talented ensemble cast of actors and musicians, "Treme" is a must-watch for music lovers and fans of prestige dramas, who will enjoy the seamless blend of drama, musicality, and authenticity. The series, which ran for four seasons, features notable musical performances from esteemed musicians like Elvis Costello, Jon Batiste, Soul Rebels Brass Band, Shawn Colvin, and Jon Boutte, as well as the show’s lead Wendell Pierce (who learned to play the trombone for the role).

Fans of "The Wire" will notice a few familiar names in the credits (including co-creator David Simon), and stars many of the iconic show’s powerhouse alums, including Clarke Peters, James Ransone, and Edwina Finley.

Sex, drugs, and rock ’n’ roll serve as a recipe for disaster in this HBO drama produced by Martin Scorsese, Terence Winters and Mick Jagger. Set in the early ‘70s New York, "Vinyl" centers on the trials and tribulations of Richie (Bobby Cannavale), the president/founder of a failing record company that has failed to keep up with the rapidly changing times. The short-lived series deftly blends fiction with music history — in the pilot, Richie tries to convince Robert Plant of Led Zeppelin to sign with his label right before the band plays Madison Square Garden. (The real Led Zeppelin also played the Garden in 1973.)

Jagger’s influence can be heard throughout the show’s soundtrack, which features songs by Otis Redding, Ruth Brown and Ty Taylor, among many others. From interactions with Andy Warhol to hard-partying with Bowie and Lou Reed, Jagger’s personal experiences are peppered throughout, lending an authenticity to the period drama.

Other highlights include Olivia Wilde’s energetic portrayal of Richie’s wife Devon, a free-spirited former Factory girl who is frustrated with suburban life and ready to lash out. Ray Romano, Juno Temple, Max Casella, Jack Quaid, and Susan Heyward round out the cast.

For a hilarious walk down memory lane, the first season of "Sherman’s Showcase" is where it’s at. Inspired by "Soul Train," "American Bandstand" and "In Living Color," this IFC comedy series explores the history of a long-running fictional music variety show, with themed episodes that jump around from the ‘70s to the late 2010s. Like every great musical variety show, "Sherman’s Showcase" is anchored by a charismatic host, Sherman, played by the show’s co-creator Bashir Salahuddin. With his trademark parted afro and dark shades, Sherman is an entertaining, velvety-voiced schemer, who’s constantly at the center of the show’s drama — most of which he creates — and successfully channels the smooth demeanor of late "Soul Train" host Don Cornelius.

Fans of hip-hop and R&B will enjoy the show’s nostalgic musical references as well as the cameos and performances from high-profile musicians, actors and comics. Common, Morris Day, Ne-Yo, John Legend (who produces the show), Marlon Wayans, Tiffany Haddish and Mario Van Peeples all feature on "Sherman's Showcase." Rapper Vic Mensa stars as a Prince-inspired character named Charade in one of the season’s standout episodes. His performance of "Vicki, Is the Water Warm Enough" is a catchy parody that riffs on an opening line from Prince’s "Computer Blue." The song is not only hilarious, but also demonstrates a real appreciation and understanding of the source material.

The show’s first season is available to stream, and you can catch new episodes when the second season premieres on AMC+ and IFC in October.

This Hulu coming-of-age series chronicles the formation of the revolutionary hip-hop crew from Staten Island, New York, told through the lens of RZA, the series’ co-creator/original Wu-Tang member. Set during the 90s’ crack epidemic, the coming-of-age drama centers on young Bobby Diggs, aka RZA, as he brings together a group of aspiring rappers from his neighborhood — each battling their own demons — to form the legendary hip-hop collective.

Taking inspiration from "The Wire," the show weaves addiction, drug distribution, and street violence into its narrative, pitting pre-fame Wu-Tang members against each other in such a way that it seems miraculous that they wound up making music and touring the world together.

While the drama is compelling on its own, hip-hop heads will also dig the special milestones sprinkled throughout — for instance, in the show’s pilot, a pre-fame RZA (played by Moonlight’s Ashton Sanders) produces the beats for the group’s classic "Wu-Tang: 7th Chamber," in his makeshift studio.

Before her epic turn as Catwoman in The Batman, Zoe Kravitz starred in a Hulu reboot of the 1999 cult classic High Fidelity, as a reimagined version of John Cusack’s iconic, music-loving character. In the rom-com series, Kravitz plays Rob, a record store owner in Crown Heights, Brooklyn, who is living life on her own terms. A music devotee, serial dater, and dear friend to the store’s clerks Clyde and Cherise (played by scene-stealer Da’Vine Joy Randolph), Rob’s music infatuations, Top 5 lists, and drama-filled dating life offer viewers both drama and laughs as well as something to relate to.

Kudos to the show’s elite team of music supervisors — which includes GRAMMY winner Questlove — who curated an inspired mix of popular and lesser-known tracks that complement the show’s themes while giving you a head-bopping moment. Minnie Ripperton, Serguei, Wastewomxn, Bad Brains, the Replacements, David Bowie, Mavis John, and Luther Vandross are among the series’ featured artists.

Julie (Madison Reyes) is a teen musician struggling to re-embrace music after her mother’s death, when she encounters three teen ghosts from an emerging ‘90s pop-rock band whose lives were cut short right before their big break. When the ghost rockers discover that people can hear them play music, they enter into a mutually beneficial partnership with Julie to help everyone’s dreams come true.

This lighthearted dramedy is great family fare with an upbeat pop-rock soundtrack and original songs performed by the show’s talented young cast who also sing and play their own instruments. The upbeat and catchy "Now or Never" serves as a great introduction to the story and Reyes’ vocals shine in fan-favorite "Edge of Great," which sets the stage for a deeper emotional connection between Julie and Luke (Charlie Gillespie).

This electric six-part miniseries chronicles the rise and fall of the Sex Pistols — an iconic British punk rock band that set the music world ablaze in the ‘70s with their audacious sound and controversial lyrical content. Told through the lens of guitarist Steve Jones, "Pistol" is an energetic watch that spotlights the band’s highs and lows, from hit singles and instant notoriety to constant clashing and self-destruction. The limited series is a bit more glossy and sweet than the nonfiction documentary about the band, The Filth and the Fury, but retains a degree of edginess thanks to Danny Boyle’s direction and Anson Boons’ animated portrayal of lead singer Johnny Rotten.

Fans of ‘70s rock and pop will adore the series’ soundtrack, which features some of the Sex Pistols’ biggest hits alongside tracks from music legends like David Bowie, Quincy Jones, the Who, Otis Redding, and the Pretenders.

"305, we live!" sums up the spirit of this Issa Rae–produced show that follows the trajectory of two up-and-coming female rappers from Miami. Shawna (Aida Osman) is a hotel attendant and part-time scammer who dreams of becoming a conscious rapper. After reuniting with her estranged friend Mia (KaMillion), an outspoken emcee, they join forces to form a rap duo a la the City Girls (who also executive produce the show). Miami rap is at the heart of each episode, and songs by Trina, Trick Daddy and other rap legends from the region anchor the show’s soundtrack.

Music From The Issa-Verse: How Issa Rae Infuses Music Into Her Work, From "Insecure" To "Rap Sh!t" 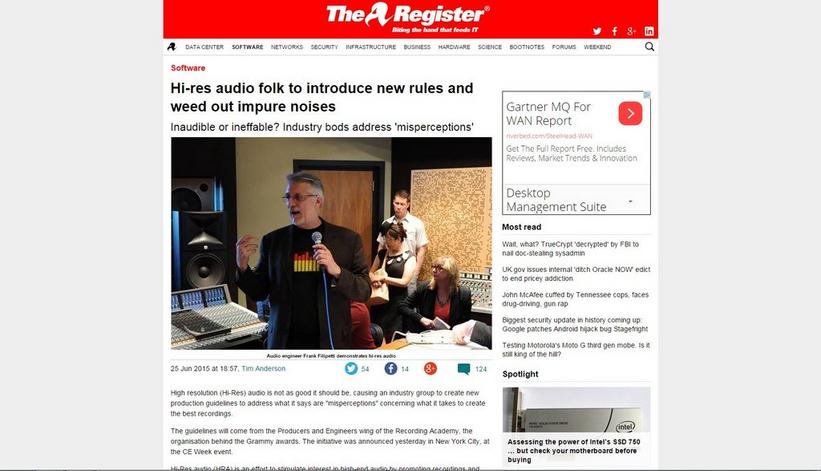 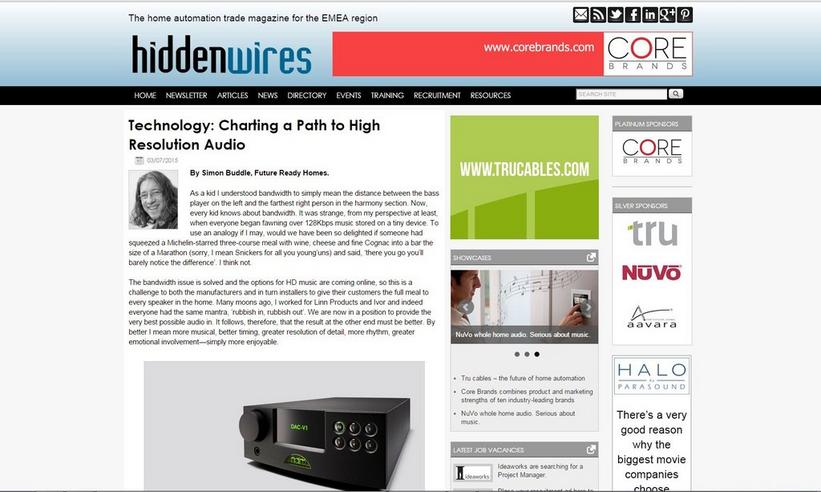 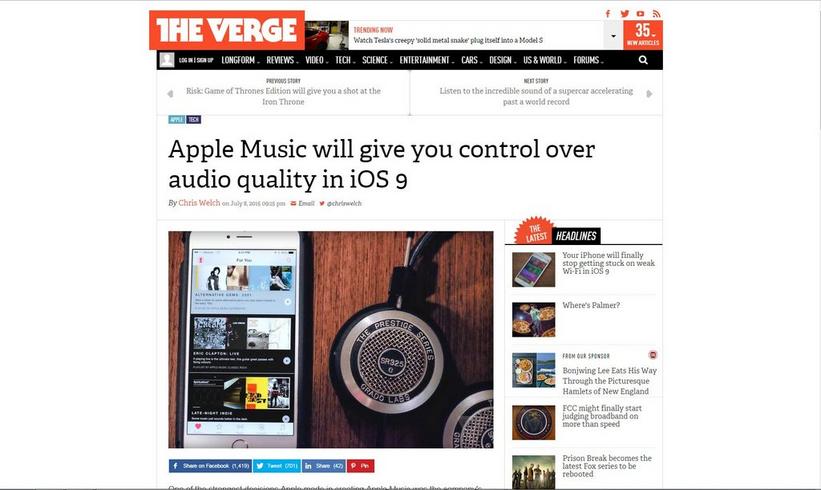 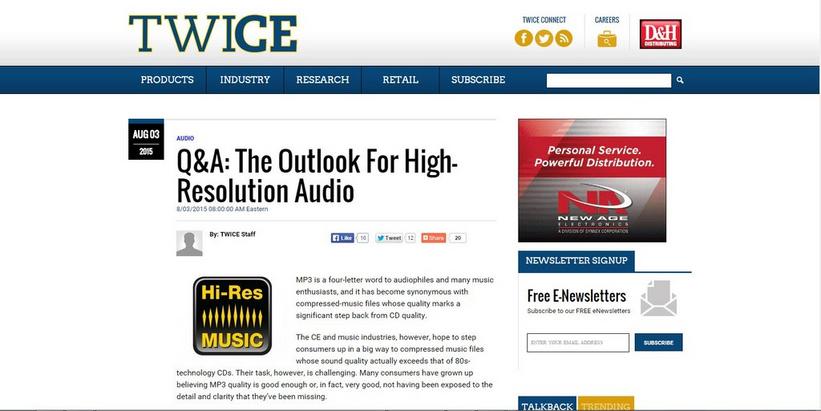 Q&A: THE OUTLOOK FOR HIGH-RESOLUTION AUDIO