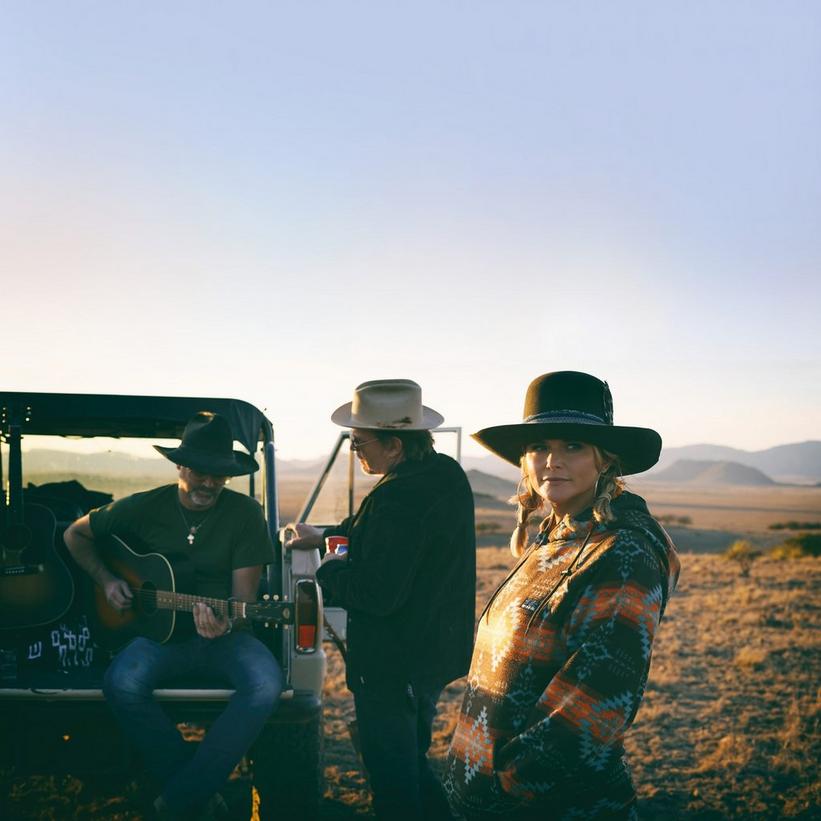 Miranda Lambert, Jon Randall & Jack Ingram’s 'The Marfa Tapes' is an auditory glimpse into the mountainous horizons that surround Marfa, Texas. Lambert talks to GRAMMY.com all about the making of it

In March, Miranda Lambert picked up a third GRAMMY win (her second for Best Country Album) thanks to her 2019 project, Wildcard. The album’s technicolor sonic landscape yielded both edgy rock anthem “Mess With My Head,” and the dreamy, hopeful “Bluebird,” which became a No. 1 hit and earned Lambert two additional GRAMMY nominations in 2020.

Celebrating the win looked a little different for the singer/songwriter this year due to the pandemic, but she had one of her biggest supporters next to her nonetheless. “I got to celebrate with my husband who reminded me to soak it all in,” she tells GRAMMY.com. “ [He told me] that I won for my category with the highest honor in recorded music. And an honor is exactly what it meant and continues to mean to me.”

Since releasing her major label debut 16 years ago, Lambert has never been one to rest on her laurels. She’s preferred to constantly seek new ways of challenging herself, whether it’s been through her projects, like channeling the pain of a high-profile divorce into 2016’s double album, The Weight of These Wings, or teaming with Ashley Monroe and Angaleena Presley in 2011 to form the Pistol Annies trio.

But at the heart of it all has been Lambert’s talent as a top-shelf songwriter and vocalist. And as she tackled another collaborative project, this time with co-writers and fellow Lone Star State natives Jon Randall and Jack Ingram, it’s those skills that take center stage again. To make the album, the three decamped to one of their favorite songwriting places—tiny Marfa, Texas, which sits just over six hours west of Austin. There, they sat around a campfire and spent days writing and recording demos of new songs.

The result is the new sparse, acoustic album The Marfa Tapes, released last month, which offers a raw listen to the songwriting process, and an auditory glimpse into the spacious and mountainous horizons that surround the small Texas city. Throughout songs like the wistful “In His Arms” or “Geraldene”—a pointed takedown of a second-rate “Jolene”-like character—listeners can hear the crackle of the fire, the rustling of leaves and nearby animals, off-the-cuff banter from the three songwriters, and even a plane as it flies overhead.

Lambert recently spoke with GRAMMY.com about her experience making The Marfa Tapes, why working collaboratively is so important to her, and what is ahead for her work with Pistol Annies.

How did you discover Marfa, Texas?

Jon Randall first discovered Marfa by looking at an atlas and picking the spot in the middle of nowhere in Texas. He mentioned Marfa to both Jack and I and one day when Jack was playing Midland, Texas, we just decided to go and see him play and then go to Marfa to hang out. It was the perfect place to disappear for a few days and be with friends.

What is it about that particular spot that allows you to open up creatively?

When one is in Marfa, you are just taken by the raw beauty of the landscape. It is very inspiring with not much else to do but write songs!

You, Jon and Jack have worked together for some time. They are co-writers on “Tin Man,” which was included on The Weight of These Wings and reappears on this album. What does each of them bring to the table, creatively, that makes this collaboration work so well?

There is a comfort the three of us have from working together since we took our first trip to Marfa in 2015. I think each of us brings a different perspective and strength to songwriting so that we really complement one another. In the end we get some great songs out of it.

You, Jon and Jack wrote this project in September. How did having time off the road over this past year impact the album?

Having all that time brought an opportunity to do a lot of thinking, being creative and putting everything in perspective. It made me reflect on my songwriting and what I wanted to say. The pandemic brought another opportunity to go back to Marfa write without a business goal in mind, which is true freedom.

Most music released today is focused on having everything sound so perfect. Was it challenging for you to release a project that celebrates those imperfections that come as part of the creation process?

It was a challenge in a sense that the three of us were completely vulnerable. You can literally hear the cows in the background and the planes flying overhead. The rawness that this project offers is very special. Listeners are invited into the songwriting process which is a rare glimpse in on the magic.

You recently released the clever and hilarious “Geraldene” from this album in late April. What inspired that?

Jon, Jack and myself always say if you have been out on the road, you have met Geraldene. She is Jolene’s younger sister that never got the proper attention. We started joking about the various Geraldenes we’ve met on the road and before you know it, the song was born.

The album closes with "Amazing Grace (West Texas)." How did that song idea come about?

There is a saying that “all that Texans love to talk about is Texas!” It is truly a state with so much to offer and it is so vast. This song was our ode to the beauty of West Texas and specifically Marfa where we recorded.

You recently hinted at some upcoming new work with Pistol Annies. Are the three of you recording new music, and where are you at in that process?

I’ll leave it at, we are writing and I hope you get to hear something sooner rather than later!

It is interesting that a lot of the music you have out—The Marfa Tapes, your “Drunk (And I Don’t Wanna Go Home)” duet with Elle King and work with Pistol Annies—are all very collaborative. Is part of that desire to be collaborative due to everyone being so isolated during the past year?

I think that is a part of it but it is also fun to work on different styles of music that may not be a fit for my solo work. The collaborative process lets you work outside those boundaries and comfort zones.

Once you begin working on a new solo album, could any of the songs from The Marfa Tapes find new life on that project?

Never say never! It will all depend on the music that I will be creating for that record.

Chase Rice On His Brotherhood With Florida Georgia Line, Being Unafraid Of "Bro-Country" And Finishing The Album 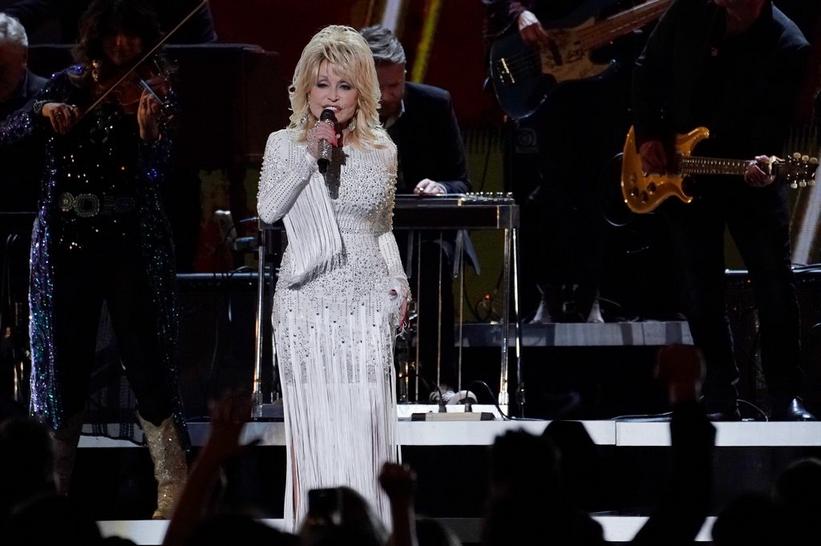 In celebration of Netflix's 'Dolly Parton: A MusiCares Tribute' out April 7, we want to know your best-loves Dolly Parton tune. From "9 to 5" to "Jolene," which one is your favorite?

In celebration of all the wonderful things Dolly has brought into our lives, we want to know what your favorite song of hers is in our latest poll. Vote below, and make sure to tune into the star-studded Dolly tribute concert on Netflix on April 7.

Kelly Clarkson To Perform National Anthem On Super Bowl
GRAMMY winner and 54th GRAMMY Awards performer Kelly Clarkson is set to perform "The Star-Spangled Banner" prior to Super Bowl XLVI in Indianapolis on Feb. 5, according to a Billboard.biz report. GRAMMY winner Miranda Lambert and current GRAMMY nominee Blake Shelton will perform "America The Beautiful," and Madonna will be the featured performer during the halftime show. (1/12)