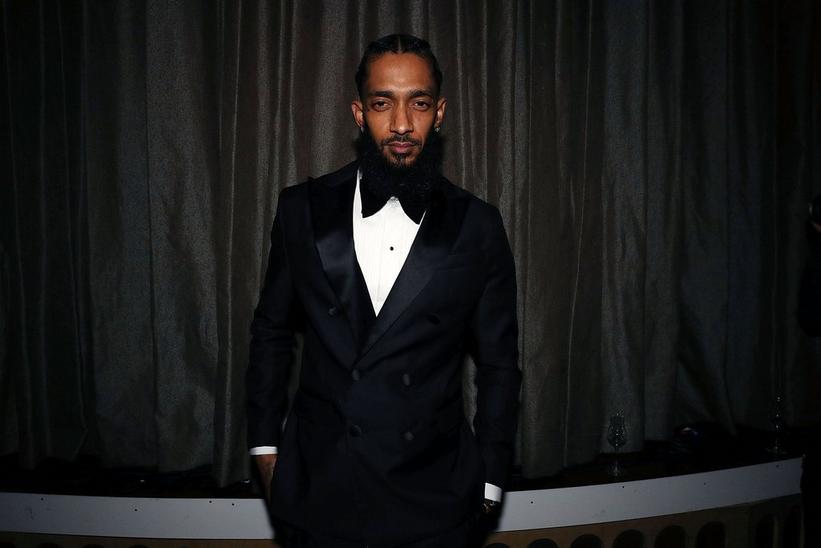 The GRAMMY-nominated rapper was fatally shot outside of his clothing store, the Marathon Clothing, in Los Angeles, on Sunday

GRAMMY-nominated rapper and activist Nipsey Hussle was fatally shot outside of his clothing store, the Marathon Clothing, in Los Angeles on Sunday (March 31), police confirmed. He was 33.

Hussle, born Ermias Asghedom, highlighted life in South Los Angeles and the socio-economic struggles people in the community faced, from single mothers working to feed their families to his own rise from financial struggle, through his poignant lyrics. He released his much-awaited official debut album, Victory Lap, in February 2018 after years of releasing several mixtapes, including The Marathon mixtape. For Hussle, creating the album was a weaving of his experiences and represented a coming full circle on his own terms.

"We want to just hear great lyrics, great music, great flow and great storytelling and so I just wanted to really be intentional that that was the goal with the album," he told the Recording Academy. "You know, I even had a conversation with the label people and it was just like, you know, the heads of the label, but what do you all expect from me on this one? Because for me, but my goal, my big picture goal to move forward and to make a step toward what my goal is as an artist, I need to make something really authentic and really organic on this first one."

The debut album was nominated for Best Rap Album at the 61st GRAMMY Awards and was a project that Hussle made with fans in mind.

"When I went into recording this album I [had] a ton of mixed tapes ... So I just went back through all of my projects and I listened and I put myself in the mindset of a fan. And I was like what made me a fan in it, you know? And each project had two or three moments that people really held onto," he said. "Some have more than others and I wanted the album to be a collection of those moments. I didn't want to be nostalgic, but I wanted to be aware of why they're connected.

Hussle, a native of the Crenshaw district in South Los Angeles, was also an entrepreneur and activist who was heavily invested in his community. A day before the launch of his album, he opened a co-working STEM Center in the area called Vector90 Too Big To Fail. He owned a clothing store on Slauson called The Marathon Clothing.

Beyond being a businessman and an artist, Hussle was also a loving father of two. Fatherhood served as an inspiration for his music:

"Fatherhood has affected and inspired me deeply ... when I went about doing music, I was really in the studio, spending the night, you know, sacrificing my personal time. Just really putting all my energy and time into the studio and I thought that was the most effective way to do it, he said. "But then having a kid, my daughter years back and then my son recently, it made me understand a balance and you might even get more inspired leaving the studio some time, going out and living and just taking her, your daughter, your kids somewhere and you might come back and what you've been trying to do sitting in this room wasn't going to get done sitting in this room.You had to go out and breathe a little bit and come back in and you refresh and you ready to go. "

Hussle saw life as a metaphor for a marathon that included not only his resiliency, but also his community's. "Make sure that you stick to what you believe in," he said. "The story that I'm telling on this album made the moment that I'm in even more special and important because it shows you the distance and the ground we covered."

Hussle is survived by his girlfriend, actress Lauren London, and his two children.