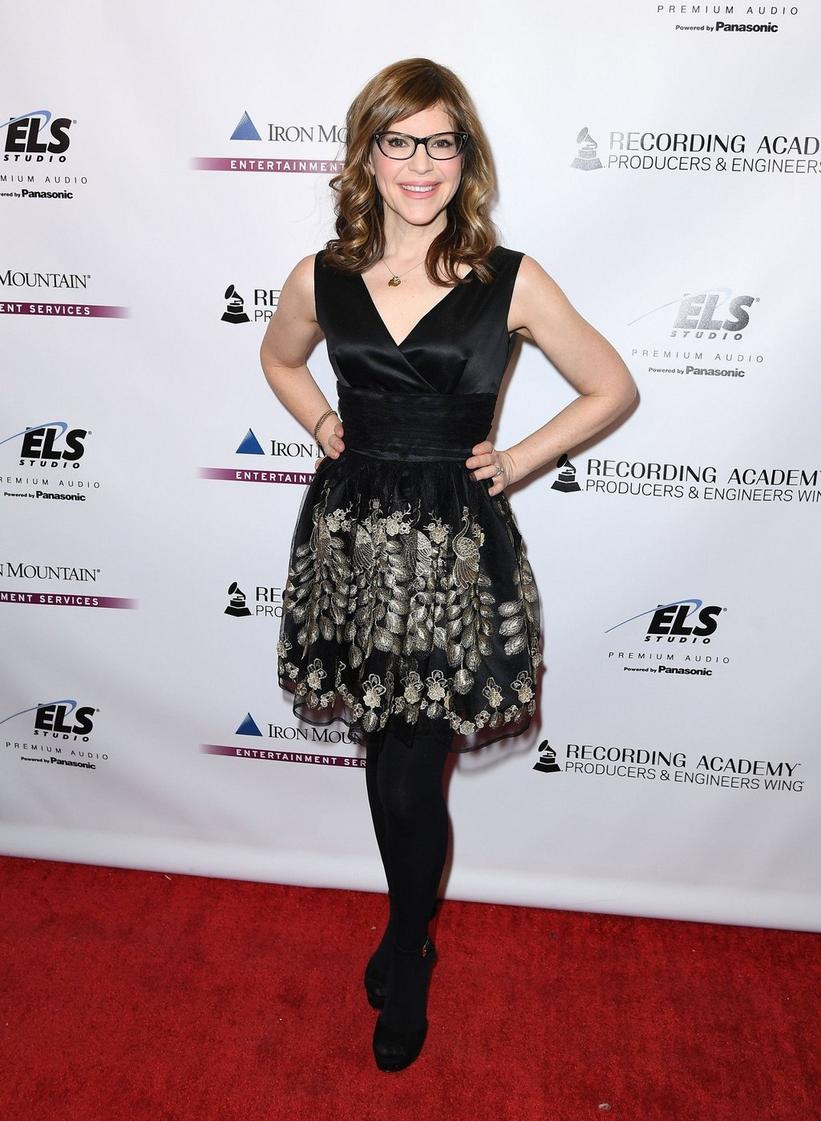 Lisa Loeb Nominated With Her Friends From "The Office"

Lisa Loeb's single "Stay (I Missed You)" was nominated for Best Pop Performance By A Duo Or Group With Vocal at the 37th GRAMMY Awards and now she's back for the 60th GRAMMYs with Feel What U Feel, nominated for Best Children's Album.

Feel What U Feel comprises 12 tracks geared toward passing along valuable messages to kids. She did this with a little help from her friends. Craig Robinson from "The Office" makes a guest appearance on her album, singing a cover of "It's All Right To Cry," which Loeb says had been "one of her favorites" from Marlo Thomas' Free To Be … You And Me album.. Ed Helms from "The Office" guest-starred, playing banjo on a song too. Loeb says she felt her "great group of collaborators" succeeded in making an album that worked both as songs and messages.

In addition to the gratitude she feels for the collaborators on her own album, she's also excited to be in a category of other high-level talents.

"I'm so happy to be in a category where there are so many other people who I really respect," she says, calling out Alphabet Rockers, Gustafer Yellowgold, featuring Morgan Taylor who was Loeb's co-writer on her song "Matches," Ladysmith Black Mambazo, and Justin Roberts.

With her usual knack for the unexpected, if Loeb wins on Music's Biggest Night, her intention regarding where to exhibit her GRAMMY statuette in her home is "probably next to the pink Darth Vader face on the bookshelf."

Although her humor is real, the messages on her latest album are serious because parents care about getting good messages to their kids, Loeb explained, such as "appreciating things in your daily life, respecting other people, respecting your own feelings."