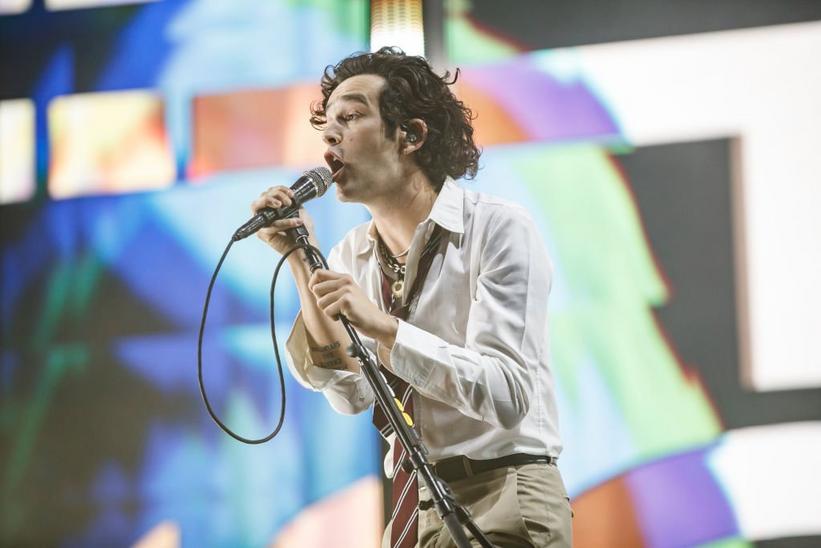 The 1975's Matt Healy Pledges Only To Play Gender-Balanced Festivals

In a new interview, Healy discusses how artists can lead the charge for gender equality in the music industry

According to a recent interview with The Guardian, Matt Healy, frontman of the GRAMMY-nominated English band the 1975, has pledged that the band will only perform at festivals with lineups that are evenly representative of gender identities.

The artist's call to action follows backlash from fans, artists and music industry personnel who criticized the U.K.-based Reading and Leeds festivals after the announcement of their 2020 lineups revealed a list of predominately male acts to perform at the show.

Of 91 artists and bands announced, 20 are women or at least one member of the band is a woman. Only three acts out of the 18 that will take the fests main stages are women. The top 13 artists announced and featured at the top of the festival’s bills are men, with artists Lady Leshurr, Mahalia and Mabel among the few women who will round out the lineups.

In 2018, Pitchfork reported that in 2017, there was no music festival lineup that reached an even 50/50 split of male to female or non-binary artists. By the next year, only three had accomplished the feat: Pitchfork Festival, Panorama Festival and FYF. Further, the report found that across 2018 festival lineups, an overwhelming 70% of those acts were men.

The issue is one that Healy feels can be alleviated with actionable commitment to change by artists themselves.

In the interview, The Guardian's Deputy Music Editor Laura Snapes proposed that the band create new conditions about where they will and will not conduct future performances considering the disparagement. "Add a condition to your rider that says you’ll only play festivals that commit to X% (ideally 50%!) acts that include women and non-binary performers," she said.

In response, Healy said: "Take this as me signing this contract – I have agreed to some festivals already that may not adhere to this and I would never let fans down who already have tickets. But from now I will, and believe this is how male artists can be true allies."

Similar initiatives have taken place throughout the industry, with festivals like Liverpool Sound City and the BBC Proms pledging for their lineups to be at least 50% female by 2022 under the Keychange Initiative.