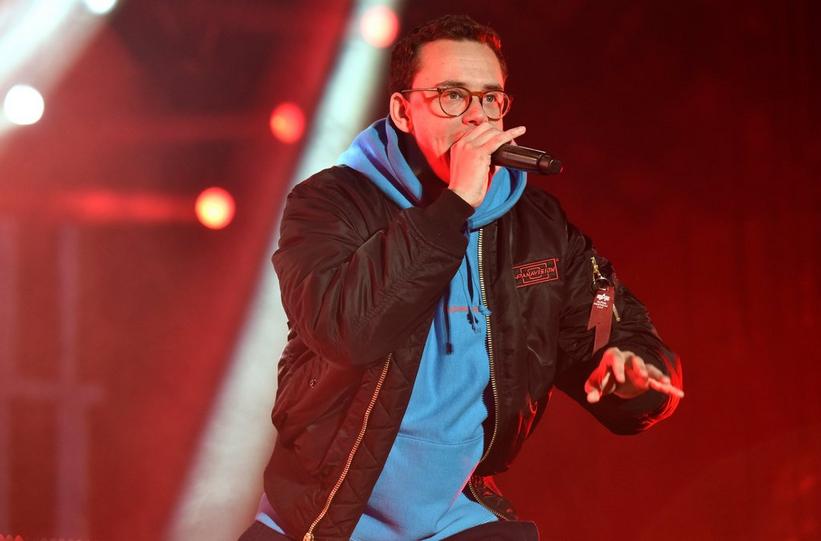 Logic has done what no other rapper has been able to: land at No.1 on the New York Times Best Seller List.

The GRAMMY-nominated rapper's debut novel Supermarket landed at the top of the Paperback Trade Fiction list on April 3. The book, released March 26, knocked off A.J. Finn's The Woman In The Window from the No. 1 spot, which it held for three weeks.

The charismatic lyricist posted his reaction to the news on social media: "Humbled. Thank YOU all," he tweeted. His response posted on Instagram stories was a little more animated: "Oh woooorrrdddd???" he wrote over an image of the list showing his accomplishment.

The book, which came with an accompanying soundtrack with the same name, covers depression and anxiety through the eyes of a young man whose life is changed when the supermarket he works at becomes a crime scene.

Logic, born Sir Robert Bryson Hall II but using the penname Bobby Hall, told the New York Times he had been looking for a new project and didn't "want to necessarily just be stuck in music.” The book is his latest venture writing outside of music; he co-wrote Everything Must Go with Will Ferrel and produced by J.J Abrams.

Supermarket also marks the latest avenue for the rapper to tackle mental health. His song "1-800-273-8255," about suicide prevention, was nominated for Song Of The Year and Best Music Video at the 60th GRAMMY Awards in 2018. Logic has opened up to the Recording Academy about the struggles he's faced talking about his experience with anxiety.

"I was so scared for so long to say that because society has lead me to believe that my anxiety is stupid and shouldn't be talked about, or that suicide, 'Who cares, who's weak enough to kill themselves?,' which is the most terrible, disgusting, ugly thing somebody can say," he said. "That's why I decided to write about these topics."

At the 2018 GRAMMYs, he told reporters in the TV/Radio room that the response to the tour he went on in which he visited fan's homes leading up to the release of  2015's The Incredible True Story and prior to the release of "1-800-273-8255"  was that he was saving fans' lives. "The fact that I could save a life and I wasn't even trying to, I had to ask myself, with this power that I've been blessed to have as a musician and an artist, what if I actually tried to do it? and that's why I made this song 1-800."