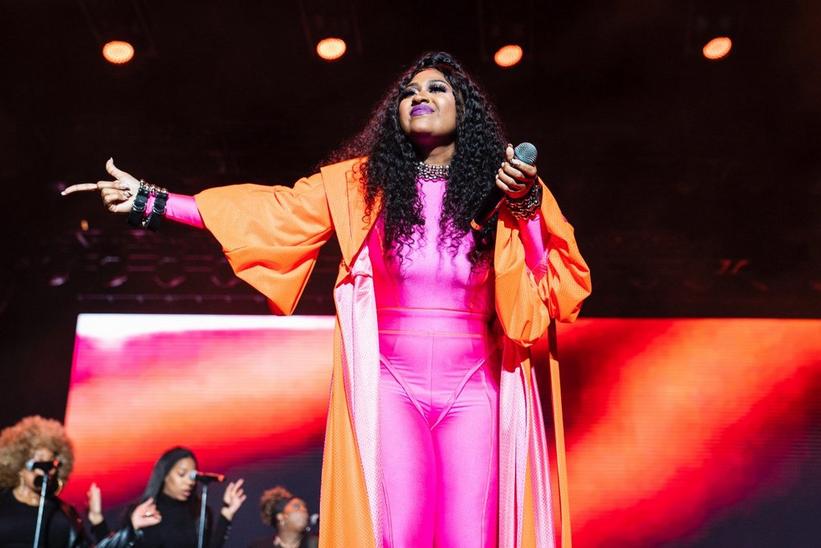 From Summer Walker to Jazmine Sullivan to Patti LaBelle, all the girls came ready for the party — while Janet Jackson took audiophiles at Essence Fest 2022 through a myriad of her classic hits.

Well, Essence Fest 2022 certainly began with a bang. Nicki Minaj showed why she's still a rap tour de force, keeping everyone up past their bedtime, trying to keep up with her supercharged lyrics. Looking to outdo the curfew from Friday night, the Coca-Cola-presented night of Black joy found 80,000-plus attendees packing out the Caesar Superdome in New Orleans for ever more Black girl magic.

DJ D-Nice impressively brought his Club Quarantine to the stage, where audiophiles were treated to a healthy dose of hype as he brought Dru Hill, Stephanie Mills and El DeBarge for some nostalgic jubilation. Summer Walker followed afterward, gracing the stage with a fully stocked band and plenty of plant life to nurture the stage with peaceful energy — all for an audience eager to behold her talents.

Read More: Why Hip-Hop Heavyweight D-Nice Is Headlining DC Jazz Fest 2021: "To Me, Jazz Is Infused In All Music"

Upon stepping out, the 26-year-old, self-proclaimed "Awkward Kween" glowed beautifully, showing off her pregnant belly in an outfit that would make Rihanna beam. ("She is our Mary J. Blige," 22-year-old Tierra Damon, who traveled from Las Vegas just to make the event, told GRAMMY.com. "I didn't want to miss her for anything.")

When the Atlanta superstar hit "Girls Need Love" and "No Love" — the latter of which had been remixed into a who's who of mega-mavens like Cardi B and SZA — the phones went up, and you could feel the air shift from the crowd swaying from right to left. All in all, her performance proved that Summer is making this season one to be outside for.

All hail Jazmine Sullivan: she arrived to share some classic songs from her discography, including her GRAMMY-winning album Heaux Tales. After Sullivan stepped out to raucous applause, "Bodies (Intro)" kicked things off nicely before segueing into "Holding You Down (Going In Circles)." She even interpolated the Fugees' version of "Killing Me Softly," making the song catch fire for the true hip-hop heads in the crowd.

Subsequently, Sullivan ushered in some much-needed freaky vibes by covering D'Angelo's "Send It On," transitioning right into "On It" — which made standing six feet apart a nearly impossible proposition. Closing with her smash hit, "Pick Up Your Feelings," Sullivan gave the Superdome a primetime performance — and received a standing O in return.

Day 2 brought the legends-and-icons portion of the show. Patti LaBelle, a phenom who needs no introduction, opened her set with a montage of highlights and special moments with famous friends. She leaned into "Love, Need and Want You" and "The Right Kinda Lover," hitting octaves that still sent groovy chills up and down one's body.

She slowed things down at the perfect moment, going into her metaphorical and literal bag with "If Only You Knew" — she produced a perfumer from her purse and used its fragrance as a sage. Indeed, they don't make singers like LaBelle anymore, and her standout performer — which included a C-walk over Dr. Dre's "The Next Episode" — should remind all the young artists in the game that this is how you command a stage.

One of a few intermissions allowed N'Awlins and the crowd to shower the city's hometown hero, Mannie Fresh, with flowers. The Cash Money producer gave us his staples "I Need a Hot Girl" and "Back Dat Azz Up," which wrested people from their seats and showed why he's a bounce-music forefather.

Then, the lights went completely black — and the crowd knew what time it was.

All stood at attention for the incomparable Janet Damita Jo Jackson. And as she took to the stage, one could feel the atmosphere change — as all eyewitnesses knew that she wasn't coming for play-play.

Running the throng of attendees through her most influential moments in style, Janet came out in a bedazzled, disco-tinged one-piece that had everyone awestruck. Then, she ripped into "Feedback," beginning a show that would not only obliterate Queen Nicki Minaj's show length, but the entire audience's bedtime curfews.

Ms. Jackson had no intention of letting us go quietly into the night, pulling out megahits and rare grooves that marked her four-decade-plus career. With crisp dance moves, live vocals, and the energy level of a person more than half her age, Jackson went through "If," "What Have You Done For Me Lately?," "Control," and "Nasty" with ease.

The latter included a Big Freedia sample to show some Big Easy love to the home crowd. When she went into "Please Principle," "When I Think of You," "Gone Till It's Gone," and "That's The Way Love Goes," Jackson's music director threw in a Mary J. Blige sample that added even more funkiness to the original.

Speaking of that, Jackson played "The Best Things In Life Are Free," a standout cut from the Damon Wayans-led Mo' Money soundtrack — which this writer had never seen her perform live.

As Jackson's set passed the hour-and-a-half mark, she brought the slow-wine vibes with "Funny How Time Flies," "Let's Wait Awhile," and "I Get So Lonely." She then seemingly brought the show to a close with "State of the World," "The Knowledge," "Miss You Much," and "Alright" — which featured the late, great Heavy D.

Afterward, Jackson said her goodbyes, making everyone think the night was over — but it wasn't! Coming in at two hours and 17 minutes, Ms. Jackson wanted to make sure we left with a powerful message, closing out (for this real in time) with "Rhythm Nation."

As with everyone else at Essence Fest 2022, Damita Jo left the crowd in awe. Keep checking GRAMMY.com for more up-to-date coverage of this long-awaited weekend of Black joy! 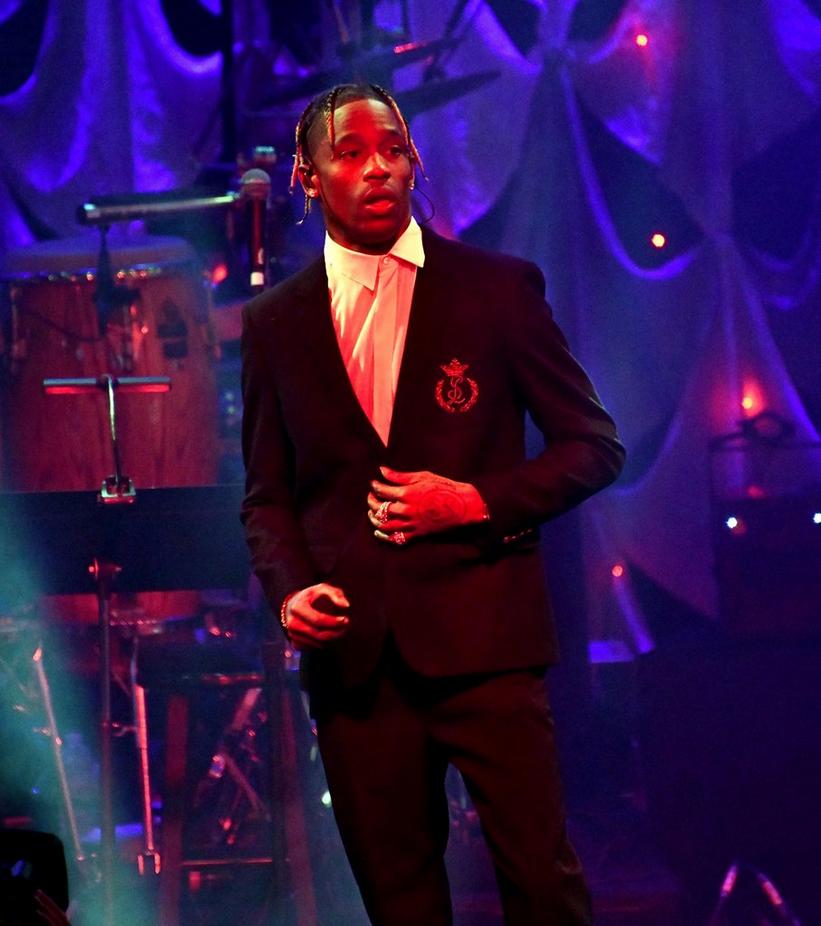 On Feb. 9, on the eve of Music's Biggest Night, the 61st GRAMMY Awards, artists from across genres and decades gathered at the glitzy Beverly Hilton in Beverly Hills, Calif. for the 2019 Pre-GRAMMY Salute To Industry Icons.

Less than 24 hours before the big red carpet walk today, the likes of current GRAMMY nominees Ella Mai, Dua Lipa, Diplo, Shaggy, Alice Cooper and Weird Al Yankovich, and GRAMMY winners Melissa Etheridge and Quincy Jones, brought their vibrant energy and killer looks at the annual celebration hosted by the Recording Academy and Clive Davis. Onlookers tried to spy the glam looks on the red carpet as they peered into the hotel's glass—we'll let you past the velvet rope and walk it with us as at this exclusive music industry event.

This year's who's-who of music gala celebrated iconic industry veteran Clarence Avant, known as the Godfather Of Black Music, as the honoree of the evening. Like event host and fellow legend Davis, he helped launch the careers of many great artists, working with the likes of GRAMMY-winning greats Bill Withers, Kenneth "Babyface" Edmonds and Jimmy Jam and Terry Lewis of The Time.

The video celebrating Avant had countless heroes such as Former President Barack Obama, Jones, Diddy and JAY-Z sharing how much they love Avant, the powerful impact he's made on their lives and music, and how he always knows the right thing to say. Recording Academy President/CEO Neil Portnow introduced him with a fitting complement, and a huge one given the company they were in: "You're the ultimate music person." The Time properly brought the funk on stage to celebrate Avant with a performance of their '80s hits "The Bird" and "Jungle Love," dancing as if no time had passed.

Current GRAMMY nominee Travis Scott set the mood opening the evening's performances with "Goosebumps" and "Sicko Mode," while sisters and fellow nominees Chloe x Halle brought home a rousing cover of the late GRAMMY-winning Queen Of Soul Aretha Franklin's "Sisters Are Doing It For Themselves." Brandi Carlile, another current GRAMMY nominee, returned to the stage to join the duo, along with past nominee Valerie Simpson and Broadway star Keala Settle, ending the evening on quite the high note.

Other musical guests for the evening included current nominees Bebe Rexha, Florida Georgia Line and H.E.R., along with past nominees Jazmine Sullivan and Ledisi, plus GRAMMY winner Rob Thomas. Sullivan and Thomas offered a powerful duet, belting out Aretha and George Michael's "I Knew You Were Waiting (For Me)."

As the evening rolled on, Davis made sure to highlight all the countless legends in the room, as the crowd continuously burst into applause and often up on their feet to celebrate the likes of music greats Barbara Streisand, George Clinton and Dionne Warwick, along with House Speaker Nancy Pelosi, Apple's Tim Cook and even former-L.A. Lakers star Kareem Abdul-Jabbar.

Free events open to the public include The Next Generation: Emerging Artists and Jazz All-Stars concerts on May 7, and a Mother's Day Gospel Concert and Big Band Show on May 8 — all taking place at the LeFrak Center at Lakeside. Free events are open to the public and do not require a ticket.

Ticket prices for GRAMMY Park range from $35 to $175 for VIP packages, and are on sale now via www.GRAMMYPark.com. 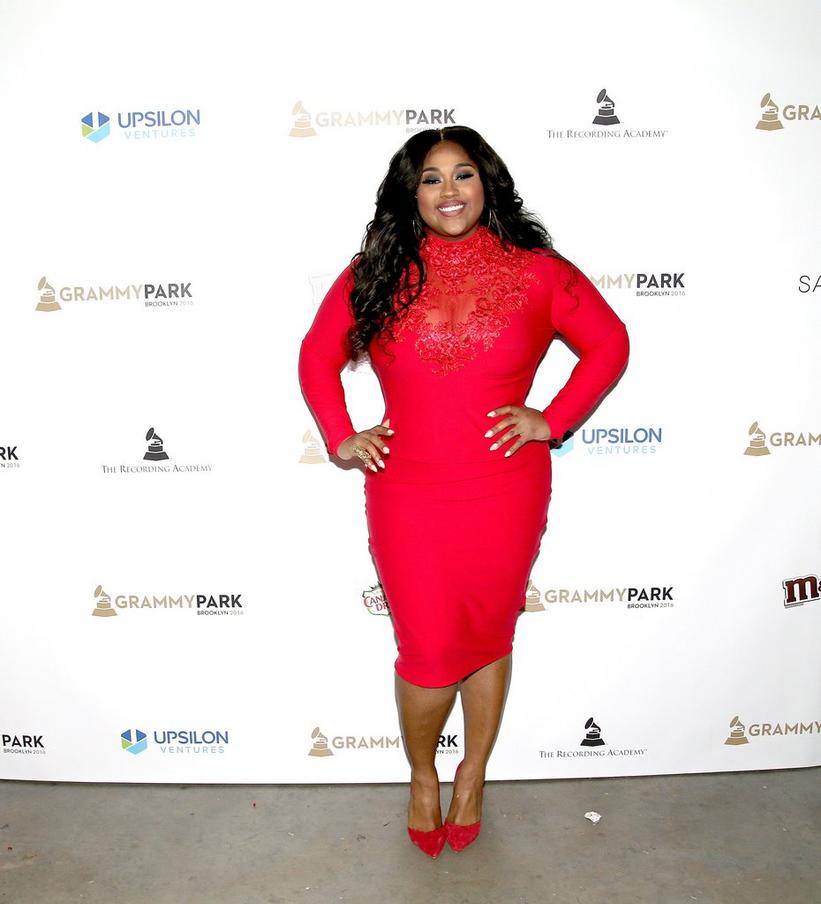 Celebrating its standing as a jazz institution, the Playboy Jazz Festival will celebrate its 40th anniversary this summer with a variety of talent.

Designed as a showcase for jazz, the Playboy Jazz Festival was founded by the late Hugh Hefner in Chicago in 1959. The second festival did not take place until 1979 at the Hollywood Bowl. It has been held annually ever since.

For additional information on the 2018 installment, including purchasing tickets, visit www.hollywoodbowl.com.