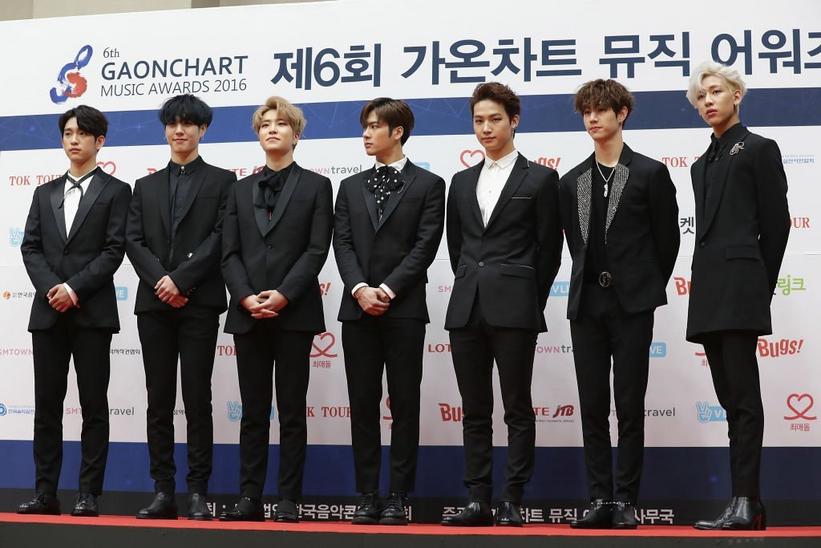 The parakeet at the conclusion of GOT7's new music video for "Look," which was released on March 12, is no accident. As the video's final stunning landscape fades to the night sky beyond a balcony, the bird is a symbol for the group's fan club, IGOT7, which sounds like ahgase meaning baby bird in Korean.

The various settings in GOT7's "Look" video also hit high style with a look-and-feel and sound that seems influenced by the best. The song and dance embodies an up-tempo panorama of luxuries, conjuring the R&B influence of 'That's What I Like" by Bruno Mars, whose six wins at the 60th GRAMMY Awards included Album Of The Year, Record Of The Year, and Song Of The Year.

Billboard refers to GOT7's "body wave" dance performance, but don't let the look of it fool you. While superficially fun, the way their bodies stay fluid while energizing the movements in an athletic and elegant manner really stands out, supplying "dancing" as another point of comparison with Bruno Mars's style and groove.

Eyes On You is the 2018 GOT7 EP hosting "Look" and the hit "One And Only You" featuring Hyolyn. As it turns out, the parakeet perched on the balcony in the video's closing shot is far from  alone. The broad appeal and high-quality presentation of GOT7's latest is an intriguing sign K-pop could make 2018 into another year in which mainstream America joins fans in taking notice.