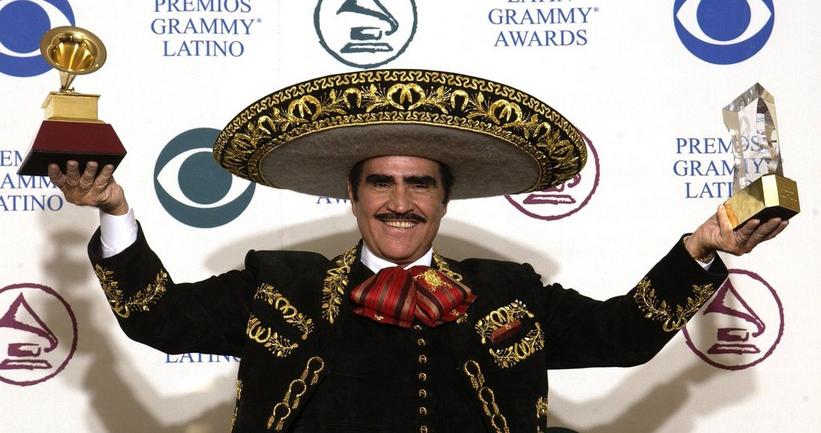 As the world mourns the Mexican icon in the wake of his Dec. 12 passing, the impact of his six-decade career continues to live on

As one of the most illustrious charros ever, Vicente “Chente” Fernández globalized ranchera music with fervor and a gigantic heart.

His unmatched vocal prowess — an electrifying vibrato that would easily turn thunderous in an instant — had the capacity to permeate deep into the soul of any bystander. His timeless, passionate ballads, like “Por Tu Maldito Amor” or “Acá Entre Nos,” were easily capable of wrenching out tears, even to the toughest of men. His chivalrous image exemplified that of a true Mexican caballero, earning several powerful nicknames throughout his career: "El Charro de Huentitán" (The Charro from Huentitán), "El Ídolo de México" (The Idol of Mexico), and "El Rey de la Música Ranchera" (The King of Ranchera Music).

After the world lost the 81-year-old Fernández on December 12, the reaction among the Mexican music community reflected the indelible mark he made. Mexican superstar Christian Nodal paid tribute to the Mexican idol in his opening number during a show in Fresno, California, the night of Fernández’s passing. “Today the mariachi, cinema, Mexican race, and our culture are mourning because we all know this great man planted a seed for all of Latin America, and for the entire world,” Nodal said.

In a similar spirit, the prodigious ranchera wunderkind Ángela Aguilar — granddaughter to the late, great Antonio Aguilar — honored Chente in a heartfelt post on Instagram. “But you are still the King,” she wrote. “A great honor to have known you. A great privilege to have received your affection. You will be eternal, accompanying us always with your melodies. My deepest condolences to your family, friends, and fans. May you rest in peace, fly high.” Her father, Pepe Aguilar, echoed her sentiment in his own post: “A great among the greats! Now his oeuvre has become eternal!”

Perhaps the most heart-wrenching tribute came from Fernández’s son (and star in his own right) Alejandro Fernández. “The lights never shone brighter in the sky,” he captioned a candid photo with his father. “Without a doubt, I could not have asked for a better father, friend and teacher. Thank you for showing me the way. And though we will miss you daily, your spirit and voice will live forever in your family, your town, and your people. I love you, pa’.”

Born on February 17, 1940, Vicente Fernández Gómez grew up in the village of Huentitán El Alto in the municipality of Guadalajara — the globally-recognized capital of mariachi music and charrería, an equestrian tradition. Thanks to Fernández’s monumental success as a singer and actor, the artform ascended far and wide, becoming a symbol of Mexican culture. It’s a style that’s often characterized by men decked in elegant embroidered suits, paired with cowboy boots, large sombreros, and occasional horses in tow. For Chente, it was a way of life. While this culture dates back nearly a century ago (at the tailend of the Mexican Revolution, when rural street performers began inventing the sound), legends like him have helped give rancheras and mariachi music everlasting life.

His legacy expanded beyond music, too: Starring in more than 40 films, the Mexican superstar made his first appearance on the big screen in 1971, at the tailend of the Golden Age of Mexican Cinema. Back then, it was customary to see male protagonists also be spectacular singers, just like other greats before him, including Pedro Infante, Jorge Negrete, Javier Solís, and Antonio Aguilar.

But long before he reached worldwide stardom, young Vicente already knew of his destiny at a mere 6 years old, when he told his mom, “When I grow up, I’m going to be like them,” referring to Negrete and Infante while watching a classic Mexican film. With that goal in mind, he began picking up the guitar and learned the local folk songs of his birth town at just 8 years old.

By his teenage years, Fernández and his family migrated to Tijuana where he became a jack of all trades. Working blue-collar jobs to get his start, he garnered large appeal with his colleagues upon revealing his impressive singing abilities. He soon became a wedding and party singer and fronted local mariachi bands. After being rejected by several big record labels, in 1966 CBS México bid on the future King of Ranchera music — and the rest is history.

With an immense discography comprising over 100 albums (which span six decades, from 1965 to 2018), Fernández accumulated nine Latin GRAMMYs and three GRAMMY Awards throughout his highly prolific career. In 2002, Chente was recognized as the Latin Recording Academy Person of the Year.

Just two years ago, El Rey stepped out of retirement to sing alongside his son and grandson Alejandro and Alex Fernández at the 2019 Latin GRAMMYs. The electrifying performance  showcased an impeccable range and power for a man wearing no ear monitor headphone, and who was 79 years old at the time.

Throughout his 64-year career, Vicente Fernández left an everlasting impression on his countless fans, admirers and beyond. He left behind an eternal legacy that will continue to transcend generation after generation of regional Mexican newcomers and ranchera lovers alike. ¡Arriba, El Rey! 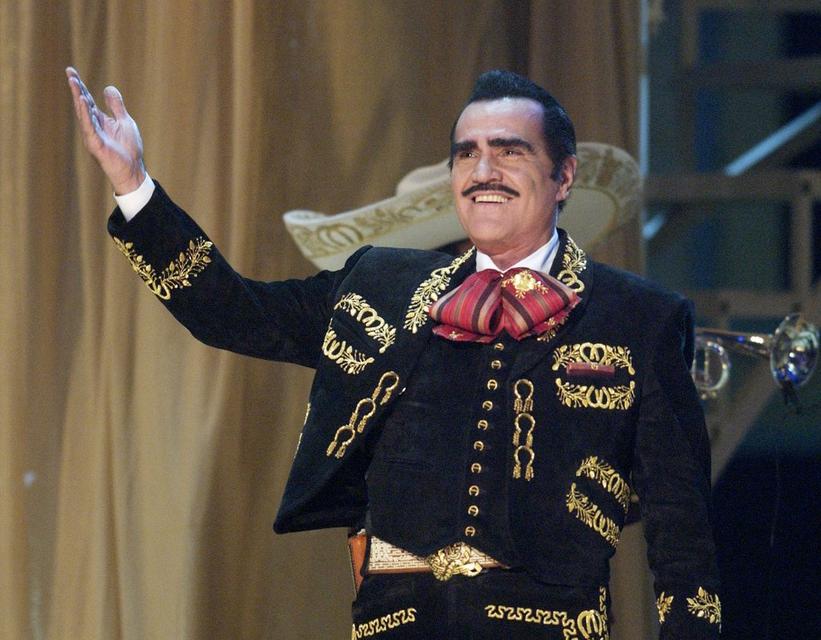 Imagine a time capsule, but instead of containing items, it contained moments. Rather than being filled with the games and technology that represented how people lived, it featured the coolest experiences of the era.

Well, you can stop imagining—because the below edition of GRAMMY Rewind is that time capsule, and ranchera icon Vicente Fernandez accepting his Person Of The Year award at the 3rd Latin GRAMMYs in 2002 is the moment.

Nicknamed "El Ídolo of Mexico" ("The Idol of Mexico"), Fernandez lives up to his title as he dedicates his entire acceptance speech to thanking Mexico and all of Latin America.

With 13 GRAMMY nominations, three GRAMMY wins, and eight Latin GRAMMY wins, the singer has his fair share of acceptance speeches under his belt. Still, his commitment to sharing the honor with his homeland makes this episode of GRAMMY Rewind hard to top.

Check out the video above to go back in time and enjoy more episodes of GRAMMY Rewind below.

For the latest edition of GRAMMY Rewind, watch Mexican icon Vicente Fernández's heart-warming acceptance speech thanking his fans for their long-time support after winning his first-ever Latin GRAMMY in 2002.

That year, Fernandez was also named the Latin Recording Academy's Person Of The Year. To date, the King of Ranchero Music has won eight Latin GRAMMYs and three GRAMMYs.

Since his first win, Fernandez has made special moments at the Latin GRAMMYs. During the 20th Latin GRAMMY Awards, Fernández and his fellow superstar ranchera singer son, Alejandro Fernández, and his grandson, Alex, shared a show-stopping moment with their three-generational performance. After the powerful moment, the elder Fernández was honored with the Latin Recording Academy's President's Award.

Watch the full speech above, for Best Ranchero Album for 2001's Más Con El Número Uno at the 3rd Latin GRAMMY Awards in 2002.