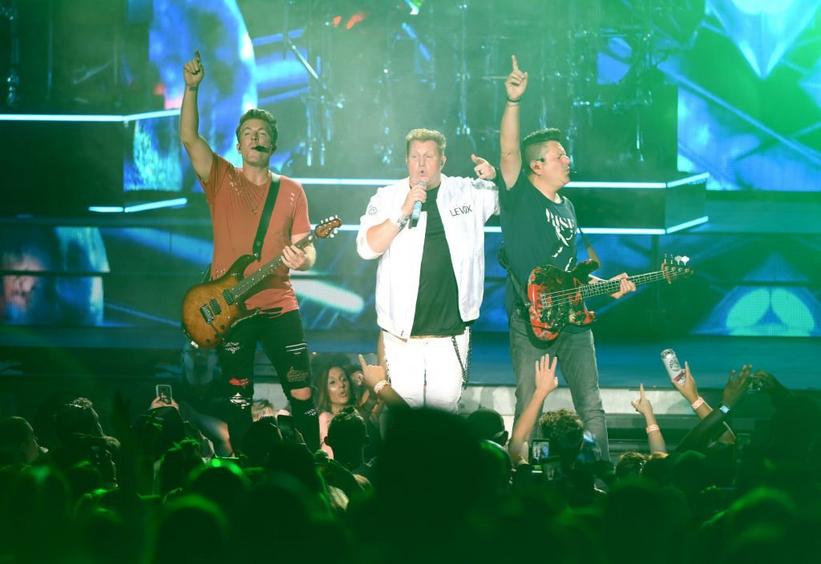 Four-time GRAMMY-nominated country group Rascal Flatts have announced their disbandment after 20 years of bringing some of the most popular and loved country music to the '00s and beyond. The trio broke the news on "CBS This Morning" on Jan. 7 and released a list of tour dates that will serve as a celebration of their 20th anniversary and a goodbye to fans.

"We’re really looking forward to getting to spend this entire year loving on our fans, and thanking them for allowing us to have the most amazing career over the last 20 years," Bassist Jay DeMarcus said in a statement. “While it is of course bittersweet, it is so important to us to celebrate what our music has meant to their lives, as well as what the fans have meant to us. There is no sadness here, just new chapters, new journeys, and new beginnings. Rascal Flatts’ music will live on forever, because of our fans, and this year is all about them!”

The tour, called Rascal Flatts Farewell: Life Is A Highway Tour, will launch in Indianapolis on June 11, will head to Chicago, Buffalo, N.Y.,  Virginia, Beach, Va., Holmdel, N.J.,  Mountain View, Calif., and other cities before their last stop in West Palm Beach, Fla., on Oct. 17.

"When we started out 20 years ago, we could not imagine all of the people, places and gifts we would encounter," LeVox said. "The greatest feeling ever is being told that our music has been the soundtrack to their lives. What greater gift can an artist receive than to be told ‘I got married to 'Bless The Broken Road' or 'We played 'My Wish' at my graduation.' That 'What Hurts The Most' is the song that made me love country music for the first time,' or 'I'm Movin' On' helped me get sober' or even that 'Changed' made me call my family again after not talking to them for years.' That’s why we create music and the reason we can’t wait to celebrate this incredible 20-year journey all year, with our fans who we love dearly. I don't know what God has in store for the future, but I am excited to see what he has planned!"

Rascal Flatts were nominated for Best Country Performance By Duo Or Group With Vocal at the 48th, 49th, 51st and 52nd GRAMMY Awards. They earned countless other awards and reached the top of several Billboard charts, including the Hot 100, Hot Country and more.

No information on ticket sales has been released yet. For a full list of dates, visit the Rascal Flatts website.