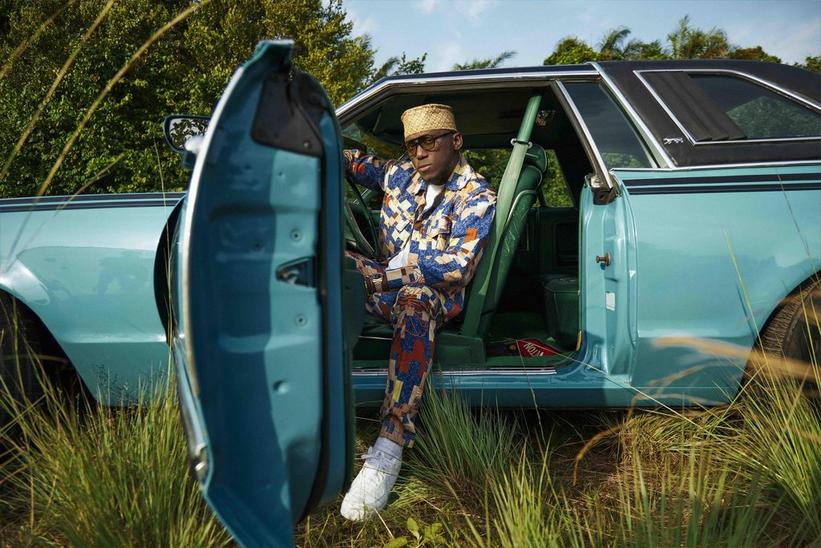 If you haven't listened to Nigerian DJ/producer Spinall yet, time to cue up his beats. He's been spreading the good vibes globally with his sunny, uplifting brand of Afrobeats ever since releasing his debut album, My Story, and launching his label and management company TheCAPMusic in 2014.

In November 2020, he dropped his vibey fifth studio album, Grace, on his label in partnership with Apple's Platoon. The collab-rich project features both new and known talent from Nigeria and beyond, including Tiwa Savage, WizKid, Crayon, R2Bees, and many more.

Now, Spinall's first release of 2021 brings Atlanta to Lagos, as moody R&B heavy-hitter 6LACK hops on the "Sere Remix." Both the original, as featured on Grace, and the brand-new remix feature fellow Nigerians Fireboy DML (on vocals) and Kel-P (on production).

Listen to an exclusive first listen of "Sere Remix" below before it officially drops tomorrow, May 7, and read below to learn more from the powerhouse producer Spinall about the collab, representing Nigeria, his influences, and more.

"Sere Remix" feels like being on vacation. What was the vibe you were trying to create for the track?

The song itself has done all the talking. It's literally the exact mirror to my vibe at the time. I have always made records that connect with the soul. Big love to my brother Fireboy DML & 6LACK and my ever-relentless team.

I have a personal connection with the music I make. From my discography, you can tell I can show you better than I can explain.

Watch: Behind The Board: Catch Up With Afrobeats Hitmaker Kel P In Nigera To Talk Music Production

What was it like collaborating with Fireboy DML and Kel-P on in?

Amazing. Those are brothers and I'm not just saying that because we made a record. We all have history together, so creating magic was meant to be. I'm grateful to them and my team.

To you, what is the quintessential Nigerian sound and vibe?

You are going to need all the grammar in the world to describe Nigerian sound. It is a constantly evolving powerful sound. Our sound has all the elements of great music you can possibly think of. We are actually just getting started.

"You are going to need all the grammar in the world to describe Nigerian sound."

What does it mean to you to represent Nigeria on the global stage?

I'm extremely grateful. I have dreamt of days like this and now I'm particularly even more excited about the bigger picture for all of Afrobeats culture as a whole.

Who are some of your biggest influences in music and life?

Music itself. Music is the winner here. We are all just messengers. I'm also inspired by the legends and the amount of unnoticed efforts behind the scene. Additionally, I'm inspired by anyone who is fighting for a better life but, more importantly, a genuine soul always inspires me.