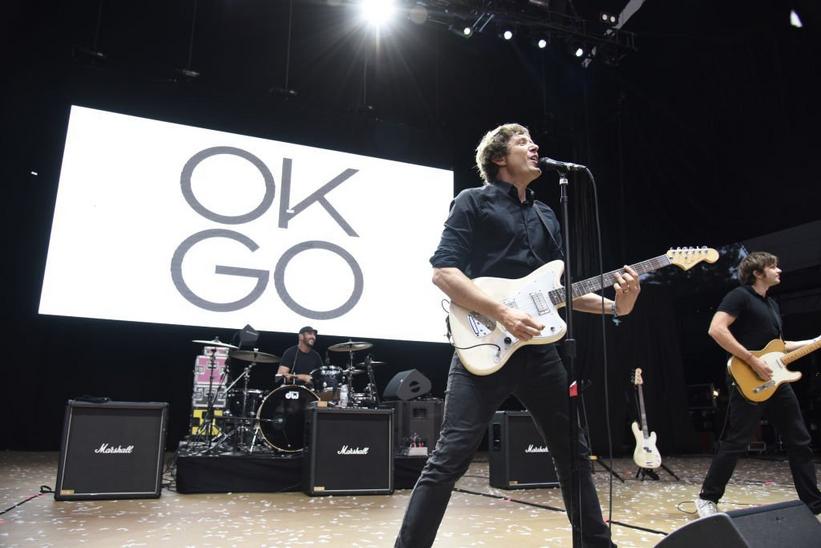 On their new single "All Together Now," released Wednesday (May 13), GRAMMY-winning rock troupe OK Go pay homage to the heroism of frontline workers helping to battle the global spread of the coronavirus. Recorded from the band members' homes and released alongside a visual of the collective performing the single from isolation, the song touches on messages of hope and universal action that have come out of the pandemic.

In an open letter to fans, OK Go lead singer Damian Kulash elaborated on inspirations behind the new track, noting an essay by historian Rebecca Solnit, "The Impossible Has Already Happened: What the Coronavirus Can Teach Us About Hope," and also explaining his own personal battle with COVID after he and family members unexpectedly contracted the virus, having now fully recovered from the frightening process.

Kulash writes that he caught the coronavirus when there were only six known cases in California. His wife, Kristin was bedridden with the virus, and the family’s two-year-old twins caught wind with severe cold and flu symptoms as well. "My heart aches for those who haven’t had the same luck, who are suffering unimaginable loss and hardship, whether from the virus or the havoc it’s wrought on the world," he stated.

"For all of us, the future has gotten scarier and more unknowable, and it’s bearing down on us faster. But for me, as this new strain of anxiety has spread, it’s brought an incongruous companion: a new breed of hope."

In the song, Kulash begins by saying, "It’s all still the same, everything is untouched but forever changed." He continues, singing, "Everywhere on earth, every single soul, everyone there is all together now... All that mattered then, all that matters now, all that matters after the world shut down."

All proceeds from streams and purchases of the song will help to support the global health organization Partners In Health. Each donation will come with downloadable bundles that include the "All Together Now" mp3, exclusive coloring pages taken from scenes of the group’s most iconic videos, and other featured assets. Donations are being accepted here.