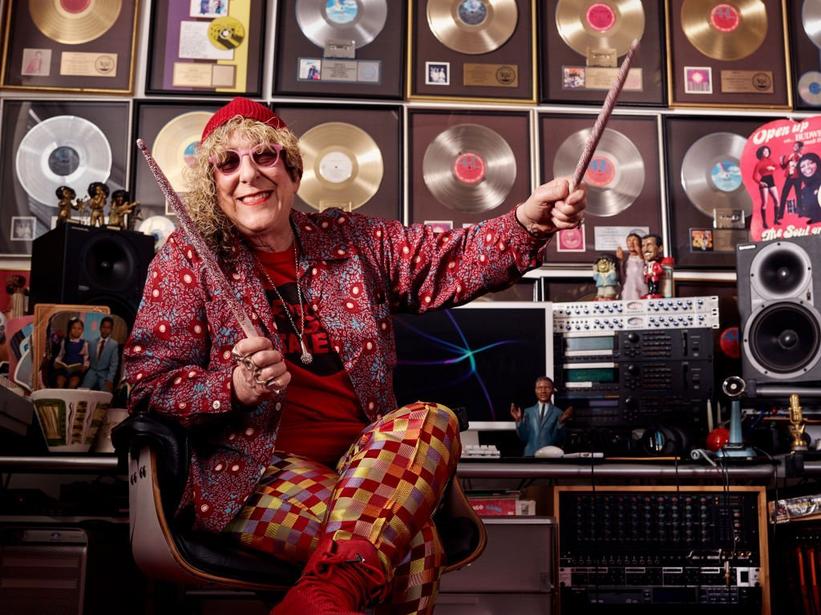 Allee Willis, the GRAMMY-winning songwriter who penned the "Friends" theme, "I'll Be There For You," and classic hits by Earth, Wind & Fire died on Dec. 24 at the age of 72.

Willis' cause of death was cardiac arrest, her publicist, Ellyn Solis, told the New York Times. Willis' partner of over 25 years, Prudence Fenton, confirmed the death on Instagram.

Paying homage to one of Willis' biggest hits, Fenton wrote "Rest In Boogie Wonderland" on her Instagram post with an image of Willis in front of a historic Motown site.

In a tweet, the official Earth, Wind & Fire Twitter page, shared: "Allee Willis was a one-of-a-kind creative genius. Her love, spirit and artistry are forever woven into the fabric and legacy of Earth, Wind & Fire. She will be sorely missed. Rest in Love."

Born in Detroit, Willis grew up in the Motown era and developed a passion for the music. She began writing songs at 22 and although she graduated from the University of Wisconsin-Madison with a journalism major, she got a record deal at Columbia Records after working there as a secretary and copywriter.

After the release of her only album, Childstar, in 1974 and a short time as an artist, she made a career in songwriting. Since then she penned songs including the GRAMMY-winning Pointer Sisters' “Neutron Dance,” the Pet Shop Boys' "What Have I Done To Deserve This"  and songs for "The Color Purple" musical.

Willis was inducted into the Songwriters Hall of Fame in 2018. She won a GRAMMY for Best Album Of Original Score Written For A Motion Picture Or A Television Special at the 28th GRAMMY Awards for "Beverly Hills Cop." She was nominated for her work in "The Color Purple" musical at the 49th GRAMMY Awards.

Beyond music, Willis, who was a Los Angeles resident, directed music videos and was known for her colorful style and taste. She was a lover of kitsch, who decorated her home and her website with the aesthetic.

In a 2015 Washington Post feature claimed, "Allee Willis is the most interesting woman you’ve never heard of." Fenton told the paper she loved being with Willis because of her "heart and soul.”

“She can just share in the littlest of things. The beauty of a kind of green or an empty vacant lot, whatever’s there in front of you. She’s so present, so present in the moment. Nothing else matters," she said.

Of her songwriting style, Willis told the Library of Congress, her music was about resilience.

"I think people know my style and recognize my melodies. There’s also a tone to my lyrics—which “September” is a bit of an exception from—and it’s:  If your life isn’t working, get off your ass and do something!  If the world is falling apart, you can’t fall apart. Rise to your potential."

Musicians, celebrities and more shared their love and memories of Willis on Twitter:

From Social Media To Streaming: 10 Moments That Changed The Landscape Of Music In The 2010s