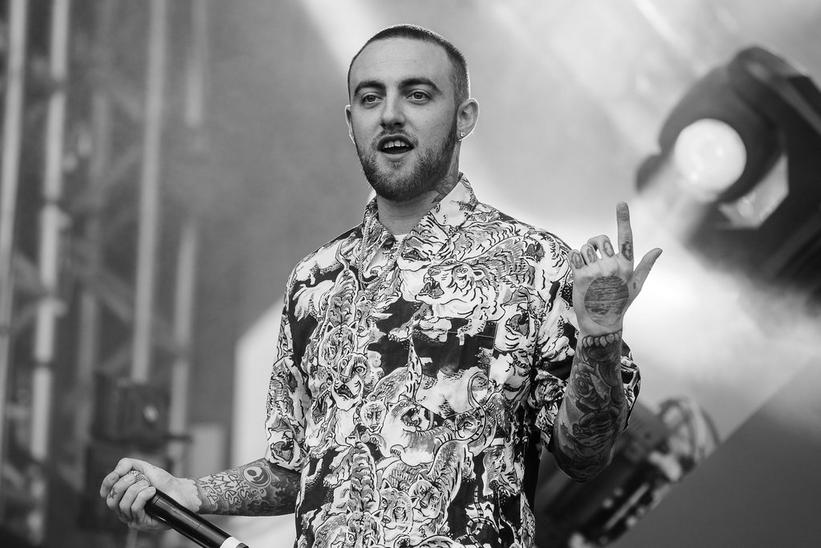 Mac Miller, born Malcolm James McCormick, has died on Sept. 7 at the age of 26. He had just released his fifth studio album and was set to begin a tour in support next month.

The rapper was found dead in his San Fernando Valley home earlier today, reportedly from an overdose. Miller has referenced his demons in his music, including his struggles with substance abuse. His 2014 Faces mixtape opens with him rapping "shoulda died already (faces)/Came in, I was high already."

In a recent interview with Vulture, he shared the challenge of being young and making mistakes in the public eye. He released his chart-topping debut album Blue Slide Park when he was just 20.

"A lot of times in my life I’ve put this pressure to hold myself to the standard of whatever I thought I was supposed to be, or how I was supposed to be perceived… It’s annoying to be out and have someone come up to me and think they know. They're like 'Yo, man, are you okay?' I’m like 'Yeah, I’m [expletive] at the grocery store.' You know?," Miller said.

The young rapper had just released his latest album Swimming on Aug. 3 and had a tour scheduled, beginning next month in San Francisco. Miller, who collaborated with many other big names in hip-hop and R&B including Anderson .Paak, Miguel and Kendrick Lamar, will be remembered through his music.