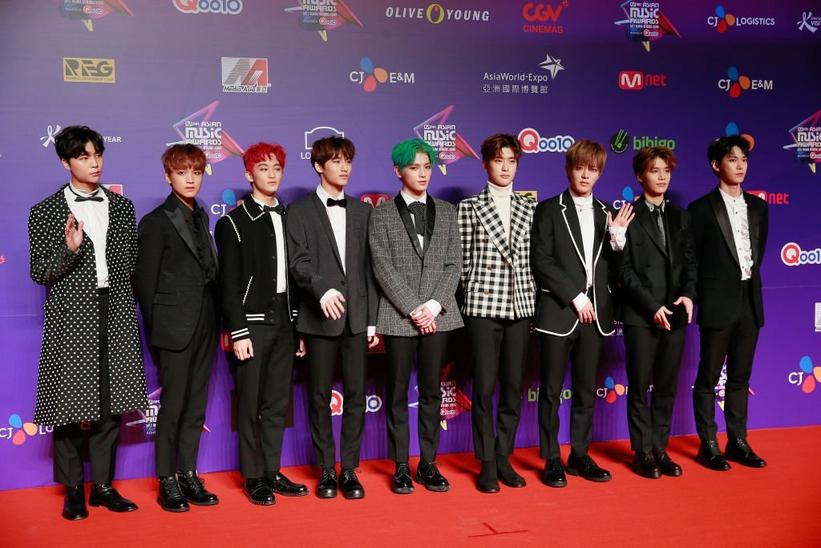 Acts join already announced artists EXID, Heize and Wanna One for a June concert that will be K-hot

On June 23–24 at the Prudential Center in Newark, New Jersey, KCON USA returns to the East Coast, bolstering the growing demand for K-pop artistry in the U.S. Dubbed "KCON 2018 NY," teasers built suspense for the April 19 artist reveal, building to a satisfying peak as NCT 127 and Stray Kids have been added to the lineup.

Last year the nine members of NCT 127 were newcomers at both KCON 2017 NY and the West Coast KCON 2017 LA, with their hits "Cherry Bomb" and Fire Truck" in tow. The crowd's enthusiasm led Billboard to compare their reception with the 2014 reaction to BTS' debut.

NCT 127's members originate from Canada, China and Japan as well as Korea. The editors at Apple Music honored them as the first K-pop artists on their "New Artist of the Week" list, in addition to hosting them at a "Today at Apple" in-store appearance in Brooklyn.

JYP Entertainment's Stray Kids, who will be making their U.S. debut, also comprise nine members. They have been heating up the Korean market as emerging artists and Billboard described them last month as the new "power player" that has everyone talking about them. Several members have also been impressive at developing their songwriting talents and contributing to the group's repertoire. Their "District 9" hit was notable for its rap/rock blend and impressive dancing, and is expected to cause raptures at the Prudential Center. In less than a month it has gained more than 20 million YouTube views.

NCT 127 and Stray Kids are joining already announced artists EXID, Heize and Wanna One for KCON 2018 NY. Tickets go on sale on May 11 for the concert and registration for the convention-event begins May 14.

KCON 2018 LA is coming to Staples Center and the LA Convention Center in August. So how hot do we think this summer is going to be? K-hot.