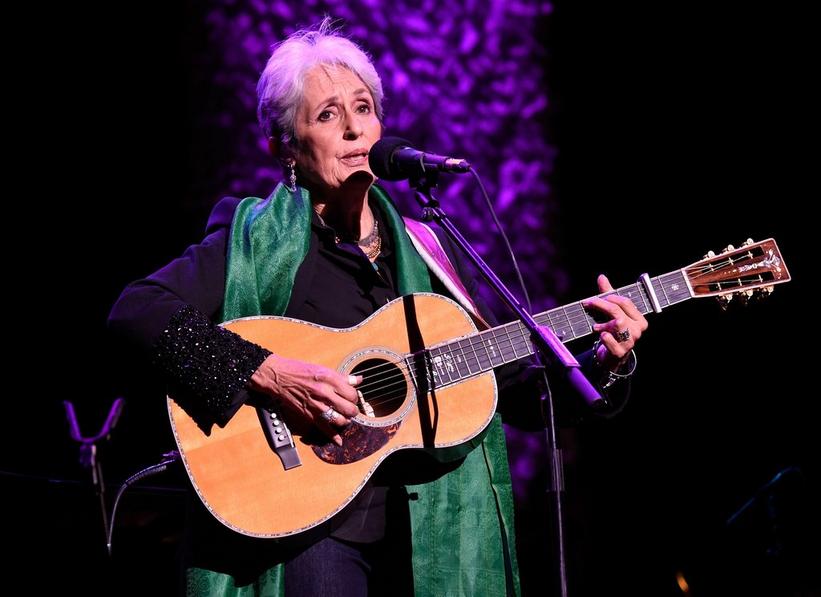 Joan Baez has taken a big step toward retiring from the road with the announcement of an extensive run of North American concerts commencing this fall.

The jaunt will launch Sept. 11th in Ithaca, N.Y., and wrap Nov. 17 in Oakland, Calif. The 28-date tour will include two nights at the Beacon Theatre in New York City on Sept. 21 and 22, the Ryman Auditorium in Nashville on Sept. 30, the Chicago Theater on Oct. 5, the Celebrity Theater in Phoenix on Oct. 27, and Royce Hall in Los Angeles on Nov. 10.

According to Baez's Facebook page, these shows will mark her "final formal North American Tour" and "last year of formal touring."

The tour will promote the GRAMMY-nominated singer/songwriter's upcoming LP, Whistle Down The Wind, due out March 2. The album, which will be included with ticket purchases for the U.S. tour, comprises a mixture of cover songs and originals from artists such as Tom Waits, Mary Chapin Carpenter, Josh Ritter and Eliza Gilkyso.

Though Baez will be pulling the plug on live performances, in a recent interview with Rolling Stone she left the door open for future recordings.

"I've left that more open than the touring because you just can't ... you never know," said Baez. "Maybe you'll say, 'Oh, my God,' and you'll want to do an album … or some special project."

Baez was honored with a Recording Academy Lifetime Achievement Award in 2007. Her 1960 self-titled debut album, which includes now-classic interpretations of songs such as "House Of The Rising Sun," "Wildwood Flower" and "Mary Hamilton," was inducted into the GRAMMY Hall Of Fame in 2011.

Tickets for Baez's U.S. tour will go on sale to the general public on March 2.