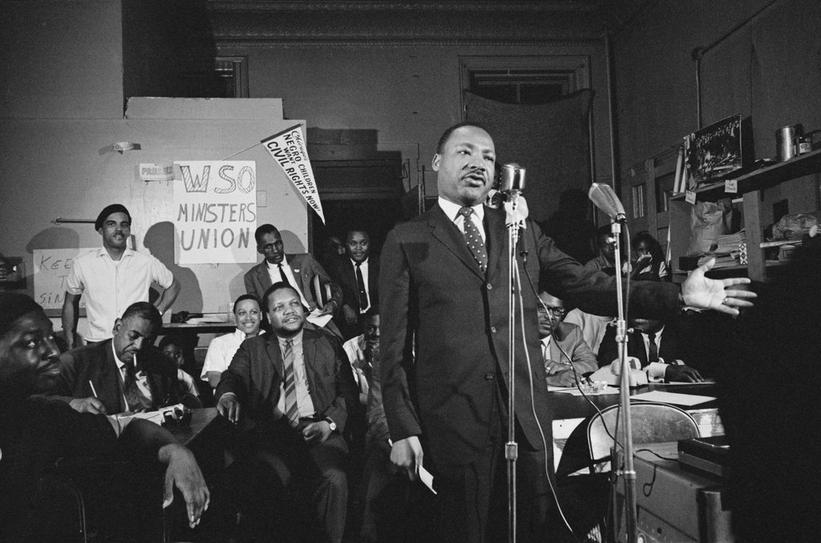 Did You Know That Dr. Martin Luther King, Jr. Won A GRAMMY?

In addition to being nominated three times, the civil rights leader posthumously won for Best Spoken Word Recording in 1971 for "Why I Oppose The War In Vietnam"

Dr. Martin Luther King, Jr. is as instantly recognizable in American history as a public figure can be. The civil rights leader, who singlehandedly challenged ingrained racial barriers in the United States through peaceful protest, earned a number of accolades in his too-short life, including the Nobel Peace Prize in 1964 and, the following year, the American Liberties Medallion by the American Jewish Committee (among others). Among his many, many awards is even a GRAMMY: Dr. King postumously won for Best Spoken Word Recording at the 13th GRAMMY Awards in 1971 for "Why I Oppose The War In Vietnam."

Not only that, but Dr. King was nominated two other times: once at the 11th GRAMMY Awards in 1969 for Best Spoken Word Recording (I Have A Dream), and prior to that in 1964 at the 6th GRAMMY Awards, for Best Documentary, Spoken Word Or Drama Recording (Other Than Comedy) for "We Shall Overcome (The March On Washington...August 28, 1963)."

In honor of Dr. King and his mission, which we observe on Martin Luther King Day, let's revisit his GRAMMY-nominated (and winning!) works.

At The 6th Annual GRAMMY Awards...

​In the early '60s, Dr. King earned his first GRAMMY nod for We Shall Overcome (The March On Washington...August 28, 1963), which was up for Best Documentary, Spoken Word Or Drama Recording (Other Than Comedy).

The authorized radio broadcast captured more than 250,000 people marching on Washington, D.C. in peaceful protest against racial segregation and for equal rights legislation. It featured performances from folk heroes Joan Baez, Odetta, Bob Dylan, Peter, Paul & Mary and Marian Anderson. It also captured Dr. King's now world-renowned "I Have A Dream" speech, where he famously called for racial and economic justice, as well as a general end to racism in the United States.

At The 11th Annual GRAMMY Awards...

One year after his assasination, the Recording Academy again recognized Dr. King with a Best Spoken Word Recording nomination. As opposed to the early '60s radio broadcast recording mentioned above, this nomination recognized a newer recording distributed by 20th Century Fox Records called Have A Dream: The Rev. Dr. Martin Luther King, Jr. 1929-1968, with the subtitle reading, "The original address from the March on Washington, August 28, 1963." According to Discogs, King is the only advertised name on the album jacket, but co-organizer A. Phillip Randolph and fellow civil rights activists Dr. Benjamin E. Mays, John Lewis, Whitney M. Young, Jr. and Roy Wilkins are also featured on the recording.

At The 13th Annual GRAMMY Awards...

When Dr. King postumously won a GRAMMY in 1971, it was Best Spoken Word Recording for "Why I Oppose The War In Vietnam." He gave the famous speech at the Riverside Church in New York City in the spring of 1967, one year before he was assassinated.

"We as a nation must undergo a radical revolution of values," King said in his GRAMMY-winning sermon. "We must rapidly begin the shift from a thing oriented society to a person oriented society, when machines and computers, profit motives and property rights, are considered more important than people, the giant triplets of racism, extreme materialism, and militarism are incapable of being conquered. A true revolution of values will soon cause us to question the fairness and justice of many of our past and present policies…true compassion is more than flinging a coin to a beggar, it comes to see that an edifice that produces beggars needs restructuring."

As you can no doubt tell, revisiting King's teachings on peace and race equality are a vital part of how society will continue to evolve, even decades later. Have a happy and healthy Martin Luther King Day, and find out who'll take home GRAMMY gold this year when the 61st GRAMMY Awards air on Sunday, Feb. 10 on CBS.

"Motown 60: A GRAMMY Celebration" Set To Film On Feb. 12 In Los Angeles

Just two days after Music's Biggest Night, the 61st GRAMMY Awards on Feb. 10, the Recording Academy, AEG Ehrlich Ventures and CBS will celebrate on of music's most historic record labels Motown Records by presenting "Motown 60: A GRAMMY Celebration." The live concert taping will be held Tuesday, Feb. 12 at 7:30 p.m. PT at the Microsoft Theater in Los Angeles. The special will air Apr. 21 on CBS. Presale concert tickets go on sale Friday, Feb. 1 at 10 a.m. PT (use code MOTOWN60), and general tickets go on sale Saturday, Feb. 2 at 10 a.m. PT and are available for purchase at AXS.com.

Paying tribute to an iconic sound that changed America, an all-star lineup of artists participating in the celebration will be announced during GRAMMY Week, which begins Feb. 4.

"Motown 60: A GRAMMY Celebration" is produced by AEG Ehrlich Ventures, LLC. Ehrlich is executive producer, Ron Basile and Chantel Sausedo are producers, and David Wild is the writer/producer. 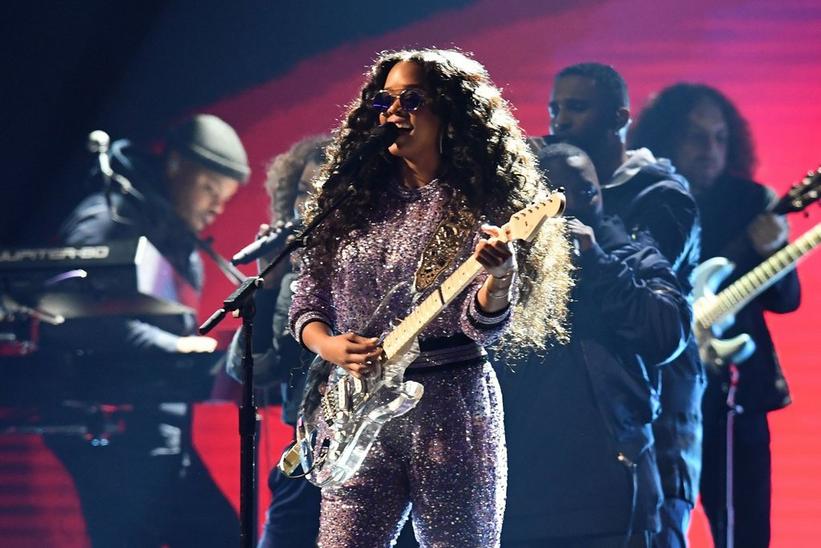 The Recording Academy has announced another amazing round of performers for the 61st GRAMMY Awards, airing on Sunday, Feb. 10 on CBS. 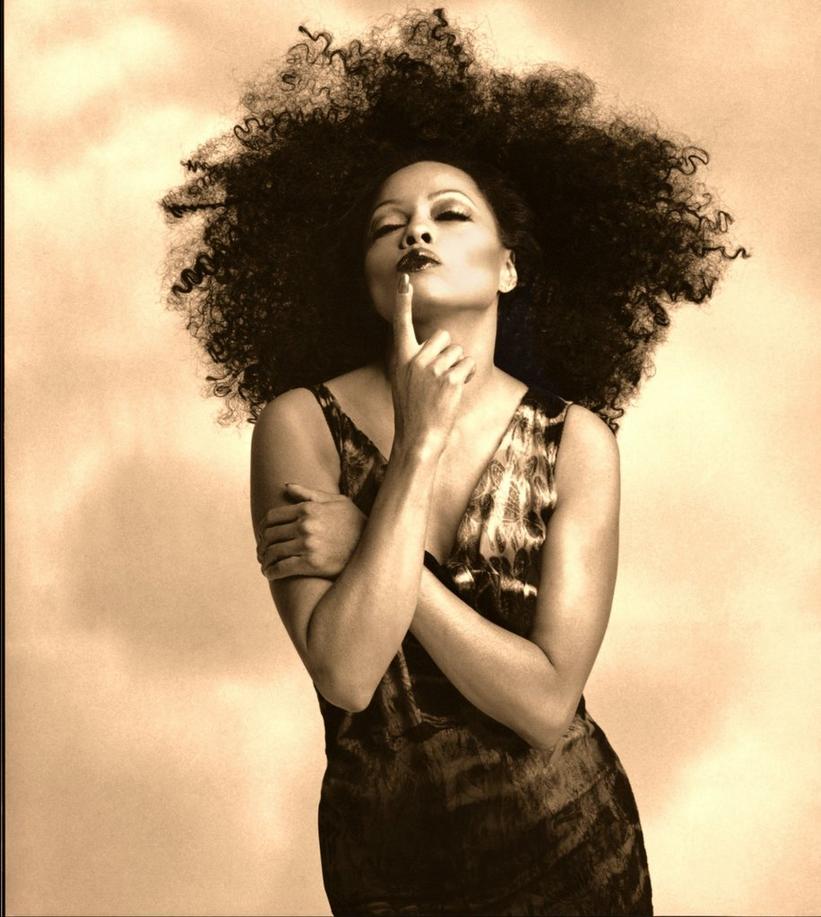 Diana Ross Is Set To Perform At The 2019 GRAMMY Awards

In what is sure to be an unforgettable GRAMMY moment, the Recording Academy will honor the disco-pop icon and celebrate the rich history of her greatest musical accomplishments

The Recording Academy has announced a very special performance by Diana Ross during this year's 61st Annual GRAMMY Awards. In what is sure to be an unforgettable GRAMMY moment, the Recording Academy will honor the icon and celebrate the rich history of her greatest musical accomplishments.

We're thrilled to announce a very special #GRAMMYs performance by @DianaRoss! We will be honoring her landmark career and contributions to music with a special 75th Diamond Diana birthday performance.https://t.co/5jqDlWAMtc

One of the most influential artists and greatest entertainers of all time, Ms. Ross has without a doubt made a profound impact in the world of music. Considered a trailblazer in entertainment, she was the leader of the most successful female group of all time and launched a timeless global solo career resulting in milestone chart successes and accolades, film soundtracks, and live concert box office records around the world.

Her journey to date includes charting an astounding 42 No.1 songs, 91 singles, and 59 albums, and she has amassed more than 100 million sales and streams with her historic recordings.

In 2012, Ms. Ross was recognized by the Recording Academy as the recipient of the prestigious Lifetime Achievement Award. 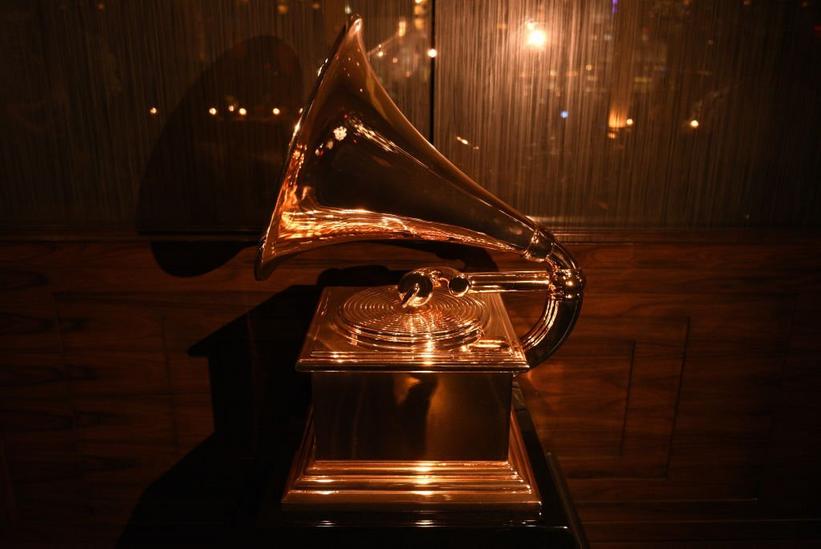 General Field nominations grow from five to eight and categories evolve to stay as appropriate, current, and relevant as possible

The GRAMMY Awards reflect what's happening in the ever-changing landscape of music, and the Recording Academy works diligently to ensure the awards process continually evolves. Driven by the music makers — Academy members — who seek to meet the needs of the music community, several changes have been enacted for the 61st Annual GRAMMY Awards process and categories.

For the four General Field categories — Record Of The Year, Album Of The Year, Song Of The Year, and Best New Artist — the number of nominations included in each will be increased from five to eight in order to better reflect the many entries in these categories.

Other changes put in place affect various categories including those in the World Music Field, which will now determine nominations through its own Nomination Review Committee where the top 15 selections from general voting membership's ballots will be narrowed down to the final five nominations by a Trustee-ratified committee of Voting Member experts.

For Best Compilation Soundtrack Album, the growing role of Music Supervisors is recognized as eligible. Also, only Music Supervisors who produced more than half of an album will now be eligible for consideration as album producers.

Driven by the technological side of music evolution, the Best Surround Sound Album category is renamed Best Immersive Audio Album. The same goes for the Field to which it belongs. The change reflects evolving technology, new formats, and current industry trends, practices, and language.

Several category guidelines and/or definitions were also updated. For instance, the Best Alternative Music Album criteria and definition has been broadened and updated as, "Alternative is defined as a genre of music that embraces attributes of progression and innovation in both the music and attitudes associated with it. It is often a less intense version of rock or a more intense version of pop and is typically regarded as more original, eclectic, or musically challenging. It may embrace a variety of sub-genres or any hybrids thereof and may include recordings that don't fit into other genre categories."

These changes and other will be in effect for the 61st Annual GRAMMY Awards, as the Recording Academy continues to ensure the process remains as appropriate, current, and relevant as possible.

For more information about this year's rule changes and the GRAMMY Awards process, visit www.grammy101.com.