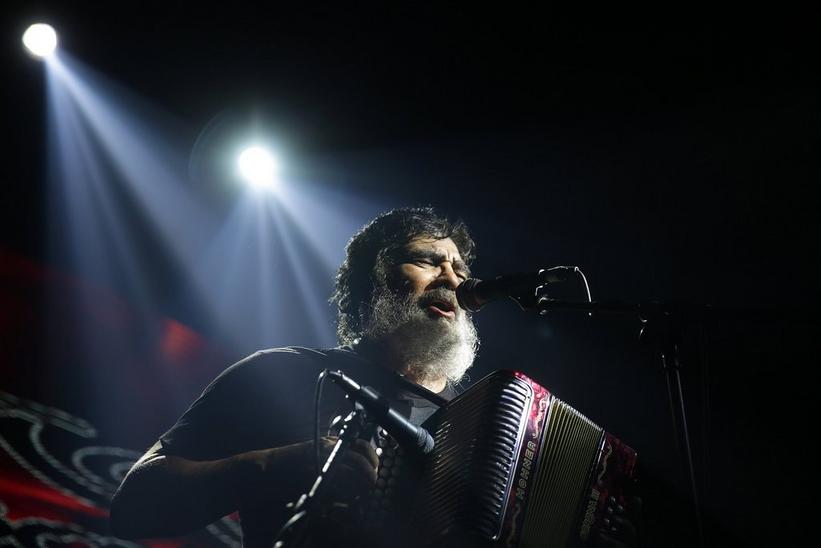 Celso Piña, one of the most iconic musicians, composers and singers in Latin America who was known for his pioneering style of cumbia music, has died at 66.

"Today is a sad day for La Tuna Group," Piña's record label, La Tuna Group, said in a statement in Spanish. "In deep pain we communicate the unexpected departure of one of our family members, our friend Celso Piña who died today in Monterrey at 12:38 pm due to a heart attack."

"We are left with a deep hole, but he leaves behind his great legacy forever," they coninued.

With his signature accordion, the Mexican musician, known as "the accordion rebel," mixed cumbia music (which is originally from Colombia) with Mexico's sonidero and norteña music, as well as hip-hop, ska, reggae and other genres, expanding the traditional cumbia sound.

He grew up in Monterrey, Nuevo Leon, Mexico and purchased his first accordion in 1980 to play vallenata music, which is also from Colombia. The self-taught accordion player began to perform with his brothers; together, they went on to play norteña and tropical music, eventually adding cumbia to their style. The brothers became known as "Celso Piña Y Su Ronda Bogotá," giving a nod to cumbia's motherland.

Throughout their career, the group collaborated with several artists from Latin America, including Julieta Venegas and Cafe Tacvba. One of their most notable songs, "Cumbia Sobre El Rio," proclaims the joy the sounds of his accordion brought to the masses: "Suena, suena y emociona, nuestra acordeona."

His 2001 Barrio Bravo album was nominated for Latin GRAMMY, and in 2012 he performed at the show alongside Lila Downs.