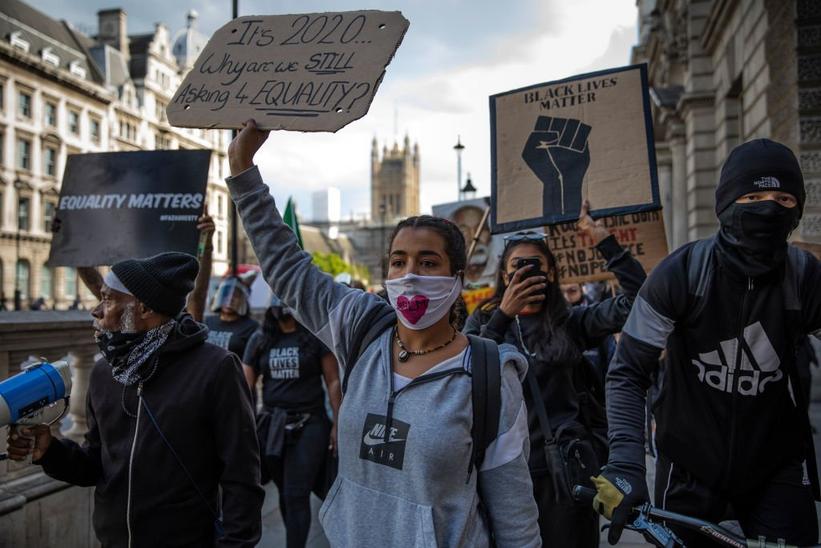 Black executives are now calling for U.K. music industry CEOs, presidents, chairmen and industry leaders to stand in solidarity with their Black employees beyond Black Out Tuesday

The Black Music Coalition, a newly formed group of Black music professionals and executives in the U.K., are calling for changes in the music industry there, including career development for Black staff, bias training in offices, as well as the removal of the term "Urban" in industry terminology.

The protests that have occurred across the U.S. since the death of George Floyd after a police officer knelt on his neck have also reached the U.K., continuing their own conversations around race relations. In a letter, Black executives, including from Warner Music Group, Sony Music, Universal Music Group, BMG, Live Nation UK, Spotify and MMF, stood in support with the Black community in the U.S. and noted the Black community in the U.K.'s own struggle with racial justice.

"As Black British people, we know of and have seen members of our community overpoliced, brutally treated and die at the hands of institutionally racist police forces and recount for example the deaths of Sarah Reed, Rashan Charles, Mark Duggan, Sean Rigg and many more. Simply put, the UK is not innocent," the letter said.

While music companies, radio stations and channels in the U.K. showed solidarity with the Black community on Blackout Tuesday, a day-long moratorium in solidarity with Floyd's death and other Black lives lost under the hands of police that began in the U.S., Black executives are now calling for U.K. music industry CEOs, presidents, chairmen, and industry leaders to stand in solidarity with their Black employees beyond Black Out Tuesday.

"The music industry has long profited from the rich and varied culture of Black people for many generations but overall, we feel it has failed to acknowledge the structural and systematic racism affecting the very same Black community and so effectively, enjoying the rhythm and ignoring the blues. We feel that as an industry, we cannot continue to benefit and profit, whilst continuing to ignore the issues of the community we benefit and profit so much from, issues which affect far too many of our artists in one way or another," the collective said.

To begin making changes in the U.K. music industry, the collective, who also acknowledged that COVID-19 has disproportionately affected Black and brown people, listed ways to show support with concrete change. Their call to action included the financial backing of Black organizations, charities and educational projects as well as a call for an internal task force review in order to make sure business structure included "the advancement of Black executives across your business including equal pay, mentorship and career progression." Similarly, their call for Black staff development addressed the lack of Black female President/Chairwomen in the industry.

"We expect that these long overdue steps will be implemented in a comprehensive manner to translate your empathy into a legacy of lasting change and we look forward to working with you to ensure that this happens," the letter ended.

In the U.S., major record labels have announced big changes meant to address historic and systemic racial issues. Among them, Universal Music Group, which includes Universal Music U.K. and Capitol Records U.K., announced last week it would implement several initiatives including a social justice task force. The music company also said it would implement initiatives in its global offices. Warner Music Music Group and Republic Records, under Universal Music Group and home to Drake and Ariana Grande, have vowed to drop the term "Urban."