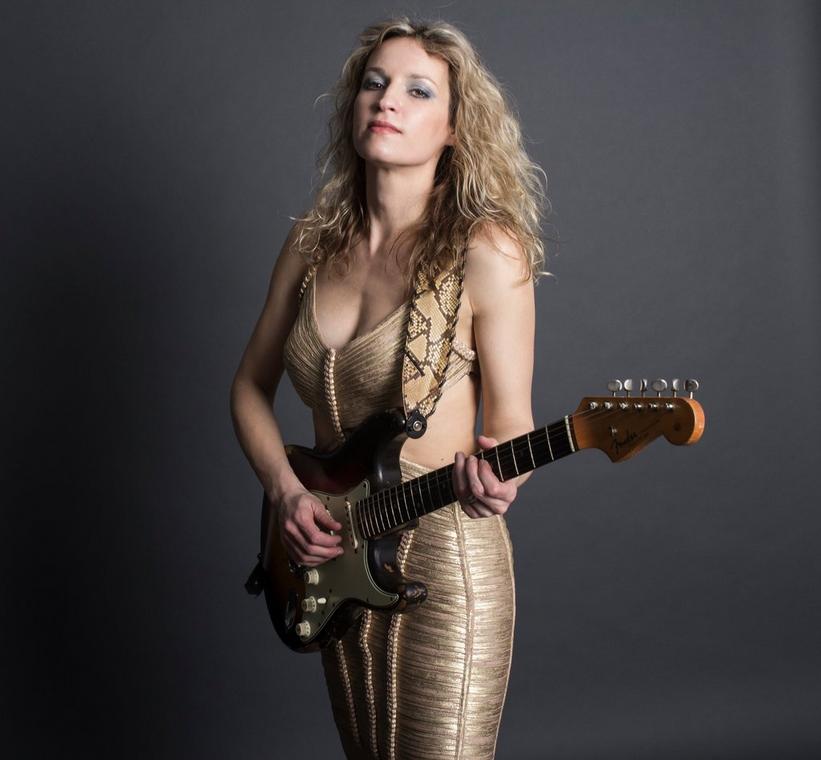 The video for the first single off her latest album shows Popovic's light, romantic side and features GRAMMY-winner Keb' Mo'

Blues-rock maven Ana Popovic shows off her guitar playing skills and carefree side in the video for her first single, "Lasting Kind Of Love," featuring GRAMMY-winner Keb'Mo' off her latest album.

In the video, the guitarist calls upon Mo' before she heads out in a car to an unknown destination. The song is about a no strings attached, temporary kind of love and is the first single from her upcoming album, Like It On Top.

We find that Popovic's trip takes her to the beach where she takes out her guitar and strums away. Mo' appears in separate shots singing back to her. The beachy vibes compliment the easy-going vibes of the song, which ultimately sends the message that it's okay to go with the flow when it comes to love, even if it ends in nothing serious.

Recorded in Nashville, the song features Mo', who also produced her new blues influenced album. Other features include Kenny Wayne Shepherd and Robben Ford. Like It On Top is part autobiographical, part statement aimed to empower women. Popovic, who is an influential and respected musician, felt strongly about covering desire and fantasy, getting out of an abusive marriage, feeling empowered doing a craft, and confronting macho attitudes. In all, the album explores ten different aspects of women's empowerment.

"'Being on top' is about achieving your own potential. Succeeding in juggling work, family, social life, expectations of the others, of the society, while pushing limits. Renewing yourself and inspiring others," Popovic said in a statement. "[The album] celebrates those women who take initiative, develop, inspire and motivate. It's about feeling good about yourself and what you do."

While her album is out Sept. 14, you can catch her on tour across the U.S. now. More info here.