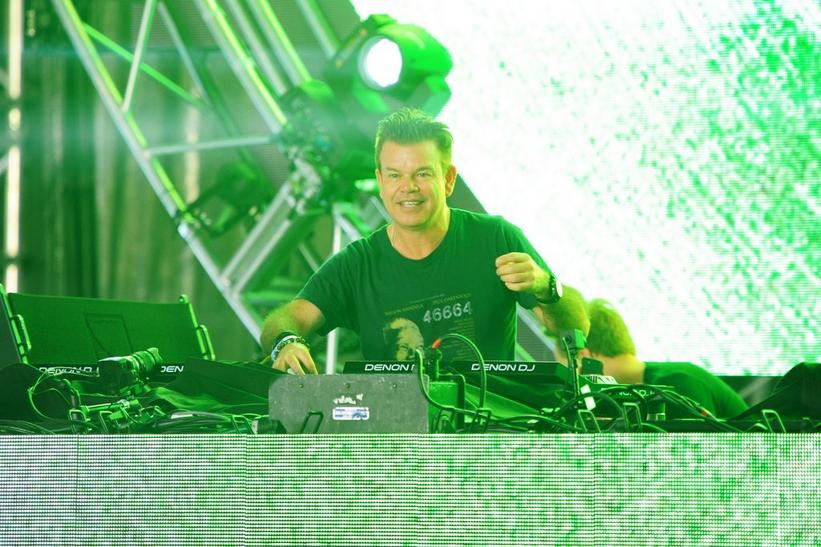 Paul Oakenfold On Playing Stonehenge: "I Think There Are No Boundaries With Music"

Last year he did a set on Mt. Everest, now the GRAMMY-nominated DJ will be the first-ever to play at Stonehenge. Oakenfold tells the Recording Academy why it's important for him to bring his music to such iconic, unexpected places

The GRAMMY-nominated producer/DJ Paul Oakenfold has been in the game for several decades now and has brought his sound to crowds of dancing fans at massive festivals and legendary clubs around the world. Yet, what is "expected" for a headlining DJ is clearly not enough to satisfy Oakenfold, as he has DJed at Mt. Everest Base Camp, the Great Wall of China, an ancient rainforest in Argentina, and now, later this week, Stonehenge. In an exclusive interview, he tells the Recording Academy why it is important for him to step outside of the box and bring his music to unexpected cultural sites.

"I think there are no boundaries with music and shedding light on these great sites around the world can only help/support local culture," he said.

"Through electronic music, I've always been about trying to push the boundaries. We can take the music out of the traditional set up, it doesn't just have to live in nightclubs," Oakenfold explains in the trailer for Soundtrek: Everest, the documentary shot during his set on Everest in April 2017, "The Highest Party on Earth." Yet, it is more than just a party in a super unique place. He also used the event to raise money for those in need, in this case for survivors of the 2015 earthquake in Nepal. It is important to him to give back through his music, and to bring that music to new and unexpected places, exposing people to important cultural sites around the world.

Oakenfold worked with the English Heritage charity to make his dream of bringing his music to Stonehenge and being the first DJ to play there a reality. The collaboration is a perfect matchup, as the organization works to preserve historic sites across the U.K. – all the proceeds from the event will go back to them. He told the Recording Academy that they will indeed be working together to bring more events in unexpected spots, set to Oakenfold's transcendental tunes. Read on to learn more about why he chose sunset at Stonehenge for his next legendary set, including why "It’s much more than just electronic music."

You’ve played The Great Wall, Mt. Everest, and so many other amazing places – why Stonehenge?

I’ve been very fortunate to play some very unique shows. We have partnered up with the English Heritage to do shows at some of the most iconic landmarks in Britain over the next few years to bring attention to the next generation and highlight why these venues are so important.

When is the first time you ever saw or went to Stonehenge?

I’ve been to Stonehenge many times in my life. It’s a unique and wonderful place. It’s over 4,000 years old!

How long did it take to put this show together?

It took over two years to put this show together working alongside Alon Shulman and the great team at the English Heritage.

Do you think your sets song selection will be influenced by the vibe of the site?

In terms of the set, it will really represent a cross section of all kinds of music. I think it’s really important because it will be a live DJ set to the sunset. It’s much more than just electronic music.

What are some other World Wonder sites you would love to play? Machu Picchu in Peru, The Great Pyramid of Gizain Egypt, Angkor Wat in Cambodia, Others?

I’ve been fortunate enough to play some amazing shows. I did a “Party At the End of the World," which was in a 1,000 year old rainforest in a town called Ushuaia. It’s the nearest point to Antarctica. Of course many years ago, I also played on The Great Wall of China. I think there are no boundaries with music and shedding light on these great sites around the world can only help/support local culture.

While this special event is limited to a very lucky group of 50 people, Oakenfold will be releasing a special Live At Stonehenge album to share the tracks with the rest of the world, just as he did after his Everest adventure.