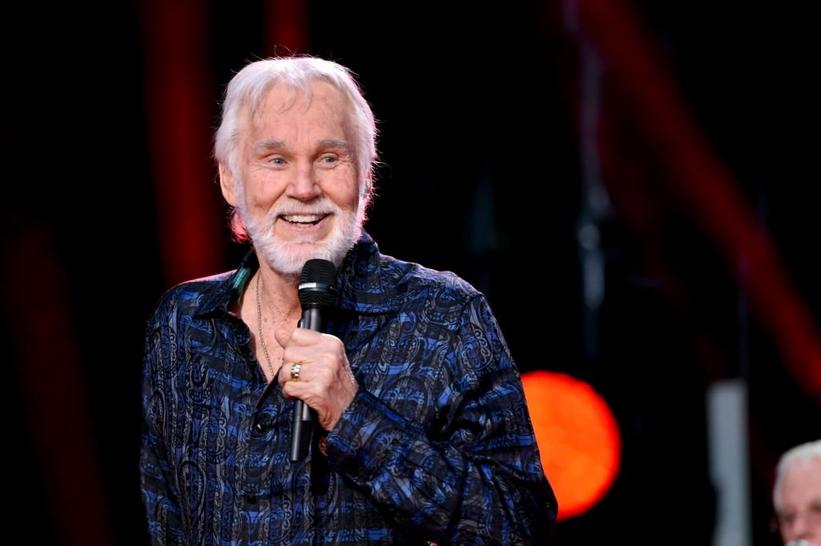 Rogers died Friday night (March 20) from natural causes at his home "under the care of hospice and surrounded by his family," according to a tweet posted on his official Twitter account.

"Kenny Rogers left an indelible mark on the history of American music. His songs have endeared music lovers and touched the lives of millions around the world," Keith Hagan, Rogers' publicist, said in a statement, as reported by CNN.

Harvey Mason jr., Chair and Interim President/CEO of the Recording Academy, shared a touching message on behalf of the organization.

"As one of the first artists to successfully master the country/pop crossover, Rogers touched the lives of millions worldwide and led the way for many notable artists who followed," the statement reads. "This is a great loss for the music industry, but his influence and legacy will continue. We're thinking of his loved ones during this difficult time."

Credited as one of the key artists to take country music to mainstream audiences in the '70s and '80s, Rogers was one of the best-selling music artists of all time, counting more than 100 million records sold worldwide. Across his nearly six-decade career, he recorded and performed music across multiple genres, including rock 'n' roll, psychedelic rock, folk and country, and topped multiple genre charts in the U.S.

According to Billboard, Rogers notched 21 No. 1 hits on the Hot Country Songs chart and 12 chart-toppers on the Top Country Albums chart. His 1980 career-retrospective compilation album, Kenny Rogers' Greatest Hits, topped the all-genre Billboard 200 chart the year it was released, becoming his sole No. 1 release on that chart. He scored two No. 1 hit songs on the Billboard Hot 100 chart in the U.S. with "Lady," his 1980 song written and produced by Lionel Richie, and "Islands In The Stream," his 1983 Bee Gees-penned duet with Dolly Parton.

Born in 1938, in Houston, Texas, Rogers got his musical start as part of multiple groups, including Bobby Doyle Three, the New Christy Minstrels and the First Edition, during his early years. He launched his solo career in 1976 with the release of his debut solo album, Love Lifted Me. A prolific recording artist, he released 39 studio albums, which included multiple solo, collaborative and holiday albums, from the 1970s through the 2010s.

Rogers is perhaps best known for "The Gambler," the title track off his 1978 album. Widely considered his signature song, "The Gambler" notched Rogers a GRAMMY win at the 22nd GRAMMY Awards, held in 1980, for Best Country Vocal Performance, Male, in addition to a nomination for Record Of The Year; The Gambler also received a nomination for Album Of The Year. The song, which was added to the National Recording Registry by the Library of Congress for preservation in 2018, inspired a successful film series that included 1980's Emmy-nominated movie, Kenny Rogers As The Gambler.

In addition to his three GRAMMY wins and 19 overall nominations, Rogers received the Recording Academy's President's Merit Award in 1986. He was inducted into the Country Music Hall Of Fame in 2013. He received the Country Music Association Lifetime Achievement Award in 2013 and the Artist Of A Lifetime Award at the CMT Artists Of The Year 2015 award show, among many other lifetime awards and honors, according to his official bio.

Rogers announced his retirement in 2015. His farewell tour, dubbed "The Gambler's Last Deal," was cut short in 2018 following advisement from his doctors, who cited "a series of health challenges." His final concert—a special tribute called "All In For The Gambler: Kenny Rogers' Farewell Concert Celebration" held in Nashville, Tenn, in Oct. 2017—featured performances from GRAMMY winners Chris Stapleton, Little Big Town, and Lionel Richie, among many others. At the show, Rogers joined longtime friend and collaborator Dolly Parton onstage to perform their GRAMMY-nominated duets "You Can't Make Old Friends" and "Islands In The Stream" for the last time together.

Rogers is survived by his wife of 22 years, Wanda Miller, as well as his five children, three siblings and several grandchildren, according to The New York Times.

Following the news of Rogers' death, fellow artists and institutions from the country and pop music community commemorated the late legend, including a moving tribute from a weeping Dolly Parton.