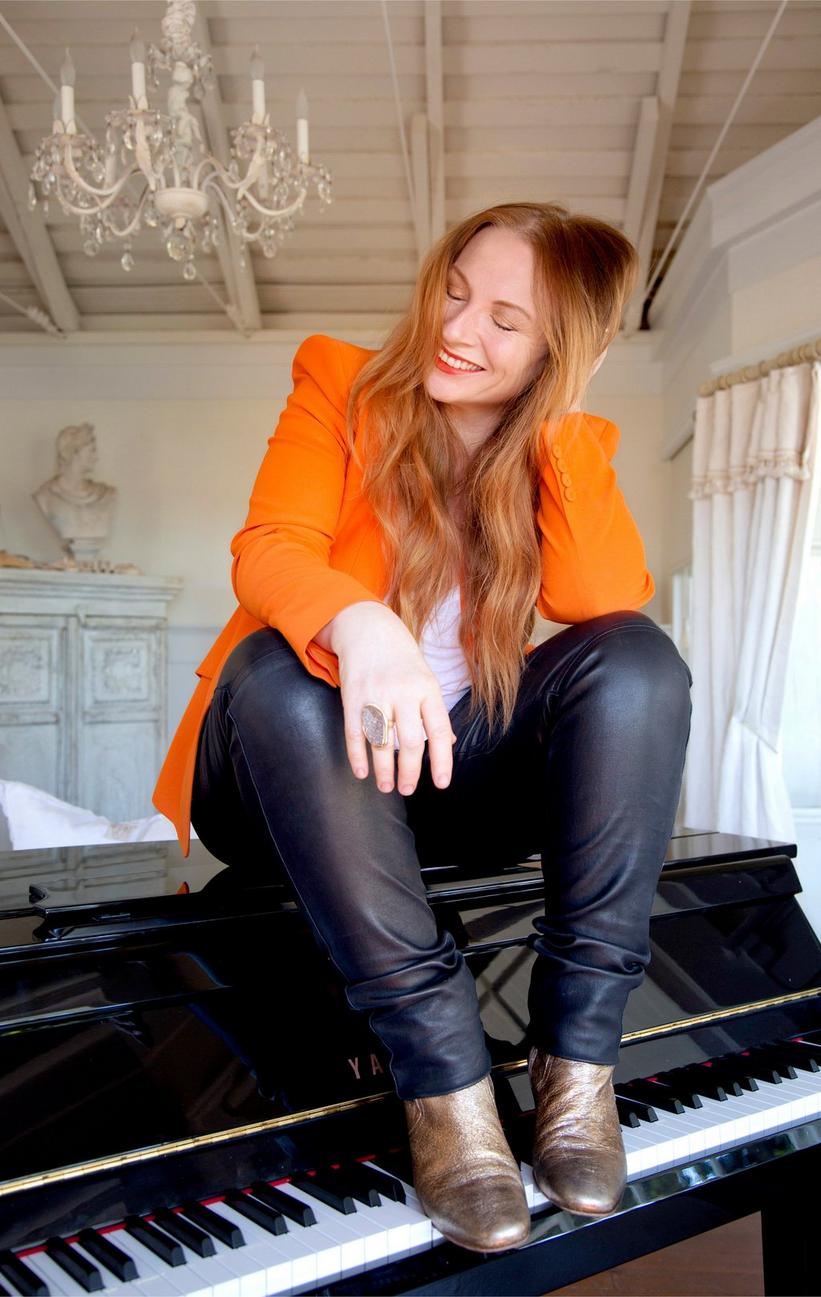 On May 6 British singer/songwriter Judith Owen will release her latest album, Ebb & Flow, which features storied session players Russ Kunkel (drums), Leland Sklar (bass) and Waddy Wachtel (guitar). Ahead of the album's release, GRAMMY.com has your exclusive first listen to the emotional "Train Out Of Hollywood."

"When I plucked up the courage to ask them to play on the record, I was amazed they said 'yes'," said Owen on recording with Kunkel, Sklar and Wachtel. "But working with them was hand in glove because when I write songs, I'm hearing a sound in my head — and they knew the sound because they originated and defined it. In some ways, the record is almost a love letter to those guys and the classic sound they invented."

Born the daughter of an opera singer, the London-born Owen began songwriting as a teenager. Her debut album, Emotions On A Postcard, was released in 1996 and featured "Hand On My Heart," which appeared on the soundtrack for the 1997 film As Good As It Gets. Owen followed with a string of albums with elements spanning multiple genres — rock, folk and jazz — including Limited Edition (2000), 12 Arrows (2003), Here (2006), and Mopping Up Karma (2008).

Ebb & Flow explores the classic troubadour style of artists such as Carole King, James Taylor and Joni Mitchell, whose music was aided by session musicians such as GRAMMY-nominated producer Kunkel, Sklar and Wachtel, according to Rolling Stone. Collectively, the three session players have played on classic albums by GRAMMY winners including King's Tapestry (1971), Mitchell's Blue (1971) and Taylor's Sweet Baby James (1970), among others. Ebb & Flow features 12 tracks, including "Train Out Of Hollywood," "Hey Mister, That's Me Up On The Jukebox," "I Would Give Anything," and "I've Never Been To Texas."

Beginning May 13 in New York, Owen is scheduled to perform select dates in the United States through June. 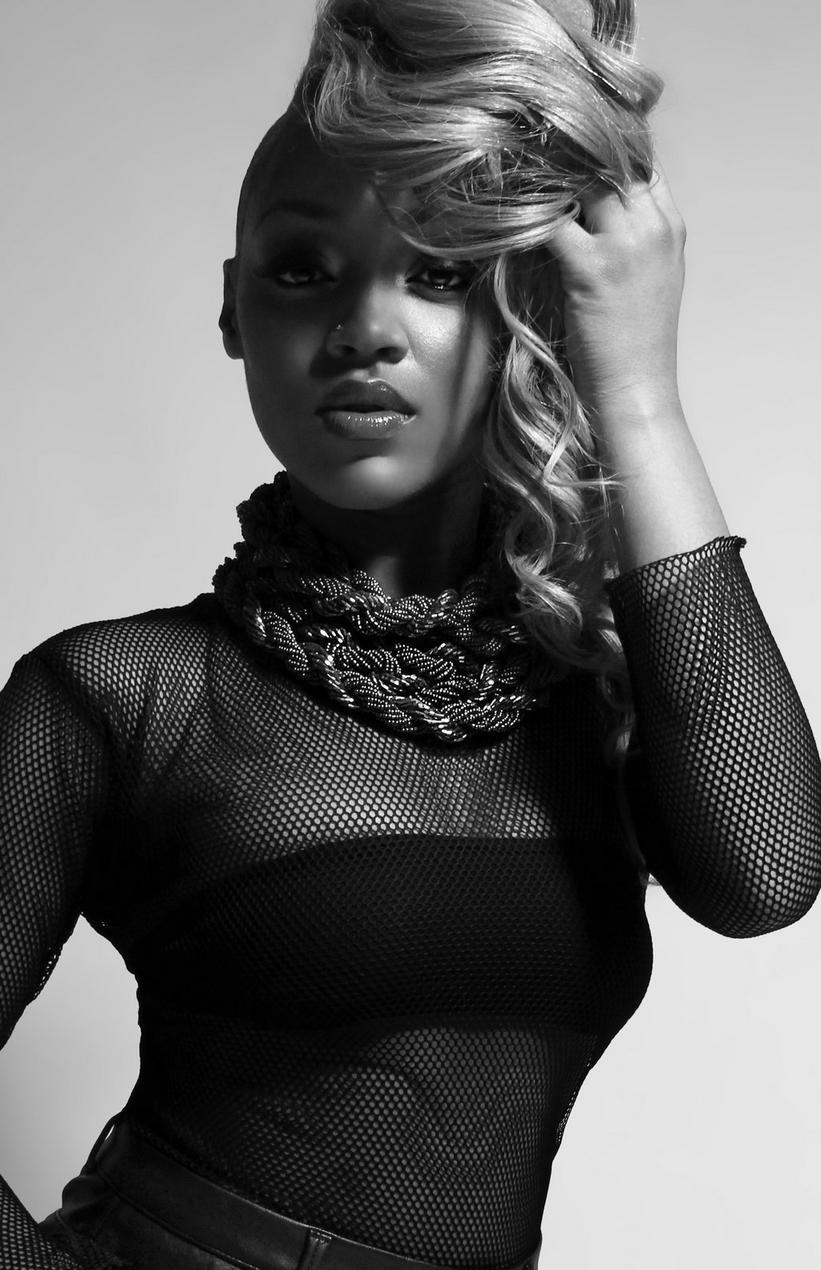 R&B vocalist and former "American Idol" contestant Ashthon Jones will appear as a guest artist on Songs For A Healthier America, a compilation of health-focused songs set for release on Sept. 30. Ahead of the album's release, GRAMMY.com has your exclusive first listen to Jones' contribution, "Good Living."

Drawing on influences from the likes of GRAMMY winners Mary J. Blige, the Clark Sisters, Destiny's Child, Mary Mary, and Monica, Georgia native Jones emerged in 2008 with the six-track EP Introducing Ashthon Jones. Jones auditioned for season 10 of "American Idol" and finished as the 13th-place finalist in 2011. The following year she released the single "Lookout" and appeared on Lecrae's GRAMMY-winning album, Gravity, as a guest artist on "Mayday," which also featured rapper Big K.R.I.T. Earlier this month Jones appeared on Big K.R.I.T.'s latest single, "Good 2getha."

Set for release on Sept. 30, Songs For A Healthier America aims to "inspire children to believe in themselves, be more physically active and make healthier choices." The multigenre compilation features 19 health-focused songs, including the first single "Everybody," which was released June and features Doug E. Fresh, Ryan Beatty, Dr. Oz, and Jordin Sparks. The video for the song features a guest appearance by first lady Michelle Obama. Other artists featured on the album include Ashanti, Travis Barker, the Hip Hop Doc, Ariana Grande, and Nils Lofgren. The album was co-produced by Hip Hop Public Health and Partnership for a Healthier America, an organization founded in 2010 in conjunction with Obama's Let's Move! initiative.

In conjunction with the release of Songs For A Healthier America, Jones has been selected by Obama to perform "Good Living" at the Apollo Theater in New York on Sept. 30. 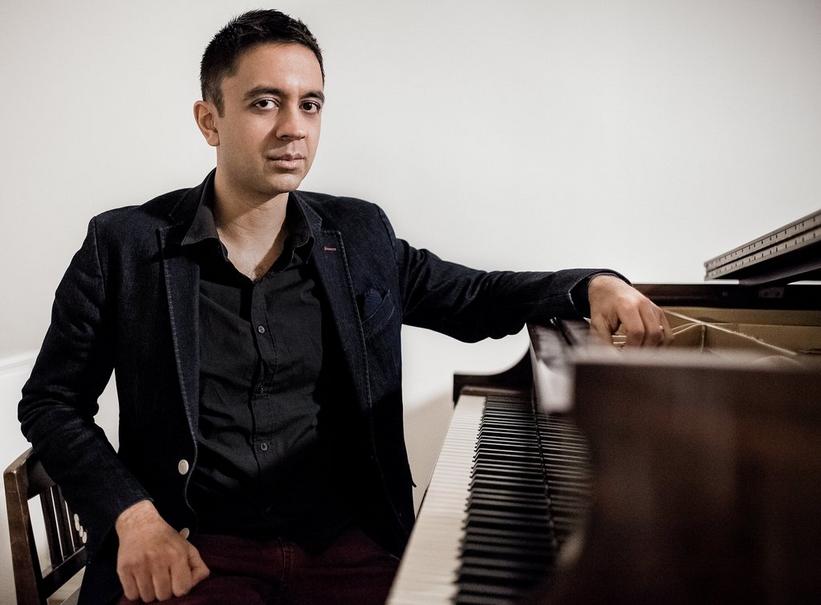 On March 4 GRAMMY-nominated jazz pianist Vijay Iyer will release his latest album, Mutations. Ahead of the album's release, GRAMMY.com has your exclusive first listen to the chilling "Mutation VI: Waves."

"These newest pieces put the piano in counterpoint with electronically generated rhythms and textures," said Iyer. "As all of this music unfolds, our intent, as players and observers, is to place ourselves fully in the moment with sound."

Born and raised in New York, Iyer has led numerous bands, including Spirit Complex, the Poisonous Prophets and the Vijay Iyer Trio. In 1995 he released his debut solo album, Memorophilia, which was followed by a string of acclaimed projects, including 2000's Panoptic Modes and 2003's In What Language?. In 2009 the Vijay Iyer Trio — comprising Iyer, drummer Marcus Gilmore and bassist Stephan Crump — released Historicity, which featured original compositions and covers of tracks by GRAMMY winners Leonard Bernstein and Stephen Sondheim ("Somewhere") and Stevie Wonder ("Big Brother"), among others. The 10-track set peaked at No. 15 on Billboard's Jazz Albums chart and garnered the Vijay Iyer Trio their first career GRAMMY nomination for Best Jazz Instrumental Album, Individual Or Group at the 53rd GRAMMY Awards. The Trio's most recent album, 2012's Accelerando, peaked at No. 7 on the Jazz Albums chart.

Recorded at Avatar Studios in New York, Mutations is Iyer's first album to document his work with chamber ensembles. The album features 13 original recordings composed by Iyer for piano, string quartet and electronics. Beginning March 1 in New York, Iyer is scheduled to perform select dates in the United States and Germany through August. 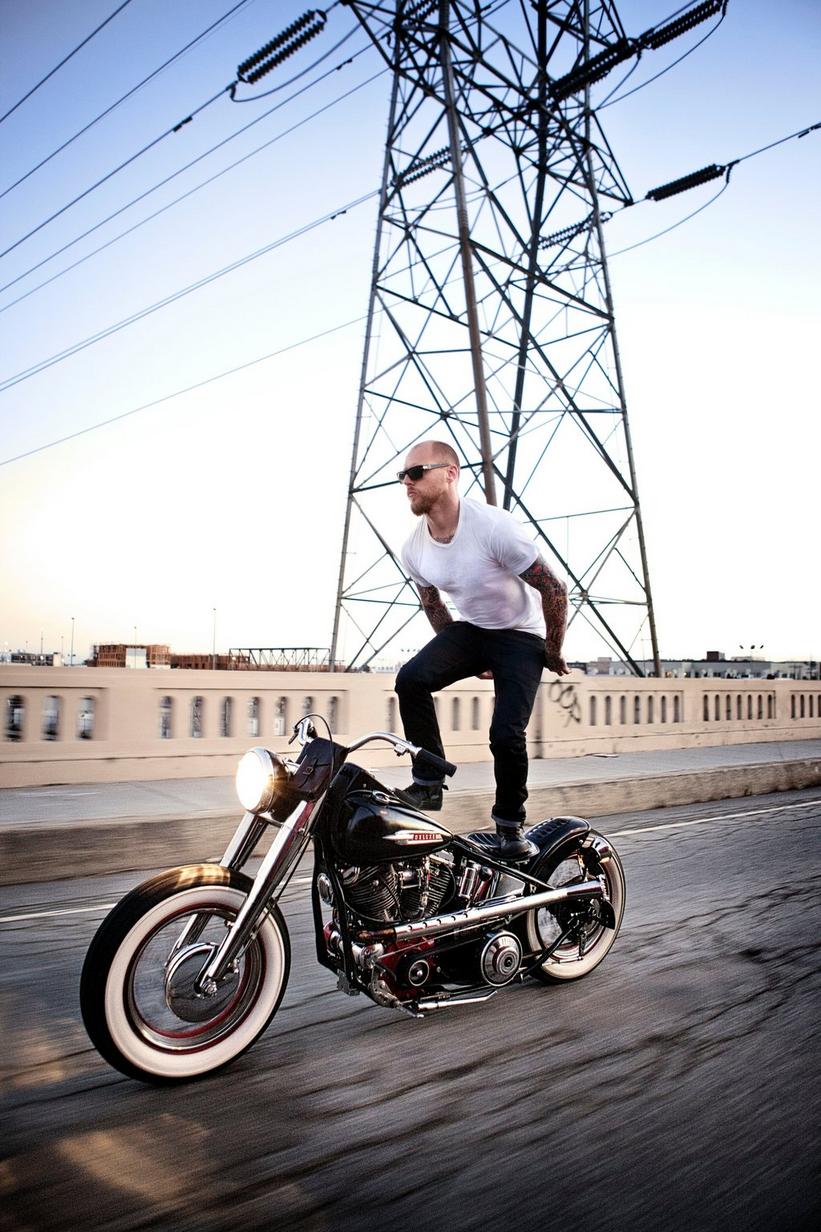 On Sept. 10 L.A.-based alternative rock unit Redlight King will release their sophomore album, Irons In The Fire. Ahead of the album's release, GRAMMY.com has your exclusive first listen to the thought-provoking track "Times Are Hard."

Redlight King are led by Hamilton, Ontario, native and principal singer/songwriter Mark Kasprzyk, who is better known by his stage name Kaz. With influences ranging from A Tribe Called Quest to Neil Young, Kaz started recording music at age 16. As an athlete practicing judo, Kaz gained admittance into Canada's Olympic training center in preparation for the 2000 Summer Olympics in Sydney. When he didn't make the Canadian team, Kaz headed to Los Angeles where he began writing the songs that would comprise Redlight King's debut album, 2011's Something For The Pain. The album peaked at No. 3 on Billboard's Top Heatseekers chart and featured "Old Man," a song paying tribute to his father that includes a sample of Young's 1972 hit of the same name. The track reached No. 24 on the Rock Songs chart.

Co-produced by Xandy Barry, Wally Gagel and Kaz, Irons In The Fire features 11 tracks propelled by an underlying theme of middle-class angst. The video for the album's lead single, "Born To Rise," features Kaz riding his 1950 Harley-Davidson Panhead motorcycle with a growing pack of bikers. Musicians contributing to the album include drummer Jaydon Bean, bassist Anthony Levanski and guitarist Julian Tomarin.

"This record is made from different genres, themes and lyrical approaches — it's definitely a hot rod," said Kaz, who also painted the album cover for Irons In The Fire. "When we jump in and hit the road, it's bound to turn some heads."

Redlight King will kick off a U.S. tour in support of Irons In The Fire on Sept. 11 in Los Angeles, with dates scheduled through October.

Liza Minnelli, Elvis Costello, Patti Smith, and Rufus Wainwright are among the artists featured on the forthcoming "Boardwalk Empire" soundtrack, Boardwalk Empire Volume 2: Music From The HBO Original Series. Ahead of the album's Sept. 3 release from ABKCO Records, GRAMMY.com has your exclusive first listen to Minnelli's rendition of the Prohibition-era hit "You've Got To See Mama Ev'ry Night (Or You Can't See Mama At All)."

"'Boardwalk Empire' provides an incredible back drop for music," said music supervisor Randall Poster. "Terry Winters, Martin Scorsese and the entire 'Boardwalk Empire' team inspire the sound of the episodes as we move from the streets and alleys of Atlantic City to the smoky rooms of Al Capone's Chicago and on down into the tropics of Florida. This compilation celebrates the mastery of all the artists involved."

Co-produced by GRAMMY winners Poster and Stewart Lerman, Boardwalk Empire Volume 2 follows 2011's Boardwalk Empire: Volume 1, which garnered a GRAMMY for Best Compilation Soundtrack For Visual Media at the 54th GRAMMY Awards. The upcoming soundtrack for the Emmy Award-winning HBO series, which is set to premiere its fourth season on Sept. 8, features all new recordings from a wide range of artists and "Boardwalk Empire" house band Vince Giordano & The Nighthawks, including Costello's rendition of the standard "It Had To Be You" and Minnelli's "You've Gotta See Mama Ev'ry Night (Or You Can't See Mama At All)."

The daughter of GRAMMY winner Judy Garland, Minnelli's storied career includes two GRAMMY nominations, an Academy Award, four Tony Awards and an Emmy, among her many accomplishments. Minnelli made her stage debut at 16 in an off-Broadway revival of the 1941 musical "Best Foot Forward." She's since appeared in numerous Broadway productions, including "Flora The Red Menace," "Chicago" and "Cabaret," among others.