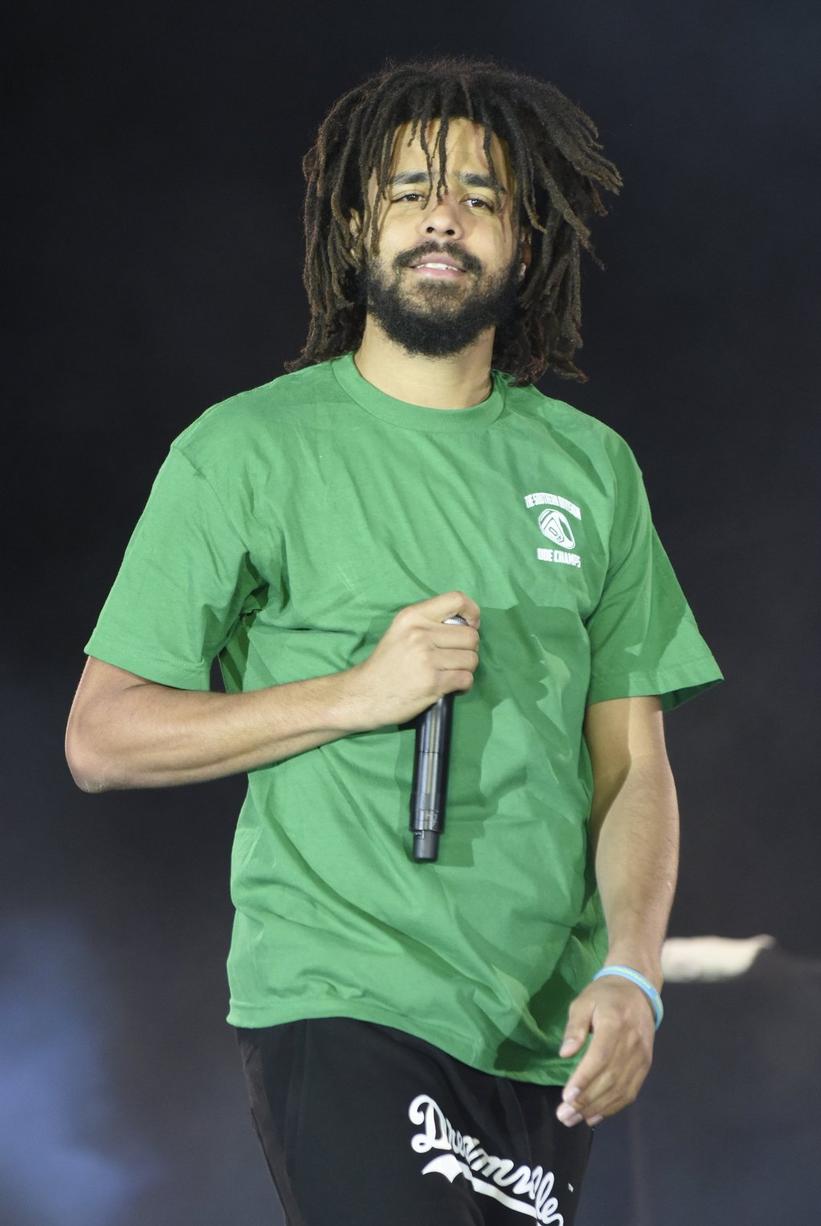 Find out what three meanings J. Cole has offered up for the title of his forthcoming fifth album

GRAMMY-nominated rapper J. Cole released his fifth LP on April 20, cryptically titled KOD. But fans didn't have to ponder the title for too long as Cole has revealed not one meaning for the acronym, but three.

The first interpretation of the title, according to a video on Twitter, is "Kids On Drugs." A detuned voice in the video, presumably Cole's, explains, "If I turn on the TV right now, it's not gonna take long for there to be an advertisement that pops up that says, 'Are you feeling down? Have you been having lonely thoughts?' And then they shove a pill in your face. The first response of any problems is medicate."

The second meaning follows: "King Overdose." The voice returns, "That's representing me, the times that I was, and am, afflicted by the same methods of escape, whether it be alcohol, phone addiction, women."

It should be noted that the album's cover contains a written message at the top that reads, "This album is in no way intended to glorify addiction."

The third meaning? "Kill Our Demons."

"That's the end goal, to face our s, realize that we have some s going on inside. Everybody ... because nobody's f*ing perfect," the voice says, "We've got to be honest with ourselves. Look in the mirror or look inside and ask ourselves questions like, 'What's causing me to run to this thing as an escape?' And once I find the root of that, let me look it in its face and see what it really is."

The release of KOD came with short notice, as Cole began teasing the project just earlier this week. On April 16 he put on a surprise open-invite listening party at the Gramercy Theatre in New York City, and on April 18 he revealed the album artwork and track listing. KOD is the follow-up to Cole's 2016 album, 4 Your Eyez Only, which was his fourth consecutive No. 1 album. Will KOD, with its multiple messages of self-awareness and -improvement, match the success of its predecessors?