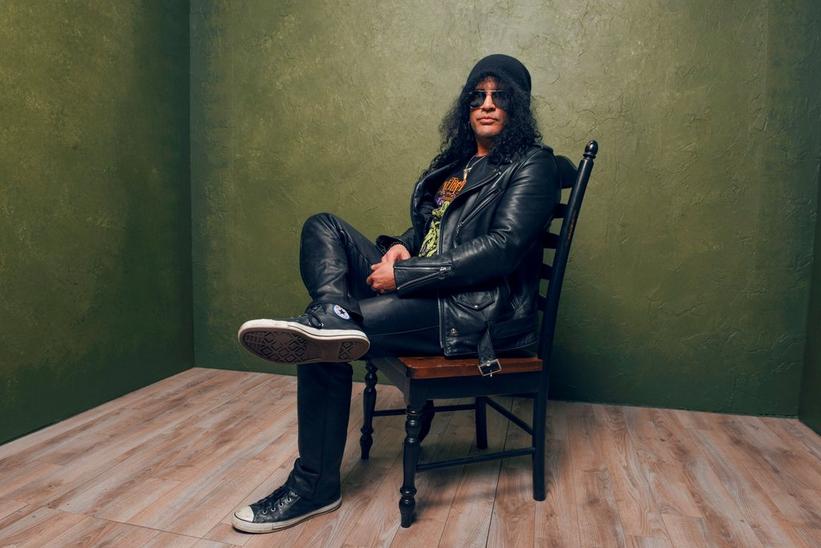 When pressed for word association on Slash, the lead guitarist for Guns N' Roses, his top hat and shades come immediately to mind. Next on the list would have to be his trusty Gibson Les Paul, which is his weapon of choice to crank out the slithery riffs on classics like "Welcome To The Jungle," "Paradise City" and "Sweet Child O Mine."

Fittingly, the iconic guitarist has been tapped to represent perhaps the most iconic guitar manufacturer of all time, Gibson Guitars, as the company's first-ever global brand ambassador.

In his role, the GRAMMY winner will help Gibson develop a range of new products across three of its brands: Gibson Custom, Gibson and Epiphone. Details of the new products are expected to be announced later this month.

"Slash embodies the characteristics of creativity, passion and excellence that are so closely aligned with Gibson and we are very proud of the friendship and mutual success we have shared together for over 30 years," said Henry Juszkiewicz, chairman and CEO of Gibson Brands. "We are also very excited about the future products we will be announcing soon."

In June The Washington Post published an eye-opening article spotlighting the declining state of the guitar industry. According to data collected by author Geoff Edgers, over the past decade electric guitar sales have plummeted from annual sales of 1.5 million sold annually to just more than 1 million. Meanwhile, in the last three years, Gibson and one its major competitors, Fender, have seen a dip in annual revenue.

Gibson's new partnership with guitar hero Slash would seem to be part of Juskiewicz's master plan to keep the company a step ahead.

"Everything we do is about music," Juszkiewicz told Edgers for The Washington Post. "It doesn't matter whether it's the making of music with instruments or the listening of music with a player. To me, we're a music company. That’s what I want to be. And I want to be number one."