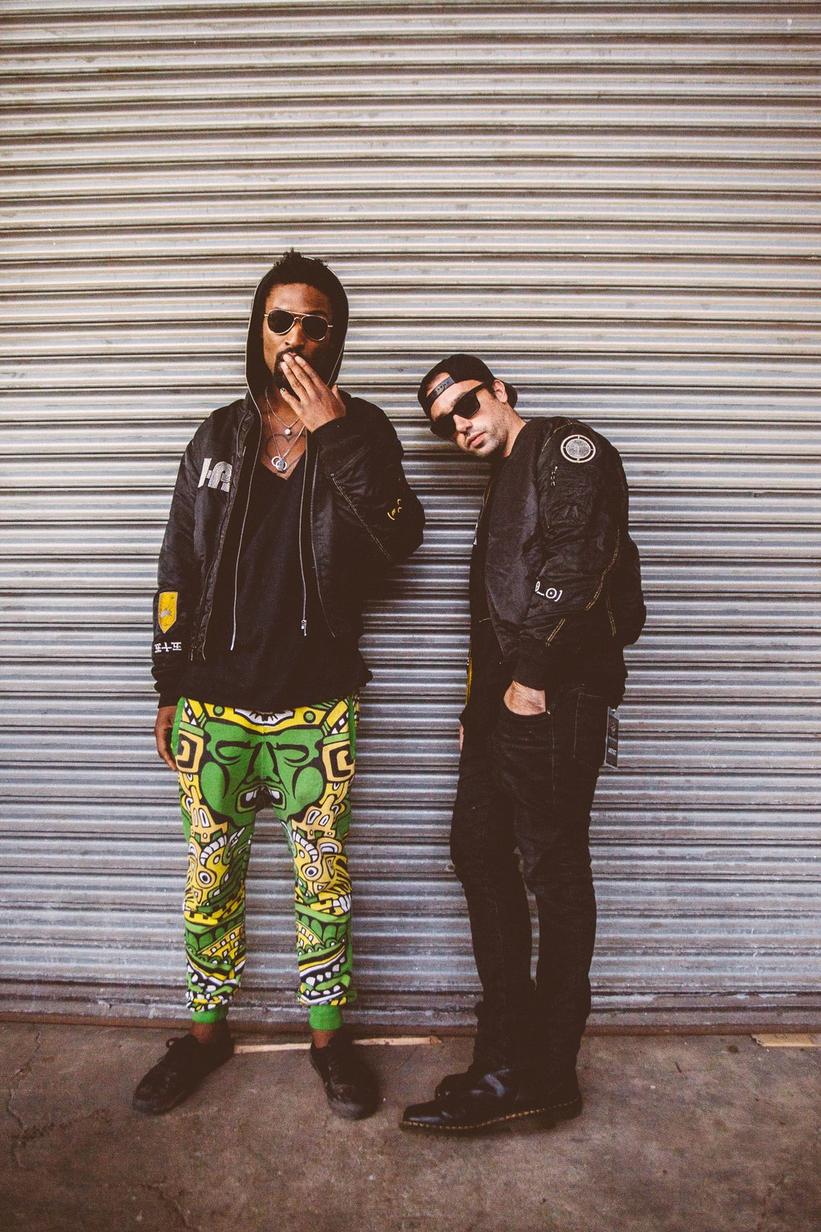 The Knocks, comprised of Ben "Broc" Ruttner and James "JPatt" Patterson, serve up an upbeat brand of indie electro-pop infused with a bit of hip-hop. Over the years they have produced for, remixed songs by, and collaborated with a wide range of artists across genres, spreading their infectiously catchy beats far and wide. Today, on Sept. 28, the duo released their sophomore studio album, New York Narcotic, which, as they share with us, is their "most personal" work yet.

While the album stays true to their danceable, lively sound, and features some pretty amazing collaborations, including Method Man, Big Boi, Foster the People, Sofi Tukker, and more, the LP also gives us a full dose of the Knocks, with JPatt's vocals featured on many of the tracks, and the duos vibrancy shining throughout. Read on for the Recording Academy's exclusive interview with Broc and JPatt to learn more about what the new album means to them, the role New York City plays in their music and their lives, how they see music as a "collaborative process," who they'd love to work with in the future, and more.

Your sophomore album, New York Narcotic, drops today. What are you most excited about with this album? How do you feel that your sound and style has developed since your debut LP, 55?

This new album is the most personal of our career. JPatt is front and center, singing and rapping on almost every song, and the lyrics, melodies, and production are true to us, inspired by the city and the musicians and friends that have shaped our lives. Our debut LP was great, but it definitely felt more like a producer album than an artist project. We learned a lot from that album campaign and couldn’t be more excited for New York Narcotic.

How much of the album is a tribute to New York City? What role does the city play as a creative influence and/or outlet for you?

New York Narcotic is NYC. It’s about our experiences and our relationship to the city we love. We have been doing this artist project, The Knocks, for over 10 years and this is the culmination of those years of grinding. Every neighborhood has a different sound and culture. You’ll hear a lot of these genres on the album.

One of the first singles from the new album, "Ride or Die" featuring Foster the People, has already done well on the charts and has a pretty rad music video to go with it. Can you talk a little bit more about the video and why the Pulp Fiction nod?

When we wrote "Ride or Die," the goal was to create this warm, nostalgic sound that captured the feeling of relationships and loyalty. During the music video brainstorm process, the conversation with Kenny [Laubbacher] (the director) and Mark [Foster of Foster the People] soon turned to classic movie duos for our generation growing up. We thought it would be fun and silly to parody some of them. Kenny really crushed it.

Both of your albums feature some pretty amazing artists. How do you feel that collaboration enhances your sound as a group? For New York Narcotic, did you know who you wanted to work with going into it?

We have always believed that music is a collaborative process. Everyone has unique experiences that bring new ideas, new sounds and new perspectives. We love that. It’s also what makes New York so great. Everyone from different walks of life living and being together in a crazy amazing way. We love working with our core NYC homies, but we also wanted to reach out to new artists in different genres – artists and writers we have looked up to that we felt have shaped music's landscape for the better.

Speaking of collaboration, you are on Sofi Tukker's "Best Friend," which was pretty huge last year, and now they are featured on a track on your new album, "Brazilian Soul." Was the creative process different on these two tracks, and when working on other artist's tracks in general?

Sophie and Tukker are our good friends and have worked in our studio from the beginning of their careers. This one was really organic. Sophie had popped by to hang, we played her an idea we were working on, and within an hour, the core song was done. It was really natural and felt good from the start. Other times, especially now with internet, we will go back and forth over email to collaborate. Call us old school, but we prefer the in-studio experience.

Your sound is infectiously upbeat – is it important to you to keep your music fun and positive?

Absolutely, that’s our mission – to make people feel good and escape from the world. We want people to come to our shows and be themselves and let loose!

Who are your biggest inspirations musically? Who would you love to work with in the future who you haven't yet?