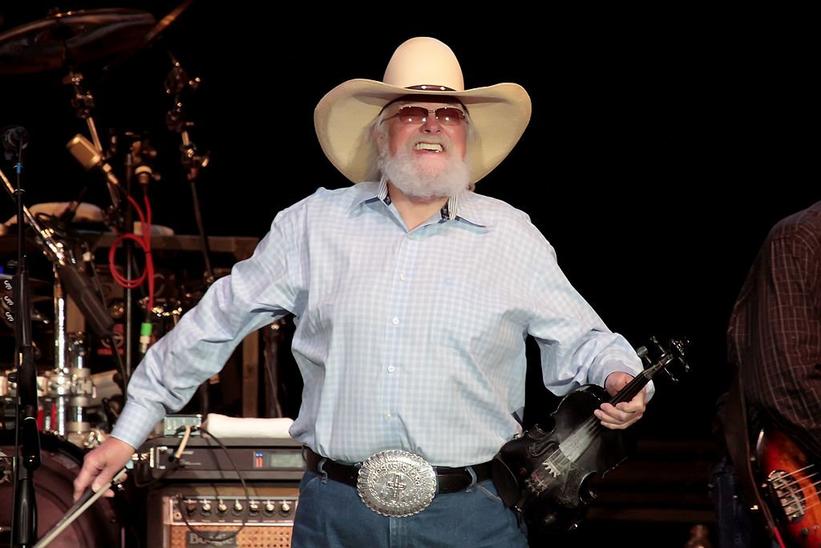 Charlie Daniels, the GRAMMY-winning country singer and multi-instrumentalist known for popular songs like "The Devil Went Down to Georgia," a varied music career and imprint on country and rock, has died. He was 83 years old.

Daniels died of a hemorrhage stroke at Summit Medical Center in Hermitage, Tenn. on Monday, July 6.

Raised in North Carolina, Daniels began his music career as a member of the bluegrass music group Misty Mountain Boys. In 1967, he moved to Nashville and began working as a session musician, producer and songwriter. As a session musician, he played a variety of instruments, the fiddle and banjo among them, on albums from Ringo Starr, Leonard Cohen, Bob Dylan, including Nashville Skyline. He also played live with Cohen on tour. As a songwriter, he co-penned Elvis Presley's "It Hurts Me," and as a producer, more recently, worked on albums including The Youngbloods' Elephant Mountain.

In 1970, Daniels released a self-titled solo album. He formed the Charlie Daniels Band in 1972 and with the group released several albums with "The Devil Went Down to Georgia," "Long Haired Country Boy," "The South’s Gonna Do It Again," "In America" and other songs.

In 2008, at 71 years old, Daniels fulfilled a life-long dream of playing the Grand Ole Opry.

"Tonight will be frozen in my mind as one of the most special nights in my life, absolutely," Daniels said the night of his performance.

The passionate fiddle player joined the Country Music Hall of Fame in 2016.

He won a GRAMMY in the Best Country Vocal Performance By A Duo Or Group at the 22nd Annual GRAMMY Awards for "The Devil Went Down to Georgia." He was nominated for a GRAMMY a total of six times.

"Our deepest condolences to the family of Charlie Daniels. His everlasting influence on country music will continue to be appreciated by music fans around the world," Recording Academy Interim president and CEO Harvey Mason Jr. said in a statement.

The Charlie Daniels Band became known for its outspoken lyricism and Southern pride. "The South’s Gonna Do It Again" and "Long Haired Country Boy" show Daniels' views on culture and his lifestyle. While he is known as an influential figure in country rock, Daniels' fast vocal performance in "The Devil Went Down to Georgia" is noted as perhaps one of the first examples of country rap.

A self-identified patriot, Daniels was vocal about his beliefs, even appearing in a 2016 viral clip where he shared his thoughts about Iran.

But Daniels said he always left his ideas off stage.

"I don’t mind talking about my views in interviews and my blog, but on stage it’s over with. There are no politics on stage," he told Florida Today in 2017. "Now some of my songs are patriotic, but not political. Talking about politics doesn’t bother me because I have deep feelings about our country."

At 80, Daniels was still playing over 100 shows, he shared in the same interview.

"I love what I do," he said about performing live. "I look forward to entertaining people. When show time gets here, I’m ready to go, ready to go play for them. It’s a labor of love."

Beyond music, Daniels gave back to children and young people through his philanthropy, as well as was an avid supporter of the military and veterans.