(In addition to the GRAMMY Awards, The Recording Academy presents Special Merit Awards recognizing contributions of significance to the recording field, including the Lifetime Achievement Award, Trustees Award and Technical GRAMMY Award.)

He never wanted to be the star of anything. But, that's the place fate left him. He thought he was best as a team player. But we all know there was just too much great music in him to be contained by modesty.

When the Beatles ended all he had held inside came flowing out, manifesting itself in the 1970 album All Things Must Pass —  a landmark LP that is still stunning by the quality of the songs and its complete originality. Like it or not, he was now the frontman of the band and more and more great music would flow from him the rest of his life.

It would take volumes to even list his musical achievements and I'm not going to try. His love of Indian music also produced volumes of lovely music, as well as creating a lasting influence on popular music. George truly was the peace and love guy. It wasn't a fad for him. He walked the walk. He dropped some beautiful wisdom on us without preaching, and always keeping a sense of humor, he was forever mindful that we are all so, so human.

It's my guess that he's the only artist on tonight's program who actually changed the world.

(A three-time GRAMMY winner, Tom Petty and George Harrison won the 1989 GRAMMY for Best Rock Performance By A Duo Or Group With Vocal for Traveling Wilburys Volume One by the Traveling Wilburys — a supergroup that also featured Bob Dylan, Jeff Lynne and Roy Orbison. Petty earned a 57th GRAMMY Awards nomination — his 18th — for Best Rock Album for Hypnotic Eye with the Heartbreakers.) 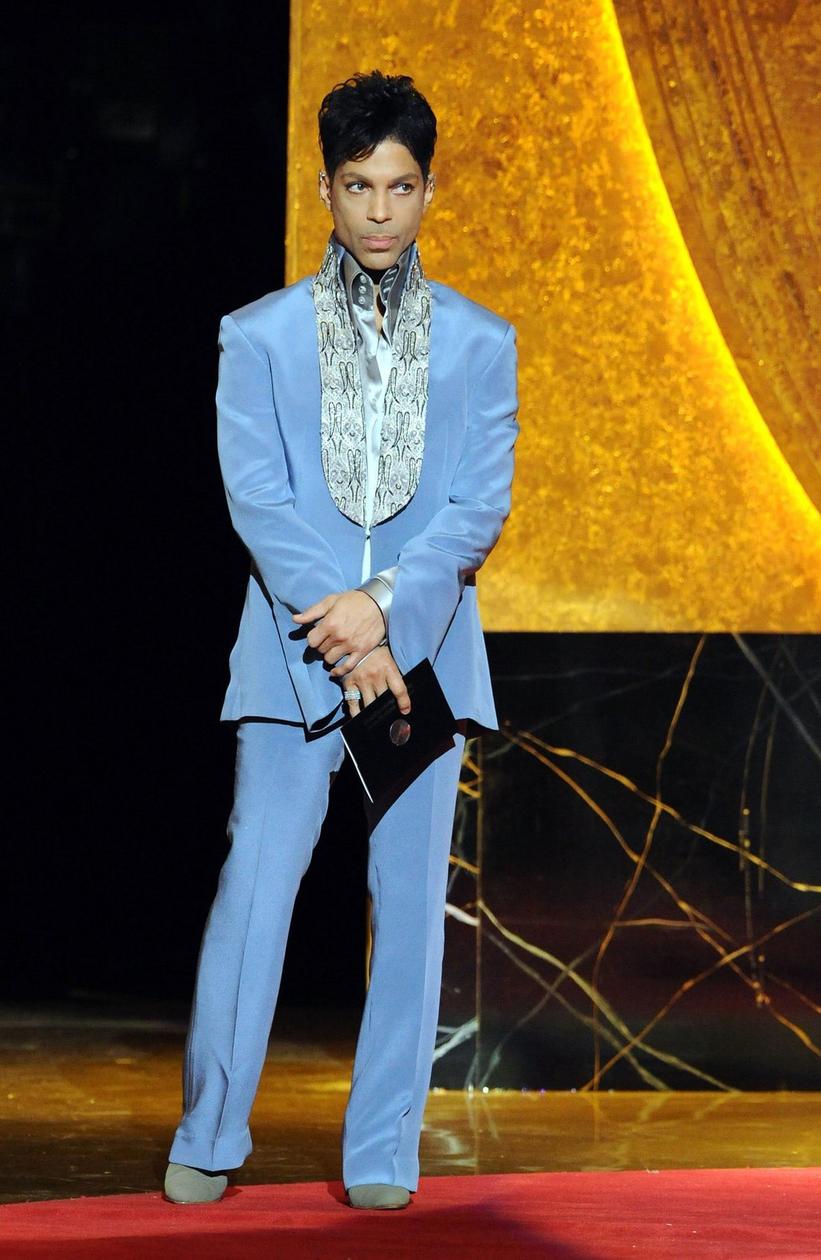 The Week In Music: Prince Is Down In The Digital Dumps

Artist refuses to record until the piracy battle is won

It's been almost a year since Prince formally declared the Internet to be "completely over," and now the artist formerly known as a symbol is back on his Web-hating soap box. "I personally can't stand digital music," said Prince in an interview with the Guardian. "You're getting sound in bits. It affects a different place in your brain. When you play it back, you can't feel anything. We're analog people, not digital." And the other problem with the Internet according to Prince? The lack of regulation when it comes to copyrighted content available for free on the Web. "The industry changed," continued Prince. "We made money [online] before piracy was real crazy. Nobody's making money now except phone companies, Apple and Google. It's like the gold rush out there. Or a carjacking. So I'll just hold off on recording." While we shouldn't expect a new album from the artist anytime soon, we can certainly rest assured that he'll be coming to a town near you, at least for one (or 21) nights.

With a combined 10 GRAMMY Awards, comedian Stephen Colbert and producer/musician Jack White are adding another commonality notch to their belts in the form of a musical collaboration. White and his Nashville-based Third Man Records have produced Colbert's recent single "Charlene II (I'm Over You)," the follow-up to the comedian's '80s new wave release, "Charlene (I'm Right Behind You)." Colbert, along with his backup band — female goth rock group the Black Belles — premiered the single live on June 23 on "The Colbert Report." The song is available for download at iTunes, but audiophiles can also purchase a limited-edition vinyl pressing in red, white and blue available from Third Man Records just in time for the Fourth of July holiday. But fans at iTunes are already looking ahead as one commenter wrote, "Can't wait for Charlene III (Did You Get My Last Record?)!"

Arguably one of music's biggest cult documentaries, Heavy Metal Parking Lot is celebrating its silver anniversary in 2011. Clocking in at just 17 minutes, it's a must-see for aspiring metal heads, and has received accolades from the likes of Oscar-winning writer/director Cameron Crowe, actor Ed Norton and Foo Fighters' Dave Grohl. The film captures the shirtless, beer-guzzling debauchery in the parking lot of the Capitol Centre in Landover, Md., leading up to a 1986 Judas Priest gig. It's lack of cinematography or tangible plot aside, part of the film's charm is its spontaneity. "We certainly didn't go in with an agenda or plan, and 25 years later we are still trying to make sense of Heavy Metal Parking Lot," filmmaker Jeff Krulik told NPR, and said the production cost for the film was a mere $5 for a parking fee. Have any of these headbangers cut their mullets? Find out with a look at what the alumni from Heavy Metal Parking Lot are up to in 2011. And you can relive the film in all its devil-horn glory here.

Politics and music, as they say, make strange bedfellows. They also create a lot of licensing problems. The latest rocker to issue a take-down request is Tom Petty, who will ask the Michele Bachmann presidential campaign to refrain from using his "American Girl" in any campaign-related endeavors, according to an NBC report. Musicians issuing cease-and-desists to politicians trying to co-opt popular songs or musicians into their campaigns has a long contemporary tradition. In 1984 presidential candidate Ronald Reagan invoked Bruce Springsteen during a stump speech, trying to hitch his star to Springsteen's working class fans. In 2008 John McCain apologized to Jackson Browne for using "Running On Empty." That same year California state senatorial candidate Chuck Devore had to make a similar mea culpa to Don Henley for appropriating "The Boys Of Summer" and "All She Wants To Do Is Dance." The grandfather of all political apologies to musicians came in 2010 when U.S. Senate candidate Charlie Crist took to YouTube to issue an official apology to David Byrne for his unauthorized use of "Road To Nowhere." As for Bachmann, maybe this would have been a better choice for her campaign stop.

After she wore a dress made completely out of raw meat to the 2010 MTV Video Music Awards, and arrived encased in an egg shell to the 53rd Annual GRAMMY Awards in February, Lady Gaga has certainly made a name for herself as a raw (no pun intended) and edgy fashionista. With the help of social media network Tumblr, Gaga has created a home for all of her fashion forays in the form of a photo blog titled Amen Fashion. So far, the Fame Monster has posted several entries that picture her showcasing a wide array of styles, from the self-dubbed "Tokyo Unicorn" to her "Born To Kill Look." And, not for the faint of heart, there's also an image of the organ featured in her "Alejandro" video with a post that reads, "He ate my heart, so I put his in the Alejandro video." Moral of the story? Don't eat Gaga's heart, but feel free to get a taste of her fashion sense.

White House party crasher Michaele Salahi made her recording debut back in March and made her live-singing debut (or at least live lip-syncing debut) last week on an NBC affiliate in Miami. Neither events made the splash she and husband Tareq made in 2009 when they crashed an official White House dinner for Indian Prime Minister Manmohan Singh as part of a reality TV stunt. The song, "Bump It," a club-flavored dance track, is available at iTunes, where customer reviewer Klaus Von Bong commented: "Dump it."

Pitbull's "Give Me Everything" featuring Afrojack, Ne-Yo and Nayer is No. 1 on the Billboard Hot 100 and LMFAO's "Party Rock Anthem" featuring Lauren Bennett and GoonRock is tops on iTunes singles chart.