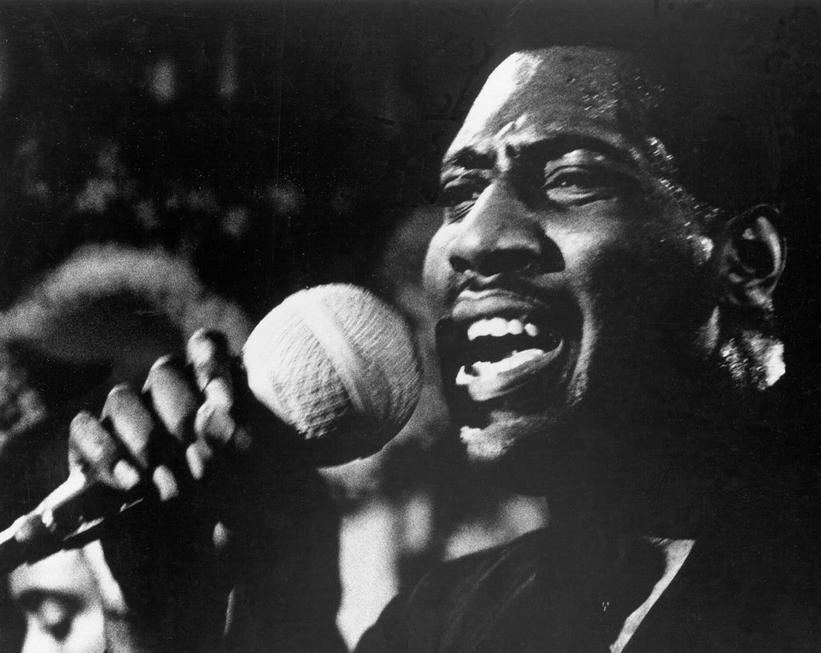 1968: A Year Of Change For The World, Memphis & Stax Records

The year 1968 saw some of the nation's most confrontational and transcendent moments in the civil rights movement and protests against the Vietnam War. In Memphis for the soul label Stax, it was a disruptive year on the corporate front, ending their relationship with Atlantic. The top soul artist in America, Otis Redding, died in a plane crash shortly before the year began. Martin Luther King Jr. was assassinated on April 4, 1968 at the Lorraine Motel, which is now the National Civil Rights Museum.

Now, the most enduring soul music of the era takes centerstage in an upcoming Stax '68 compilation promising new reflections on what Stax has meant to Memphis and to music. The five-disc, 134-song box set will include every single, both A- and B-sides, Stax and its sub-labels released in 1968, a year when so much changed.

We spoke with Deanie Parker who in addition to her songwriting talent, started work in 1963 as publicist for the label. From 1999 through 2007 she also supported revitalization of Stax's local presence as president of the Soulsville Foundation.

"During my lifetime here in Memphis, 1968 was one of those years where our expectations and achievements were challenged, and our beliefs were shattered," said Parker. "We didn't have an opportunity to exhale, to regroup." Even the start of the year felt like a challenge. "Between Otis Redding's death and the disappointment that Atlantic caused in our group and development, then to go to 1968, that was like the climax of the worst of times." Things did get worse ahead, but the music that came from the struggles, conflicts and joy of 1968 lives on.

Singer/songwriter William Bell contributed mightily to the Stax sound, cracking Billboard's Hot 100 in 1968 with "Private Number" and "A Tribute To A King," dedicated to the departed Otis Redding. His 2016 comeback This Is Where I Live won Best Americana Album at the 59th GRAMMY Awards, but this is the same artist who co-wrote the 1967 Albert King-classic "Born Under A Bad Sign" with Booker T. Jones. Bell shows up several times on the new Stax box-set, a testament to how prominent a role he plays in the label's legacy.

Booker T. & The M.G.'s were the Stax house band, playing behind countless artists and setting a shining example as a racially integrated group during a time and in a place of considerable racial tension. Keyboard player Booker T. Jones co-founded the crew in the 1960s playing beside Steve Cropper on guitar, among others. The group received the Recording Academy's Lifetime Achievement Award in 2007 and their 1962 recording "Green Onions" has been inducted into the GRAMMY Hall Of Fame. Their Hot 100 track in 1968 was titled "Soul-Limbo," reaching No. 17.

Brought on board by David Porter, Isaac Hayes and Porter as a songwriting pair combined composing and arranging with producing, establishing the Stax flair and anticipating the later role that producer-stars play in hip-hop. Their work on Sam & Dave's 1967 "Soul Man" was seminal and contributed to the duo's win at the 10th GRAMMY Awards for Best Rhythm & Blues Group Performance, Vocal Or Instrumental. Hayes also has keyboards credits on Otis Redding's The Dock Of The Bay from 1968. A few years later his 1971 "Theme From Shaft" made Isaac Hayes a household word, on Stax's Enterprise label. The single was inducted in the GRAMMY Hall Of Fame in 1999.

Blues guitarist Albert King released his masterpiece Born Under A Bad Sign in 1967, inducted into the GRAMMY Hall Of Fame in 1999. As mentioned above, the title track was written by William Bell and Booker T. Jones. It was King's first of many albums on Stax, advantageously pairing his blues with Booker T. & The M.G.'s, staying true to the musical core of King's music but with enhanced crossover appeal. A pair of King '68 singles with their B-sides appear on the new Stax collection.

In March 1968, Redding's "(Sittin' On) The Dock Of The Bay" was No. 1 on the Hot 100. Redding had written the song with guitarist Cropper. Although he had other posthumous hits, no other tracks came close. Redding and his song won at the 11th GRAMMY Awards for Best Rhythm & Blues Vocal Performance, Male and Best Rhythm & Blues Song. The song was inducted into the GRAMMY Hall Of Fame where it rests beside Redding's "I've Been Loving You Too Long" and "Try A Little Tenderness." He received his Lifetime Achievement Award in 1999. The song kicks off disc one of the new collection just ahead of its B-side, "Sweet Lorene."

The Staple Singers received their Lifetime Achievement Award in 2005 and received many GRAMMY nominations including Best Soul Gospel Performance for their 1968 album Long Walk To D.C. That same year Soul Folk In Action, with Cropper producing as well as playing, provides a magical viewing port into the dreams and optimism that pushed alongside of 1968's struggles, protests and sorrow. It shows some of why the family's influence extends to songwriters today, writing today's lines to help people speak up and speak out. Their songs in the GRAMMY Hall Of Fame include 1956's "Uncloudy Day" on Vee-Jay, and "Respect Yourself" (1971) and "I'll Take You There" (1972) on Stax.

Johnnie Taylor helped Stax finish the year strong as his "Who's Making Love" reached No. 5 on the Hot 100 in December of 1968. It was nominated for Best Rhythm & Blues Vocal Performance, Male at the 11th GRAMMY Awards, losing to Otis Redding. After 1975, Taylor enjoyed hits and created an impressive body of work away from Stax.

Carla Thomas's presence was felt in her 10th GRAMMY Awards nominations, including for her 1967 duets with Otis Redding on King And Queen. Their duet "Tramp" set the stage for 1968 and Otis Redding's greater elevation. Their single "Lovey Dovey" reached No. 60 on the Hot 100 in March 1968. A second-generation Memphis musical powerhouse, Thomas was regarded as a queen of the city's sound and its soul scene.

"We were creating a new sound, a new music, a music that made you feel so good," Parker said of the atmosphere at Stax in '68. "You could write about your personal experiences and world conditions and not have to apologize for it, and then identify with millions of other people around the world who were having the same challenges in their lives. It was just the right time."

She also let on that she was "amazed at what Concord went in that vault and found" for Stax '68, especially her less-well-known favorites, Ollie & The Nightingales. Parker also expressed boundless enthusiasm for Memphis' potential, wishing more would invest in the Memphis Tourism organization's emphasis on the city's many magical music destinations.

Having inspired the digging in this piece, the makers of Stax '68 deserve additional call-outs. Liner-notes writer for Stax '68, Robert Gordon has GRAMMY nominations related to Stax, Johnny Cash and Muddy Waters, and he won "Best Album Notes" at the 53rd GRAMMY Awards for Keep An Eye On The Sky, a compilation box set of Big Star. Producer Steve Greenberg has also been nominated for deep-Stax history and shared in Baha Men's 43rd GRAMMY Awards Best Dance Recording win for "Who Let The Dogs Out" as a producer/mixer.

The Stax heritage lives on, its mystery grows and even 1968 itself remains a combination of many tumultuous expressions from its time. Some of the best were thanks to Stax and its teams. Stax '68 is due out Oct. 19 and is available now for pre-order.

Marvin Gaye 'Let's Get It On' | For The Record