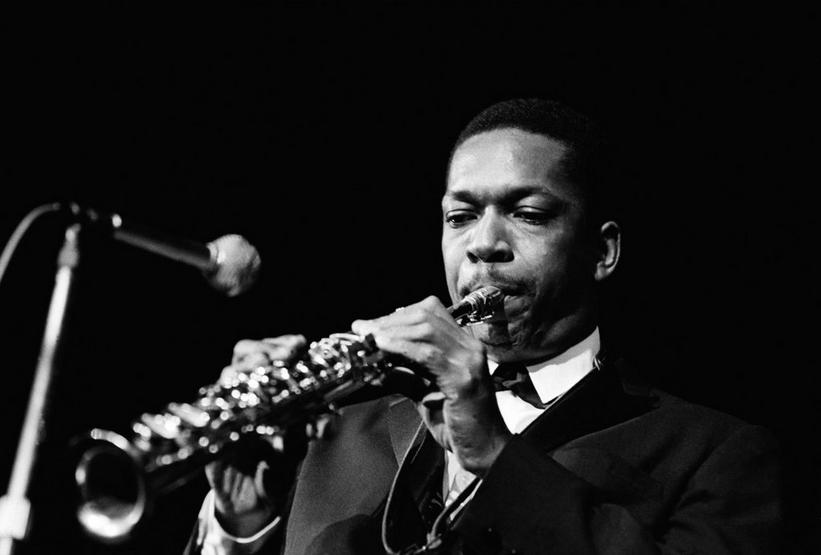 John Coltrane, 'A Love Supreme': For The Record

A controversial leader of experimental jazz, legendary saxophone player John Coltrane recorded his studio album A Love Supreme in December 1964 and it was released the following month, becoming for many his most-beloved piece of work. Filled with spiritual exaltation, his abundance of talent balanced free expression with just enough traditional jazz feel to keep its four heartfelt tracks accessible.

The sidemen in the quartet on A Love Supreme were bass player Jimmy Garrison, drummer Elvin Jones and pianist McCoy Tyner. Coltrane is playing on tenor sax and chants the four-note theme "a love supreme" with himself, later layered by overdubs.

The suite's four parts are "Acknowledgement," "Resolution," "Pursuance," and "Psalm." In "Psalm" Coltrane performs a poem by playing it on his sax. The text was provided in the album's liner notes. It closes, "God breathes through us so completely … so gently we hardly feel it … yet, it is our everything. Thank you God."

The reception of A Love Supreme was major. The album sold a half-million copies by 1970, more than 10 times Coltrane's usual level of sales. In addition, at the 8th GRAMMY Awards, the album brought him his first career nominations for Best Instrumental Jazz Performance — Small Group Or Soloist With A Small Group and for Best Original Jazz Composition.

The album also has a lasting legacy through other artists' patronage to the masterpiece. John McLaughlin and Carlos Santana covered "Acknowledgement" on their 1972 album Love Devotion Surrender, titling their track "A Love Supreme." The GRAMMY-nominated U2 song "Angel Of Harlem" calls out Coltrane and his legendary album as being spiritually present in New York City while "the street sounds like a symphony."

To celebrate the legacy of Coltrane's pioneering work, including A Love Supreme as the pinnacle of his creative output, the Recording Academy honored Coltrane with a posthumous Lifetime Achievement Award in 1992. In 1999 A Love Supreme was inducted into the GRAMMY Hall Of Fame, along with his 1957 album Blue Train.

A Love Supreme was also inducted into the Library of Congress' National Recording Registry in 2015, ensuring its preservation for future generations. Its manuscript is preserved at the Smithsonian's National Museum of American History as one of the Treasures of American History.