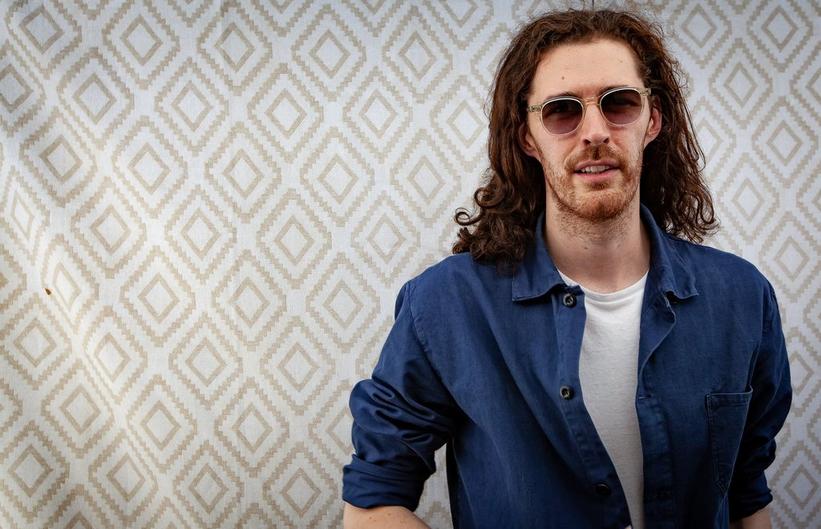 The soulful Irish singer/songwriter tells us about his new single featuring Mavis Staples, how music remains a powerful vehicle for social change, and what's currently on his playlist

Just as singer/songwriter Hozier seemed to sing with a conviction stronger than you might assume from his age on the GRAMMY-nominated smash hit "Take Me To Church," his latest offering, an EP and its title track, "Nina Cried Power" featuring soul legend Mavis Staples traces an even deeper through-line into music's past. Summoning images of some of music and society's most revolutionary figures, the song puts Hozier's swagger and soul on full display while teasing a glimpse of what might still come from his own musical legacy.

We spoke with Hozier backstage at Austin City Limits prior to his Friday set to hear how "Nina Cried Power" came together, how he sees music as a vehicle for social change and what is currently spinning on his timeless playlist.

How did "Nina Cried Power" come together with the great Mavis Staples?

I wrote the song at some point last year. I came off the road, and I think geopolitics was in an odd kind of place, certainly at home and I'm sure abroad, too. There was a very divisive rhetoric... being given a fairly mainstream platform 24/7, so I just wanted to write something that was not cynical, that was hopeful and came from a place of solidarity. Even though it acknowledged the difficulty of, "How do you start addressing these things? Where do you start and what's worthwhile about addressing them?" I just wanted to point to the legacy of other artists that we refer to as heroes and that we call heroes for a reason. In far more difficult circumstances, they sang about what was important to them, they spoke about what was important to them and what affected real people, what affected people at the time; artists like Mavis Staples. So, it was really important, I think, to have her involved in that project. I was super proud that we were able to get together and do it.

What do you think it is about music that has played such a role in social change over the years?

As such, it remains as a document far beyond ourselves. I think what's awesome about songs like that, songs that Mavis Staples would've sang on, songs that the Staples Singers or Bob Dylan or Pete Seeger or Billie Holiday sang on, they're documents we can look at now and say, "Look, these are the difficulties that these people faced," and there's something that's worthwhile about that, I suppose.

What's inspiring you now, and what are you listening to now?

My head is still buried firmly in the 20th century stuff like blues music and folk music. Before this record, I was listening to a lot of Alan Lomax's field recording, which I thought again just as documents, it's so worthwhile that they exist. More recently, I was listening to a bit of Margaret Glaspy. Bahamas. Maggie Rogers, as well, too. I'm really excited about her. I think she's awesome.

What's next for you, musically?

So, the rest of the year I will be, for the most part, touring this. I have another single that we're hoping to release in a couple of weeks' time. I'm really excited about it. It's one of my favorites off of the upcoming record. But the actual album proper would be early next year, so I think in the first quarter of 2019, so February/March time would be the actual full length. I'm really excited about that.