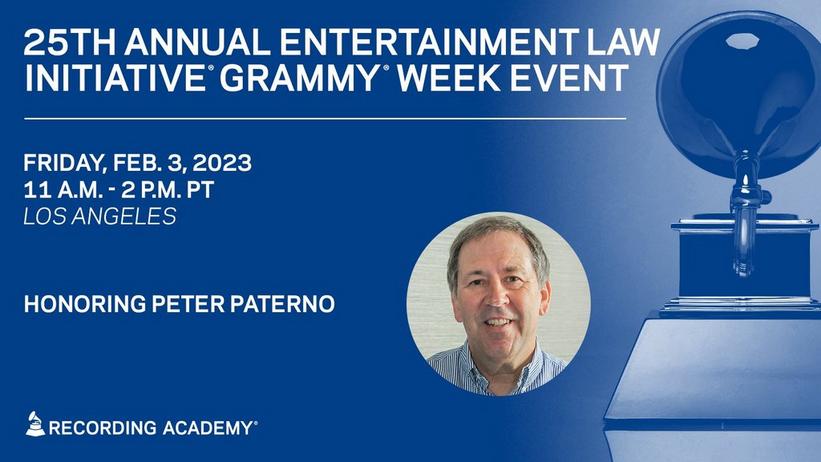 The Entertainment Law Initiative Service Award is presented to an attorney who has demonstrated a commitment to advancing and supporting the music community. The ELI anniversary event will also celebrate the 2023 Law Student Scholarship recipients.

"We're thrilled to return to the Beverly Wilshire Hotel for the 25th anniversary ELI GRAMMY Week Event to salute the impact of entertainment law on the music industry," Recording Academy CEO Harvey Mason jr. said. "The creative community is grateful for Peter's advocacy on behalf of music makers, and I look forward to celebrating ELI's mission to inspire dialogue between industry professionals and to cultivate an inclusive future generation of entertainment law practitioners."

Paterno has also been intimately involved in the formation, purchase and sale of numerous entertainment companies ranging from production, publishing, recording, and film companies to merchandise and consumer electronic enterprises, including a well-known company engaged in the distribution of headphones, along with a streaming music business. He has extensive experience in all aspects of copyright and trademark law, tax planning relating to the entertainment industry, litigation management, and live theater production.

In 1990, Paterno started and became the first president of Hollywood Records, the Walt Disney Company’s popular music record label, reporting directly to Chief Executive Officer Michael Eisner. He now serves as a partner at King, Holmes, Paterno & Soriano, LLP, in Los Angeles. He has been honored on Billboard's Top Music Lawyers List, and as a Super Lawyer for Super Lawyers Magazine. Paterno graduated from Harvey Mudd College (B.S. in mathematics, with distinction 1972); University of Hawaii (M.A. in mathematics 1973); and University of California at Los Angeles (J.D. 1976). 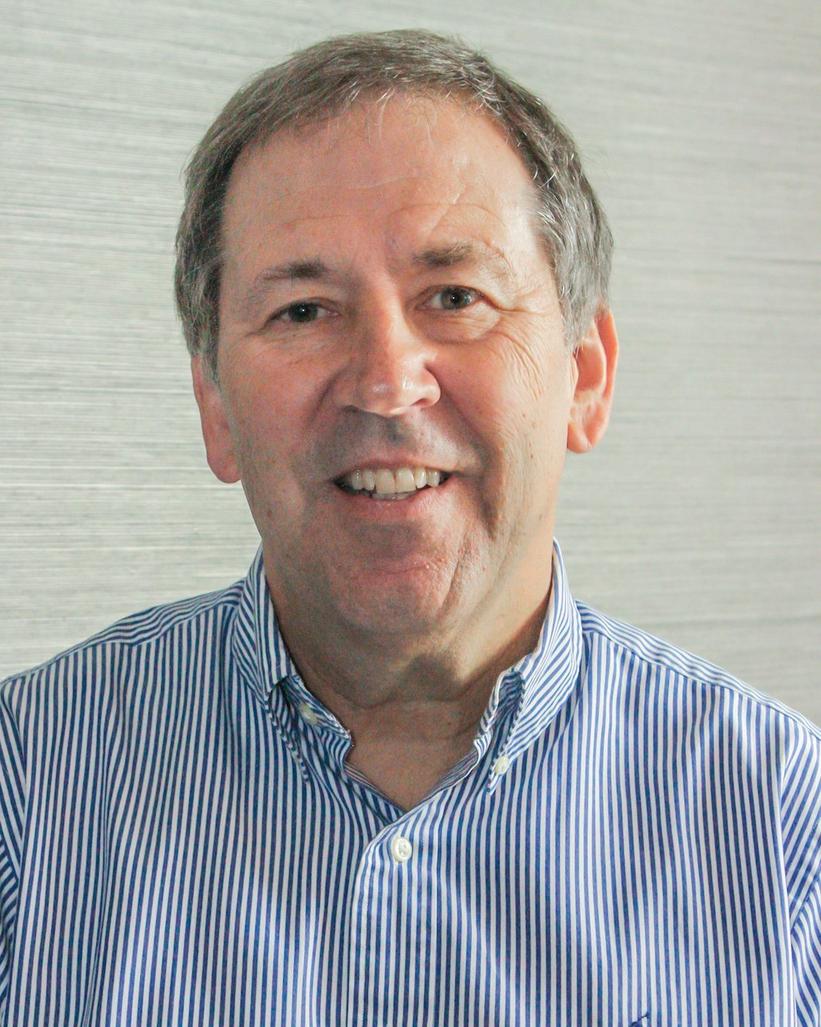 "Peter's longtime commitment to the music business and his ability to confidently navigate the intricacies of our industry make him an outstanding recipient of the ELI Service Award for this year's 25th anniversary event," Neil Crilly, Managing Director of Industry Leader Engagement & Chapter Operations at the Recording Academy, said. "I applaud ELI's Executive Committee for recognizing a leader whose expertise has helped countless artists succeed in their careers and who has supported the music industry through eras of change."

The ELI GRAMMY week event will also celebrate the winner and two runners-up of the 2023 Entertainment Law Initiative writing contest. Co-sponsored by the American Bar Association, the writing contest challenges students in Juris Doctorate and Master of Laws programs at U.S. law schools to research a pressing legal issue facing the modern music industry and outline a proposed solution in a 3,000-word essay. The author of the winning paper will receive a $10,000 scholarship, and the winning paper will be published in the ABA's journal Entertainment & Sports Lawyer; two runners-up from the writing contest will receive a $2,500 scholarship.

The winner will also receive travel and tickets to Los Angeles to attend the 2023 GRAMMYs, officially known as the 65th GRAMMY Awards, MusiCares Person of the Year, and the ELI GRAMMY week event. The contest is open to JD and LLM candidates at U.S. law schools; the submission deadline to enter the 2023 Entertainment Law Initiative Writing Contest is Tuesday, Jan. 3, 2023, at 10 a.m. PT / 1 p.m. ET.

Individual tickets and a limited number of discounted student tickets to the ELI GRAMMY Week Event are on sale now.

The eligibility period for the 65th GRAMMY Awards is Friday, Oct. 1, 2021 – Friday, Sept. 30, 2022. All eligible awards entries must be released within this timeframe.

The Recording Academy and GRAMMY.com do not endorse any particular artist, submission or nominee over another. The results of the GRAMMY Awards, including winners and nominees, are solely dependent on the Recording Academy’s Voting Membership. 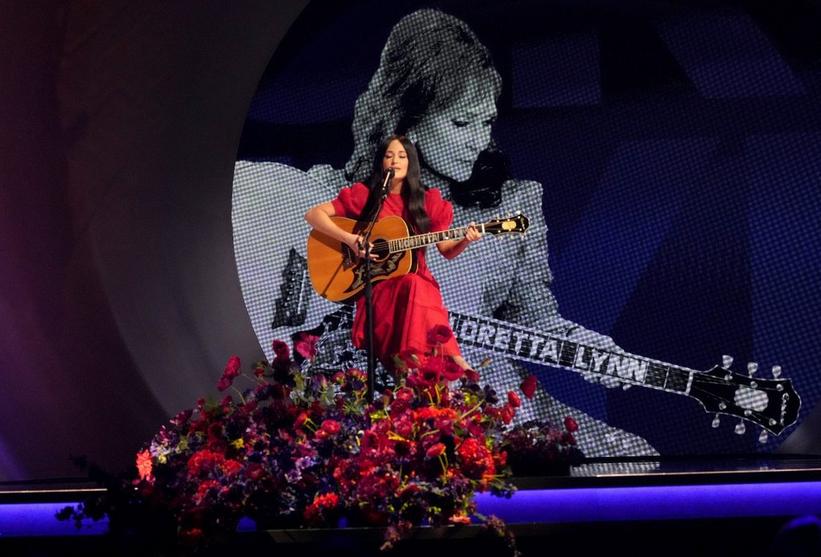 Kacey Musgraves paying tribute to Loretta Lynn during the 2023 GRAMMYs

A moving 2023 GRAMMYs segment featured friends, family and bandmates honoring their departed loved ones in song — including tributes from Kacey Musgraves, Quavo, and Sheryl Crow, Mick Fleetwood, and Bonnie Raitt.

The GRAMMY Awards' annual tribute to music industry icons who passed in the preceding year is always a bittersweet highlight of the ceremony — and this year's moving edition was certainly no exception.

In addition to honoring the many artists, producers, executives, and more who we lost, three legendary musicians received individual recognition from their close friends, collaborators, and loved ones.

A longtime admirer of Loretta Lynn, Kacey Musgraves became friends with the late country legend after opening for Lynn's 2012 tour — and thus was the perfect person to honor the four-time GRAMMY-winner.

Surrounded by a spray of red flowers and wearing a red dress that would've suited the Songwriter Hall of Fame honoree, Musgraves delivered a sterling rendition of Lynn's autobiographical "Coal Miner's Daughter."

With each strum of her guitar — with Lynn’s name inlaid on the neck in enamel — Musgraves brought more of her hero's trademark warmth and country legacy into fuller bloom, the names and images of other lost legends materializing behind her.

The rap world was stunned when it lost Migos member Takeoff in a tragic shooting in November, and his uncle and bandmate Quavo paid tribute with the elegiac "Without You." The rapper's soulful delivery was rounded out by the rich harmonies of gospel group Maverick City Music, the pain evident in his face as he sat next to an empty stool, his nephew’s chain hanging from a tragically unused mic stand.

As the song concluded, Quavo rose, holding that chain up to the heavens, his hope to see Takeoff again ringing out.

While clips of heroes like Jeff Beck and David Crosby surely brought tears to many an eye, the heartfelt tributes were rounded out by the trio of Sheryl Crow, Bonnie Raitt, and Fleetwood Mac's Mick Fleetwood. Together, they honored Christine McVie with a poignant rendition of Fleetwood Mac's "Songbird." 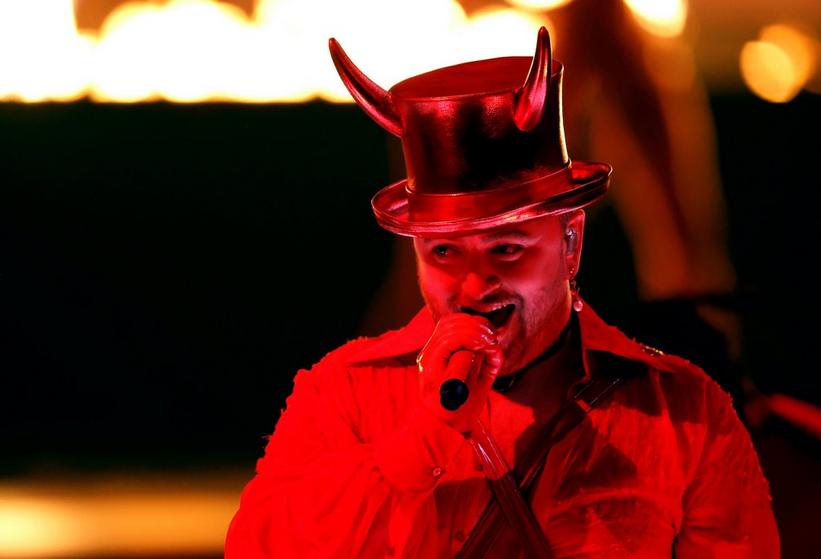 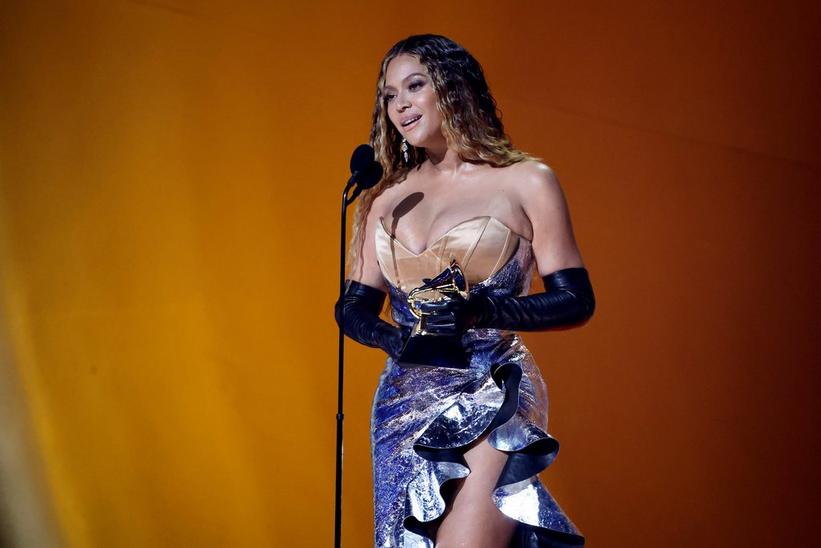 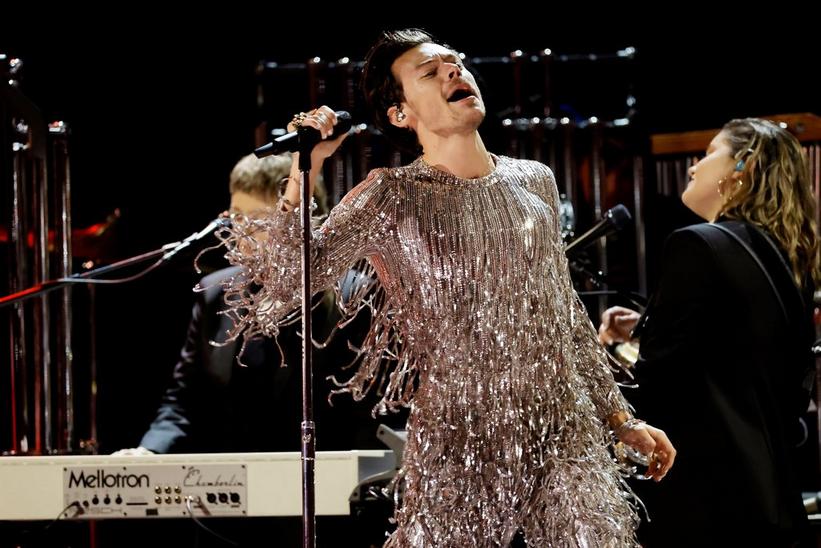