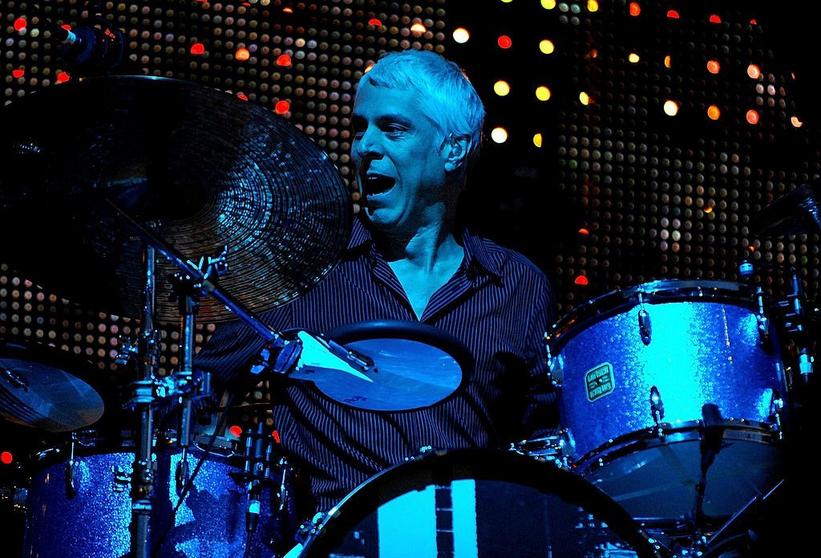 The renowned musician had been battling cancer for eight years

Industrial rock/metal drummer and multi-instrumentalist Bill Rieflin who popularly performed alongside GRAMMY-nominated bands like Nine Inch Nails, R.E.M, King Crimson and Ministry, has passed away from cancer at the age of 59.

His death was confirmed by his family in a statement that revealed the well-known Seattle-born musician as having suffered an eight-year-long battle with the disease.

In the statement, his family wrote: "Bill was a world-class musician who was at home on the drums, guitar, bass, and keyboards. He was also an accomplished composer and producer who possessed a sophisticated ear, a depth of rare talent and complete dedication to his craft."

They continued, saying, "His refined manner, brilliant mind, eye for the ironic and legendary sense of humor defined him as a man of discerning taste, palate, and company. We will miss him terribly."

Throughout his 30-year career, Rieflin jumped from group to group, supporting acts with work that spanned playing bass, drums, keys and even occasionally contributing vocals. He appeared as a drummer on his first record in 1988 with the release of Ministry's The Land Of Rape And Honey. Throughout the '90s and 2000s he rose to prominence for collaborative recordings with groups including the Revolting Cocks, KMFDM, Pigface and Swans as well as a slew of solo recordings and releases. His latest release came in the form of King Crimson's live 2018 album, Meltdown: Live In Mexico City, for which he handled the keyboard and production on the record.

His notable versatility and spirit of creative cooperation was adored by artists around the world and across music communities.

Various musicians and music community members took to social media to express their condolences, pay tribute and share personal memories with the artist.

Our dear wonderful Bill Rieflin flew from this world today. Much loved HUMAN and member of King Crimson. Family by his side. Forever in our hearts. #billrieflin pic.twitter.com/Z4FkM74X1X

Today we lost a wonderful artist, tremendous human being and an integral part of Ministry’s developments and success…

Safe travels my brother on the way to your next universal gig.

Paying tribute to one of the most respected industrial drummers, Seattle-born, Bill Rieflin on @kexp He played drums with Ministry, the Revolting Cocks, Lard, KMFDM, Pigface, Swans, Chris Connelly, and Nine Inch Nails. He was most recently a member of King Crimson. pic.twitter.com/2wyYZZyWcz

Seeing news that my old friend Bill Rieflin has died of cancer. You know him as a mighty drummer for bands from Ministry to later R.E.M. To me he was the kindest guy who worked with me at Tower Records SF when I was 19 and so uncool. Hadn't seen him for a while but I am so sad. pic.twitter.com/MAXjc3TzNX

Last year, Rieflin’s wife of 27 years and painter Francesca Sundsten passed away after her own bout with cancer.