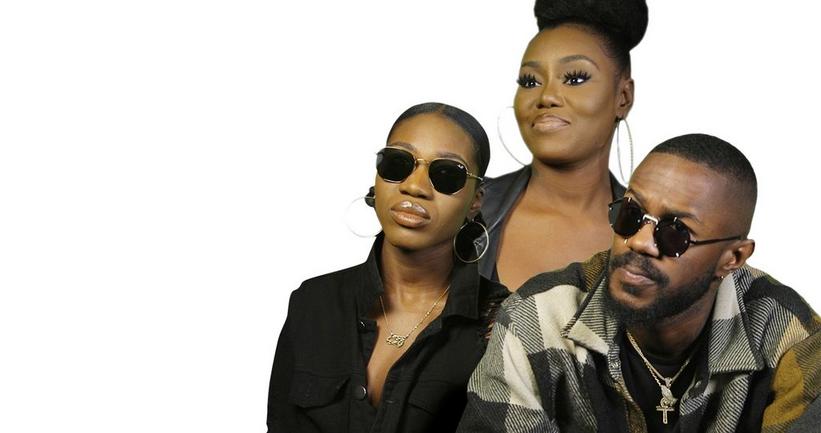 Named after their father's middle name and their mother's maiden name, sibling trio JAMESDAVIS have been singing together for six years.

"We put [the names] together because obviously there's no space between us," Jessika, one third of the R&B group, tells the Recording Academy about the spelling of their name.

Their latest EP MASTERPEACE explores what being at peace for the first time feels like. "We're always striving just to master peace," AusTon says about the inspiration behind the album. "You got a lot of new people, a lot of different circumstances, just a lot of things going on so sometimes it can be a challenge just to have that peace in your life."

Watch the latest installment of Up Close & Personal to hear what song on the album means most to the band, collaborations they’d like to do and a lesson the industry has taught them.

Behind The Board: Julie Wolf On Touring With Ani DiFranco, Trust & Serving The Song 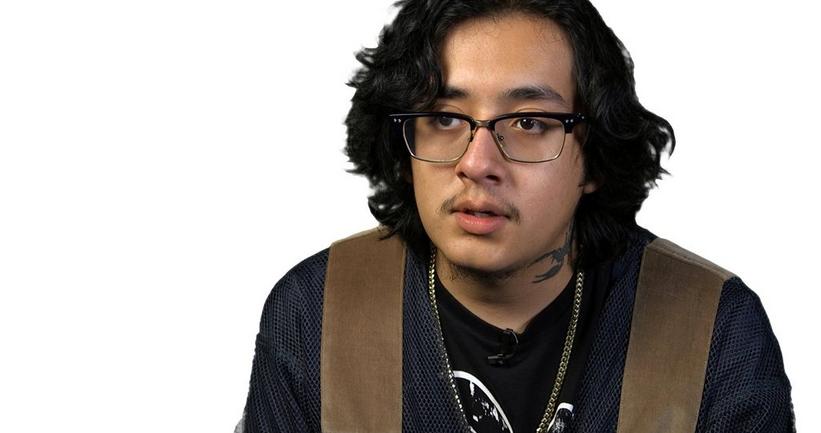 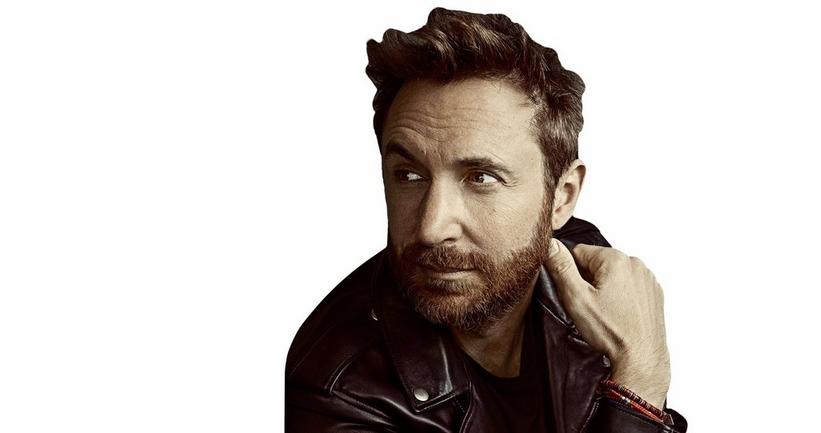 The GRAMMY-winning producer also chats about the soul music that inspires him, the benefits of working within limitations and more

GRAMMY-winning producer David Guetta is not content to rest on his success. In fact, he's taken the opportunity of being stuck at home during the current pandemic to experiment and explore new sounds.

In the latest episode of Up Close & Personal, the superstar chats with GRAMMY.com Editor-in-Chief Justin Dwayne Joseph about his new single “Let’s Love” featuring Sia, creating music in the COVID-19 era, and the soul music that inspires him.

Guetta talks about the amazing transformation "Let's Love" made from the slower ballad it was in the demo to the energetic dance record with an '80s vibe it became. He also goes deeper into the influence of soul music on house music and remembers back to his early days of discovering his love for funk and disco, tracing the way he developed his personal style from combining early electronic music with funk and boogie.

"That combination," he said, "became what I've done as a producer many years late, having a dark instrumental with a soulful vocal full of hope, and making feel-good music."

Find out more about what the two-time GRAMMY winner has been up to, how he views working within limitations and more in the video above. 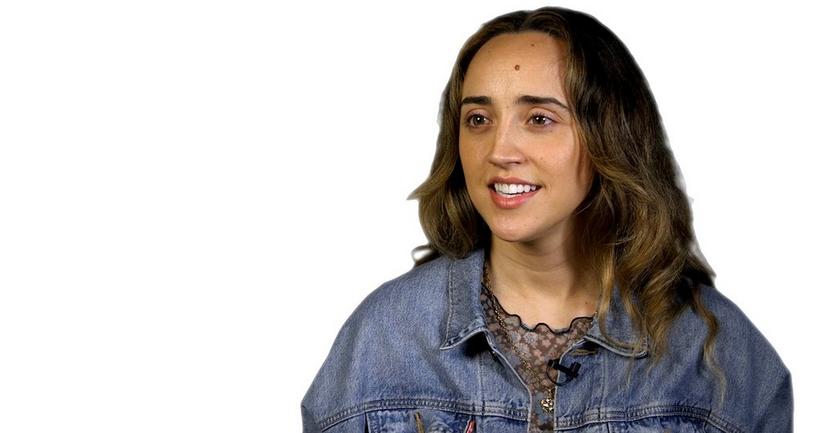 Singer/songwriter and producer Tess Henley's first experience with music happened before she was even born. Her mother was in a band when she was little and she would watch her perform on stage.

"My mom was in a band growing up, so probably seeing her sing. She actually was pregnant with me when she was performing. So technically that was my first experience," she told the Recording Academy in the latest Up Close & Personal.

Years later, Henley, who released her debut EP Easy To Love in 2008, is now a performer herself, singing energetic, soulful R&B. Her latest EP Better comes after a four-year hiatus that the singer took in search of change. "I re-evaluated my personal life, from the people in my life, the food I was eating, my living space and how that was affecting my creativity, and then as far as my musical world, sonically where I wanted to go," she said.

The Recording Academy spoke to Henley about the EP, producing for the first time, touring and more.

There seems to be pressure to release music more often than not. But you actually took a four-year hiatus before releasing Better. How did that help you with your creativity?

I had been on the road for most of 2015 and I just hadn't had time to stop and think and be creative and so I just needed time to get in that zone. Having that length of time [also] allowed me to reassess a lot more than I probably would have if I hadn't had that time. And it's not easy to take that time, especially now when everyone's moving so fast. So it was difficult because you feel out of it. But sometimes it's necessary to just go away for a little while, but I just needed change.

What did you re-evaluate during the break?

Everything. I re-evaluated my personal life, from the people in my life, the food I was eating, my living space and how that was affecting my creativity, and then as far as my musical world, sonically where I wanted to go ... With every project, [I] think about, okay that worked, that didn't work or I didn't like how that made me feel, so I want to do something different and so I started producing and that was a big change for me. But I was taking a microscope to most areas of my life.

So after that break, what was your mindset going into creating Better?

When I say that I needed a change, I think I wanted to make music that made me feel good and I think I've always been kind of an emotional, sensitive person. It's easy for me to lean that way and write about my feelings and get in my feelings. And so this, I just wanted to focus on feeling good. And it's not always easy to write happy songs because happy's an emotion that you're just happy. There's not much else to say sometimes, but that's how that period of time for me was. I was just focusing on the things that made me grow.

How do you feel you've grown since your last album?

Well, I would say the production side of things was probably the biggest area of growth. Learning how to open up logic and record myself and try experimenting more with sounds and plug-ins and that's a whole world in itself. And there's a big learning curve, and there's still a lot to learn there. But I did definitely learn a lot on the production side of things with this project.

Tell me the story behind "Same Girl."

That song, the original version is "Am I The Same Girl?" And that was really back in '68, somewhere around there, and it's always been a song I can remember growing up to. There was an instrumental version called "Soulful Strut" and I always loved it when I heard it. It was in The Parent Trap with Lindsay Lohan, which was one of my favorite movies growing up. And so it's always been a song that when it comes on, I sing along and then when I was recording in Philadelphia some years ago, I heard a vocal version and it made me love the song even more. So it's just kind of always been in my back pocket as a song that would be fun to remake. I was working with Jesse Boykins III on this project and he came up with an idea for it and I took that and ran with it and it was one of the first songs I tried producing.

How was that experience?

I remember locking myself in my bedroom all night and I was still in my gym clothes but his idea inspired me to just see it through and it just seemed to click. I didn't expect it to ... sometimes, when you're writing or recording, things don't just fall into place. But this song kind of fell into place for me.

What attracts you to soul music?

I think that any music that makes me feel something, and when I think about soul music, I think that can be a lot of different genres to me, I hear singers, folk singers or singer/songwriters and their voices making me feel something or it's coming from a soulful place and that is just a spiritual experience for me and I've just always been drawn to music and artists and bands like that.

What's next for you? What are you up now that your album is out?

How was touring with Lianne?

It was great. I've always loved her music and ... I've just admired her as an artist, but then getting to know her more, she's just a really great, sweet person. So it was just a positive experience. 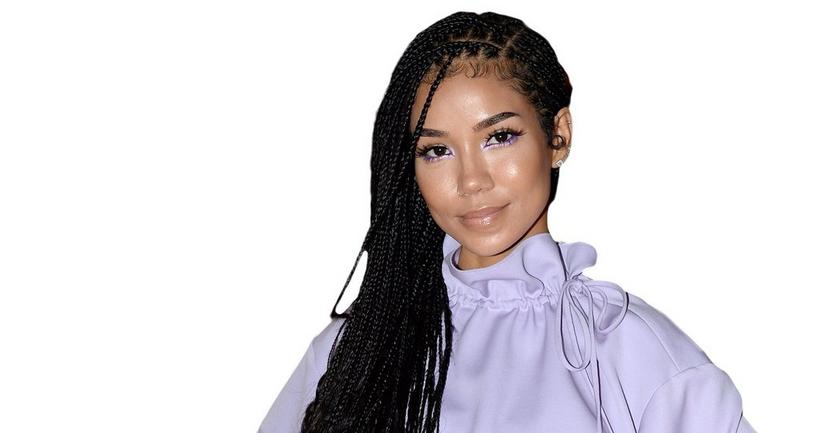 The GRAMMY-nominated artist shares her personal evolution and reveals how incorporating crystal alchemy sound bowls is helping her heal audiences, even on her sensual tracks

Timing is everything. Jhené Aiko's CHILOMBO is a testament to that. For the 32-year-old R&B singer/songwriter whose career has only grown stronger since she began songwriting for former R&B group B2K in the 2000s, a lot of things have come together for her on her latest album. For one, her third album, the follow-up to 2017's Trip, is the one in which she has come to accept all of herself, even the parts of her that at one point she wasn't so keen on.

"I'm 32 now. I've lived, I've learned. And I think that's all just reflected in the music," Aiko says in the latest Up Close & Personal.

In CHILOMBO, recently released with more tracks as CHILOMBO (Deluxe), Aiko also incorporates sound healing for the first time since she began exploring it at the age of 19. Every track is infused with crystal alchemy singing bowls, which have been found to mentally and physically help heal.

"At some point, I realized that a part of my purpose is to help people get through things," she shares. "Now that I'm studying sound healing and know the importance of sound, I just feel like it's my responsibility as a musician to really take care of the sounds that I put into the music."

While promoting healing, Aiko also delivers some of her most sensual songs to date, including "On The Way" featuring her first-ever collaboration with her sister Mila J.

"There were a few times where it almost happened but then timing or something wouldn't line up, and I don't know, I think [this time] it was just perfect timing," she says about the collab. "Even though it took a long time, it took the time it was supposed to take for us to come together because we probably couldn't have made that type of song when I was younger."

Watch the video above to learn more about the meaning behind CHILOMBO.

EXCLUSIVE: Wale Pens Personal Letter About His Powerful "Sue Me" Video: "There Are Two Different Americas