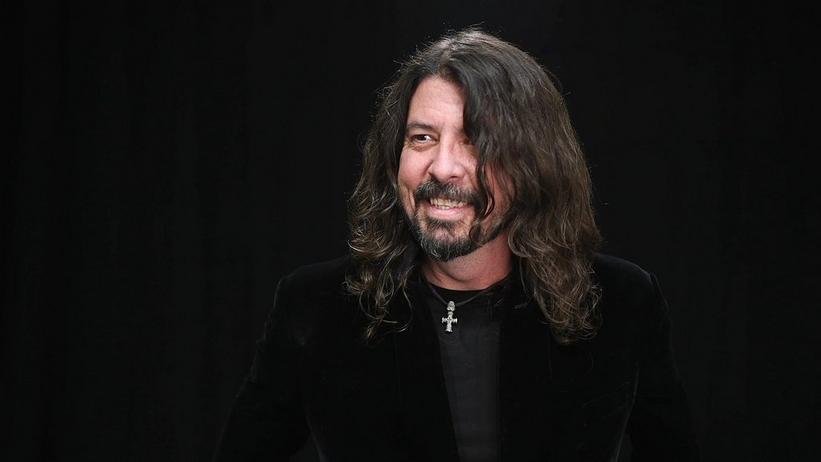 Dave Grohl Tells The Story Of Jamming With Prince, Talks Growing Up To His Records

Foo Fighters' tribute to the Purple One, plus many more, will air on CBS on April 21 as part of "Let's Go Crazy: The GRAMMY Salute To Prince"

There probably isn't a musician on Earth who hasn't dreamed of jamming with the one-and-only musical force of nature known as Prince. For Foo Fighters frontman Dave Grohl, this dream came true during Prince's now-famous 21-night residency at The Forum in Los Angeles in 2011.

Prince's L.A. takeover kicked off on April 14 that year and also included intimate performances at the Troubadour, House Of Blues. The town was abuzz, as tickets for the Forum shows were only $25, a nice gift to his fans. But even local rock stars took note of the special occasion.

"He did this 21-night run at the Forum in Los Angeles, so of course me and my friends are like, 'of course we've got to go to at least one show,'" said Grohl backstage at "Let's Go Crazy: The GRAMMY Salute To Prince."

So naturally, Grohl and his friends piled into a party bus to head down to Inglewood, taking advantage of L.A. traffic to have a few (too many) drinks. When they arrived, Grohl's security person, who also worked with Prince had some news for Dave.

According to the story, his security guard told him, "'Hey, he knows your here, he's gonna call you up to jam,'" Grohl recalled. "And I was like, 'no no no no no, I've had one too many already, I'm not going up there with Prince like this. Anybody else I would jump up on stage and make a mess, but Prince? No way."

After the show, Grohl would be led back behind a velvet curtain to meet Prince and the great Sheila E., a double thrill. Prince asked him when he wanted to jam, then told him to come back the next week on Friday. To arrange the details, Grohl's manager gave Prince Dave's phone number.

"I sat with that phone in my hand for a week, on vibrate, sleeping with it near my head, the whole thing, waiting for him to call, and he never called," Grohl said.

By the time that Friday came around, Grohl showed up at the Forum not knowing quite what to expect.

"I walk out into the arena... it's empy. I'm talking to my guitar tech and all of a sudden, just like that 'SNL' skit with Maya Rudolph, he just appears," Grohl said. "He goes, 'you wanna jam?'"

Grohl then recalled sitting behind the drum kit as the band started joining in with Prince on bass. After the first song, everyone is high-fiving and Prince told him he had a heavy foot, a compliment Grohl took to heart.

"Then he picks up a guitar and starts playing 'Whole Lotta Love' by Led Zeppelin," Grohl said. "And it was awesome. It sounded so good, amazing. We do that for like eight minutes and I'm like, 'Oh god, this is the best band I've ever been in."

Due scheduling conflicts, Grohl never got to join Prince on stage during a show, though he was invited back. Unfortunately, he never saw Prince again, but the experience is that of a dream and one Grohl will never forget.

You can catch Foo Fighters' tribute to the Purple One, plus many more, can be seen as part of "Let's Go Crazy: The GRAMMY Salute To Prince." airing on Tuesday, April 21, the four-year anniversary of Prince's death, from 9–11PM ET/PT on CBS and streaming on CBS All Access.