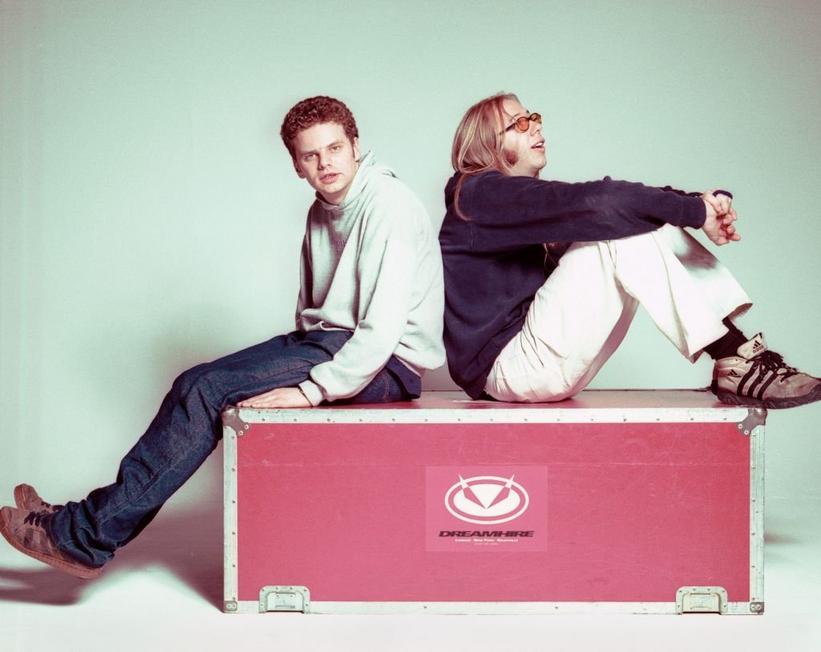 Ed Simons (left) and Tom Rowlands of the Chemical Brothers in London, 1997

Back With Another One Of Those Block Rockin' Beats: Revisiting The Chemical Brothers' 'Dig Your Own Hole' At 25

Six-time GRAMMY winners the Chemical Brothers broke into the American dance music scene in 1997 with 'Dig Your Own Hole.' Learn how tracks from the much-sampled classic, like "Block Rockin' Beats," changed the sound of electronic music and dominated MTV.

Tom Rowlands and Ed Simons origins were auspicious enough: A couple of students at Manchester University in the late '80s who shared a love of American dance music and hip-hop. As DJs for a party called Naked Under Leather who also enjoyed going out dancing, they developed a sense of what made for a great Saturday night dance floor smash.

Just eight years after they met, the duo formerly known as the Dust Brothers had rebranded as the Chemical Brothers and were conquering MTV with their second full-length album. Released on April 7, 1997, Dig Your Own Hole placed Rowlands and Simons at the forefront of a renewed American interest in dance music, which had been bubbling at underground clubs and raves since the early '90s and finally boiled over.

Though it draws from the divergent sounds of psychedelic rock, hip-hop and techno, Dig Your Own Hole advanced a cohesive and bombastic sound that was unexpected in many mainstream circles. It is sequenced to mimic a continuously mixed DJ set, with the end of one song flowing seamlessly into the beginning of the next. The album’s structure and music videos brought additional visibility to the way dance music is consumed: on the dancefloor, with a DJ and lots of body shaking energy.

Directed by buzzing producers like Spike Jonze and Michele Gondry, the album's slick and visually-arresting videos channeled a rousing club energy. Videos for lead singles "Block Rockin' Beats" (which samples rapper Schoolly D, among others) and the Noel Gallagher-voiced rager "Setting Sun" were featured heavily on MTV in show bumpers, and on a music video program called "Amp."

“These all offered a glimpse into a much more interesting world and culture that was extremely enticing and inviting to young Americans," says Errol Kolosine, then a manager at Astralwerks, the Chemical Brothers’ U.S. label.

Interest from MTV wasn’t confined to the Viacom high-rise. MTV staffers were an enthusiastic presence at label tours and parties: "They were legit fans of the music and so in that sense they were co-conspirators, with the videos being featured on 'Amp' seeping their way onto regular playlists,” Kolosine continues.

The Chemical Brothers also appeared on two successful Amp compilations, which pointed even more sales to Dig Your Own Hole. Just five months after its release, the album was certified gold by the RIAA  — a remarkable achievement for an electronic music act. Among their contemporaries in the UK, only Fatboy Slim and Prodigy achieved Gold status in the United States.

Yet as their popularity rose, Rowlands and Simons preferred to keep a low profile — even in their own videos, with the exception of a brief cameo in "Block Rockin' Beats" — and weren't exactly comfortable being the poster children for a dance revolution.

"What do you think about MTV proclaiming techno music as the next big thing?" a fan nicknamed "Plexus" asked the Chemical Brothers during an online chat on MTV.com in 1997, not long after they released Dig Your Own Hole.

"Not a lot," they replied cheekily.

"We're in this weird position of being in America and being seen as the leaders of the dance music explosion that's happening there when most of the inspiration we've had has come from America, as anyone can hear on the new album," Simons elaborated later that year in a cover story for the trendy English magazine The Face. "It's ridiculous that they see the Prodigy and the Chemical Brothers as the dance music."

Rowlands and Simons thought this adulation was absurd. They idolized visionary Black Americans like Chicago’s house music godfather Frankie Knuckles and Detroit techno pioneer Juan Atkins, who were major influences on U.K. dance music but hadn’t gotten their due in the States. They were also inspired by the power of beatmakers like Public Enemy producers the Bomb Squad.

As the duo had tapped America's dance craze, the Chemical Brothers also found favor with rock fans after Dig Your Own Hole was embraced by rock radio stations (their previous album, Exit Planet Dust, didn't receive the same airplay). As a result, a sector of rock fans tapped into their electronic vibe despite a lack of the genre’s central instrument.

"It's hard to think what components of rock music are actually in [Block Rockin' Beats]," Rowlands told the New York Times in 1999. "There aren't any. There's no guitar. There's no singer, yet somebody can hear in that record a spirit or sort of a looseness or sort of an energy or something that reminds them of rock music."

"We encountered our share of resistance," Kolosine tells GRAMMY.com. "I don't think it's an exaggeration to say that 'Setting Sun' is one of the most radical pieces of music to achieve that kind of success here, especially on the radio. But we all took a great deal of pride at achieving those successes with artists and songs we were told would never work here.

"I certainly saw it quite differently in that I considered this music to be a powerful force to bring people of different types together," he added, "so it did feel like we were moving the culture forward when we succeeded."

The success continued with a GRAMMY win and two nominations in 1998, taking home a golden gramophone for Best Rock Instrumental Performance for "Block Rockin' Beats." And Rowlands and Simons started finding out that they had a growing number of famous admirers: George Harrison, who was also sampled on "Setting Sun" and served as an inspiration for the album's Beatles tribute "The Private Psychedelic Reel," sent over a signed copy of his 1969 album Electronic Sound.

"We met Simon Le Bon," Simons told SPIN in 1997. The Duran Duran frontman was a fan, and he let them know. "He was out of his mind. He was singing us his new song, and saying he wanted a remix. He said 'Setting Sun' was the best thing he'd heard in the 1990s. Me and Tom were at a loss for words. We started mumbling about 'Rio' and 'Ordinary World.'"

Twenty-five years have passed since the release date, and Dig Your Own Hole continues to provide inspiration for crate diggers. Samples of "Block Rockin' Beats" have been officially detected in 18 newer songs, including popular tracks by Fatboy Slim, Frontline Assembly, the Hood Internet and 2K (aka The KLF). The actual number of songs that have sampled or interpolated these beats under the radar is likely to be much higher, though.

The album's seamless, DJ-minded sequencing also helped to change the outlook of electronic dance artists, who could now make cohesive albums without sacrificing experimentation (or potential for success). With Dig Your Own Hole, the Chemical Brothers opened the door for other English electronic dance acts like Groove Armada, Dirty Vegas and Basement Jaxx to set their sights on America in the late '90s and early aughts.

The album's siren songs still have the depth to set off dancefloors worldwide. And the Chemical Brothers are still winning GRAMMYs, most recently Best Dance Recording (for "Got To Keep On") and Best Electronic/Dance Album (for their ninth studio album, No Geography) at the 2020 GRAMMY Awards. Rowlands and Simons are currently in the studio working on new music, because it's still their job to find those Saturday night smash hits.

A 25th anniversary reissue of Dig Your Own Hole with five additional tracks will be released on CD as well as 1,997 copies of limited edition vinyl on July 29.

Meet The First-Time GRAMMY Nominee: Why Marshmello Strived To Make 'Shockwave' His Most Diverse Album Yet — And How It Paid Off 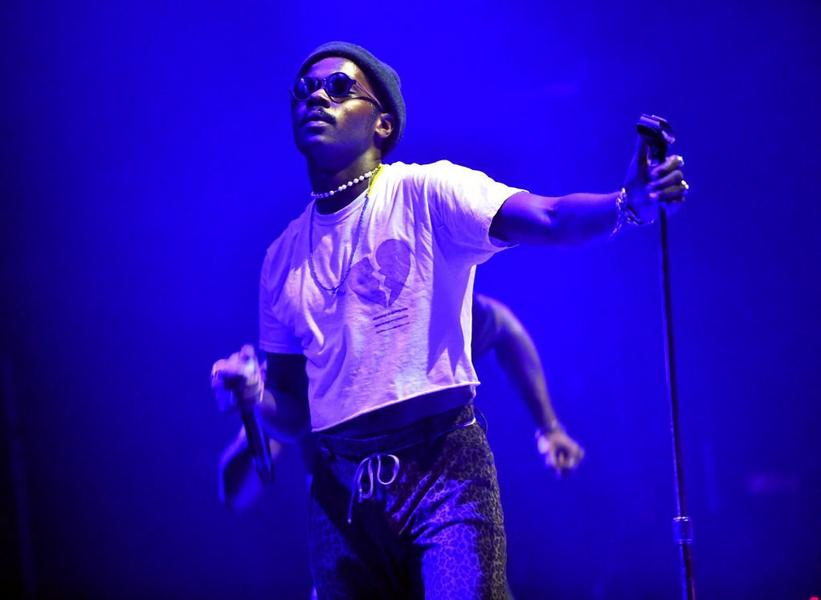 In contrast to the all the colorful music fest lineups with big-font headliners we've seen over the past few weeks, Sónar just dropped a beige, all-lowercase, one-font-size lineup for their June 2020 Barcelona event. Despite the simple layout, the list is filled with an epic artist offering, including The Chemical Brothers, along with rising rapper/producer/dance hero Channel Tres, LCD Soundsystem frontman James Murphy, '00-and-beyond house & techno innovator Eric Prydz, environmental scientist/disco queen Jayda G, "Love$ick" producer Mura Masa and many more.

According to Sónar, current 2020 GRAMMY nominees The Chemical Brothers will be making the Spanish debut of their acclaimed live show, which they toured in 2019 alongside the release of their GRAMMY-nominated No Geography. THE BLAZE will be performing their only live show of 2020 at the fest. Both acts are a great representation of artists celebrated by Sónar—cinematic, unexpected electronic music elevated by the stunning visuals/technology of their live shows.

While Sónar is beloved for their expert curation from within the eclectic electronic music rainbow, they also celebrate left-of-center acts in other areas, particularly in the hip-hop. Channel Tres, whose self-made beats are infused with '90s G-funk, is an artist whose music lives within both worlds. Afro-Latina rapper Princess Nokia, who marks her return to the fest this year, also uses the medium of rapping to incorporate and celebrate diverse sounds and identities within her music.

Related: Princess Nokia Is Making Space For People Who "Don't Have A Voice Yet" In Music

U.K. rappers Dave, AJ Tracey, Headie One and Conducta, will bring Britain's prevalent trap Grime and drill sounds to the iconic festival. The newer SonarXS stage grows this year as it "expands its mission as a springboard for local and international talent from the fringes." Now in its fourth year, the newly revamped stage "presents Spanish trap and reggaeton from Morad, Afrojuice195 and Miss Nina, as well as unclassifiable strains of street derived music from the likes of Chenta Tsai - Baobae, Califato ¾ or Kaydy Cain."

Tickets are on sale now; visit Sónar's website for more info as well as the complete lineup.

Here Are The Nominees For Best Music Video | 2020 GRAMMYs

The 2020 GRAMMYs are just around the corner, and now the nominations are in for Best Music Video. While we'll have to wait until the 62nd GRAMMY Awards air on CBS on Jan. 26 to find out who will win, let's take a look at which visuals have been nominated for Best Music Video.

"We’ve Got To Try," The Chemical Brothers 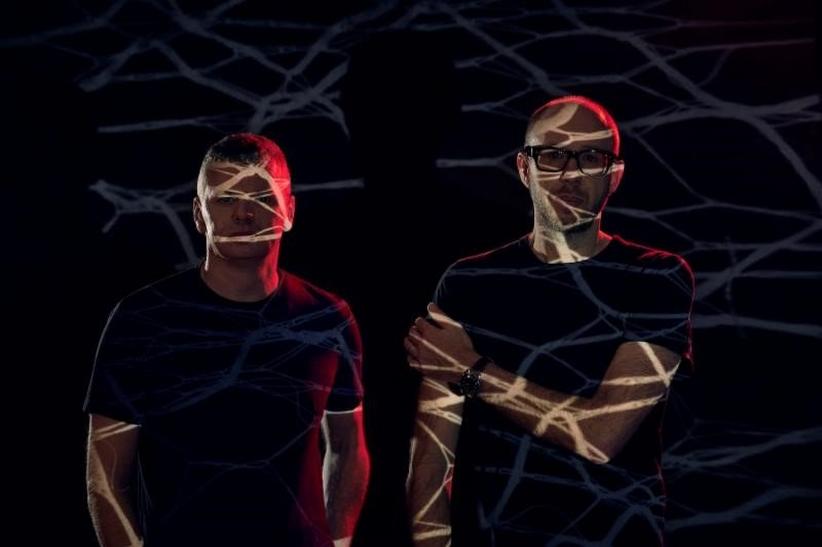 The Chemical Brothers won Best Dance Recording for "Got To Keep On" at the 62nd GRAMMY Awards. This is their fifth-ever GRAMMY win.

The next award presented, for Best Dance/Electronic Album, also went to the legendary U.K. dance duo, for the song's album, No Geography, putting them at six total GRAMMY wins to date.

No Geography is their ninth studio album and was released in April 2019, along with a massive world tour and banger dance cuts like "Got To Keep On," "Eve Of Destruction" and "Free Yourself."

The Chemical Brother's last win was back at the 50th GRAMMY Awards in 2008, for Best Dance/Electronic Album for We Are The Night.

Their first-ever nominations and wins came back at the 40th GRAMMY Awards in 1998, the first year Best Dance Recording was awarded at the GRAMMYs. The then-emerging house outfit actually won the Best Rock Instrumental Performance gramophone for one of their first big hits, "Block Rockin' Beats," while the that first dance win went to disco legends Donna Summer and Giorgio Moroder for "Carry On."