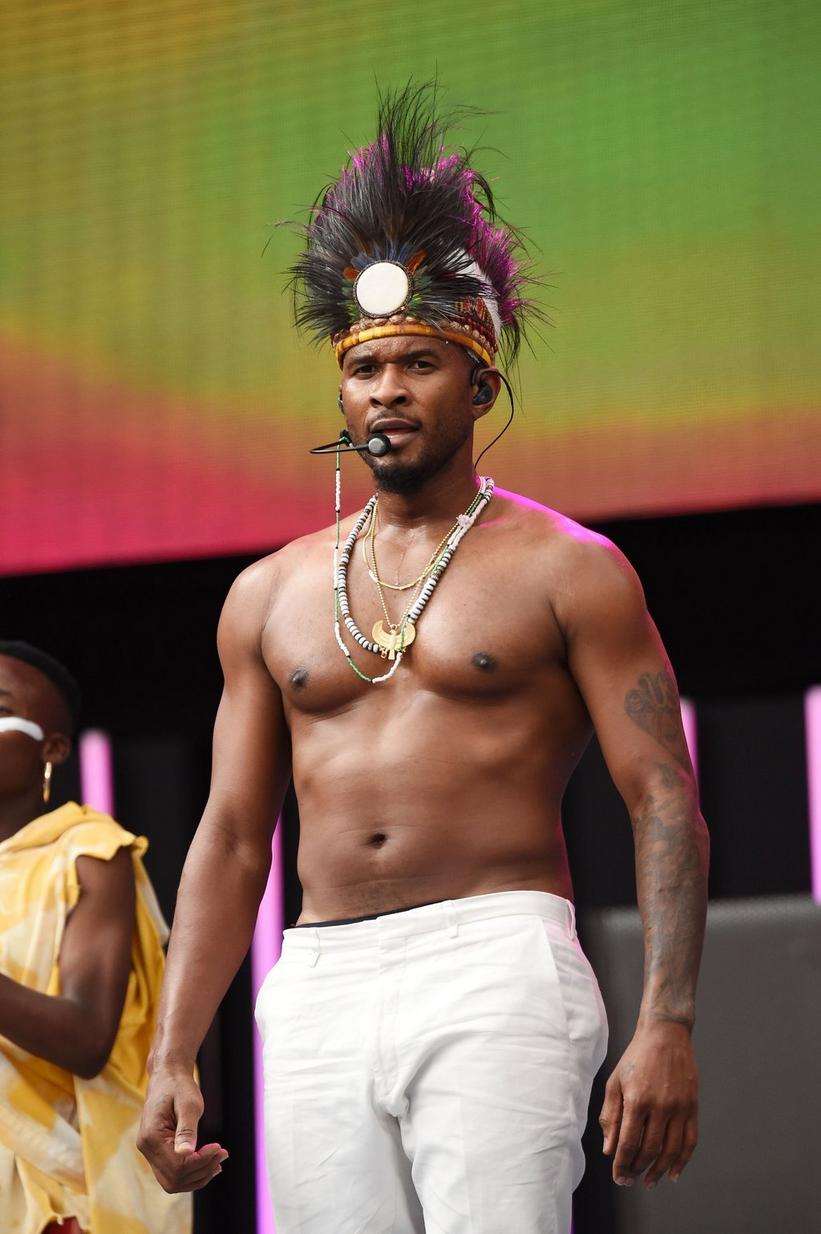 With a lineup including GRAMMY-winners Usher, Pharrell, Beyoncé, Jay-Z, Ed Sheeran, Chris Martin, Kacey Musgraves and Eddie Vedder, one could only expect to be wowed. That was definitely the case for Global Citizen Festival: Mandela 100, held Dec. 2 in South Africa to honor the late iconic activist Nelson Mandela's legacy 100 years after his birth. The celebratory event was hosted by South African comedian Trevor Noah and featured powerful speeches from the likes of Oprah Winfrey plus plenty of breathtaking performances from the aforementioned big-name musicians as well as several rising African artists, including South African DJ/producer—and underground house music favorite—Black Coffee and Nigerian singer and producer—and recent Drake collaborator—Wizkid.

If you missed the event's livestream on YouTube yesterday, you're in luck. The majority of the event (although only a small part of Jay-Z and Beyoncé's epic closing) is available online, along with several clips of the speeches and performances, including Usher's mashup of his "Without You," a 2011 collab from GRAMMY-winning DJ/producer David Guetta, with Black Coffee's 2001 dance-club jam "We Dance Again," joined on-stage by Black Coffee himself. As reported by Billboard, Usher, alongside the South African Indigenous Dance Academy, performed a traditional South African style of dance, the Gwara Gwara. Other stars such as Childish Gambino and Rihanna have showcased this dance over past year, the latter star showing off her moves on none other than the 60th GRAMMY Awards stage, during her performance of "Wild Thoughts."

Usher talked to the significance of the collaboration with Black Coffee, IDA and Global Citizen:

"In the process of working on music in L.A., we started talking about what we could do at the festival to celebrate the culture, to make everyone there feel like they saw something special. So we developed this and we reached out to IDA to come onstage and perform with us." Usher told Billboard. "You see how artists can fulfill their duty to give back. The celebrity aspect is a treat for their time, for people who are advocating for these goals."

The R&B megastar also pointed to the exciting prospect of releasing material with Black Coffee: "We're working on music for the future. The song we worked on so far is incredible."

The 10-hour event also included an above-and-beyond almost-90-minute concert from the ultimate power couple Beyoncé and Jay-Z similar to their global stadium-filling On the Run II Tour, complete with a closing act of their tear-jerking duet rendition of "Young Forever." Their set also brought some of the evenings other special guests onstage, including Ed Sheeran and Pharrell.

"I can feel so much light and beauty in here," said Beyoncé during their performance.

In addition to joining the Carters onstage, Pharrell also had Coldplay frontman Chris Martin join him to perform their new song "E-Lo." The song was recently released as part of the four-song Global Citizen Ep 1, under Coldplay's apparent new pseudonym, or perhaps side-project, Los Unidades. Usher and Martin also joined Pharrell to back him as he sang his joyful GRAMMY-winning hit "Happy."

Global Citizen reports the event led to 5.6 million social media actions by online participants around the world. Participants with enough points were entered in a lottery to win tickets to the event. In all, the event helped raise over $7 billion including commitments from organizations such as the World Bank, all towards helping "fulfill Mandela's vision of ending extreme poverty."