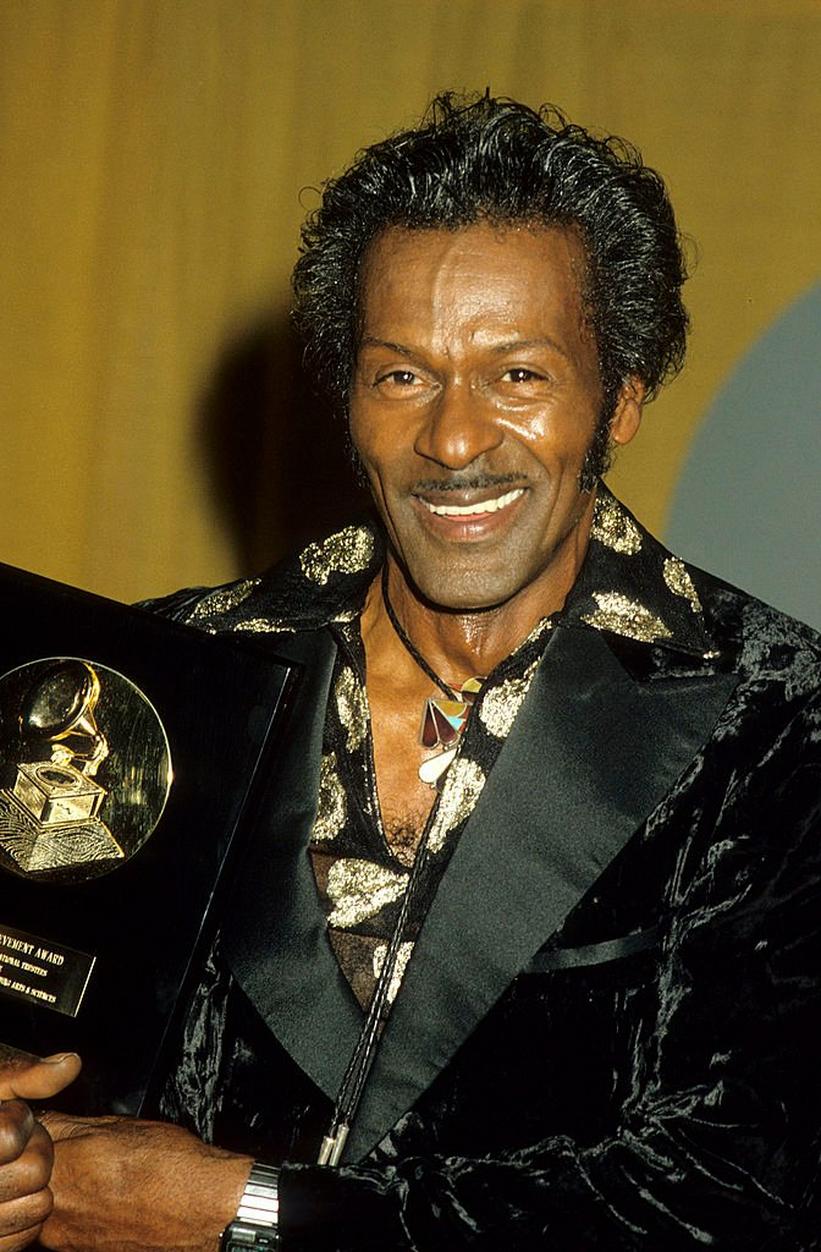 Chuck Berry, a legendary figure in American popular music, died March 18 at age 90. Berry was found unresponsive at his home in St. Charles County, Mo., by police responding to a medical emergency.

A guitarist who influenced artists as disparate as the Beatles, David Bowie, Keith Richards, John Mayer, and Emmylou Harris, Berry was a veritable pioneer of rock and roll. His distinct guitar style — loosely known as the Chuck Berry style — fused elements of blues, boogie-woogie and R&B. Spanning lightning lead lines and infectious rhythms, Berry formed a template of guitar playing that generations of guitarists emulated. He was also known for his songwriting, distinctive singing voice and flamboyant showmanship onstage.

A variety of artists covered or reworked Berry's recordings, providing a testament to his impact. The Beatles covered "Roll Over Beethoven" on their second British studio album, 1963's With The Beatles. The Beach Boys' 1963 classic "Surfin' USA" incorporated the melody of Berry's "Sweet Little Sixteen." Released on the B-side of his 1973 single "Drive-In Saturday," Bowie reinterpreted Berry's "Around And Around." The Rolling Stones covered multiple Berry tunes, including their debut single, "Come On." Jimi Hendrix, Buck Owens and Judas Priest were among the artists to cover "Johnny B. Goode."

Widely considered Berry's most popular hit, "Johnny B. Goode" formed the basis of one of the most iconic scenes from 1985's Back To The Future. (Though Michael J. Fox's character, Marty McFly, energetically plays the guitar in the film, the parts were recorded by studio guitarist Tim May.) In 1977 the song was featured on NASA's "Golden Record" collection, a compilation of songs and other media included with the Voyager 1 spacecraft.

Berry, who ranked No. 7 on Rolling Stone's 100 Greatest Guitarists of all time list, received a Lifetime Achievement Award from The Recording Academy in 1984. Three of his classic recordings have been inducted into the GRAMMY Hall Of Fame: "Maybellene" (inducted 1988), "Roll Over Beethoven" (1990) and "Johnny B. Goode" (1999).

"Chuck Berry was arguably the founding father of rock and roll," said Recording Academy President/CEO Neil Portnow. "Not just because he was one of its greatest songwriters and established some of the electric guitar's earliest and most memorable riffs, but also because he was one of music's most palpably exciting entertainers and biggest personalities."

View the entire list of GRAMMY Hall Of Fame recordings