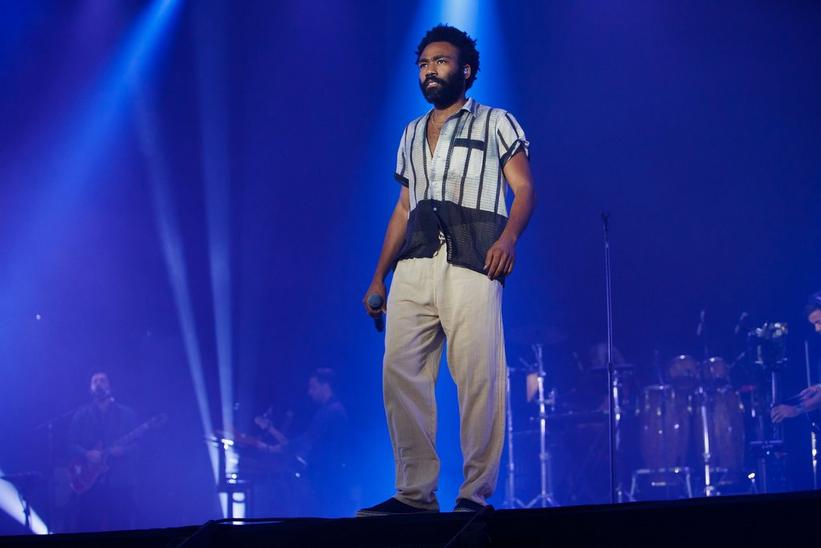 The GRAMMY winner announced that his current "This Is America Tour" would be his last. Last year, he said his next album would be the last under that name. Is this really the end?

Childish Gambino aka Donald Glover is currently on his "This Is America Tour" and while he took the time to drop new music during a recent show, he also took a moment, right in front of a crowd of screaming fans, to announce that it would be his last tour ever as Childish Gambino.

"If you’re at this show then you know this is the last Gambino tour ever," he said. "So that means I love you forever for supporting me."

Last year, The GRAMMY winner dropped a clue that he was moving on from the moniker saying, “I’ll see you for the last Gambino album,” during a set at a music festival. Months later, we got his biggest hit yet, "This Is America" and a year later, the summer anthem "Feels Like Summer," making it hard for us to even think about letting go. Now, we're not even sure there will be a next album.

And it will be tough to let go – music as Gambino won Glover his first GRAMMY. During an interview with the press right after winning Best Traditional R&B Performance for "Redbone" during the 60th GRAMMY Awards, he was asked by one of the members of the media if he was really done making music as Childish Gambino.

"I stand by that," he said. "I mean, I'm really appreciative of this and I'm still making another project right now, but I like endings and I think they're important to progress."

Well, if this really is goodbye to Childish Gambino, we want to start by remembering some of the amazing songs he brought to us:

Childish Gambino received huge praise for this hit. It made us dance with its catchy, upbeat sound, but it also made us think and get in touch with social justice topics relevant to our society and culture today. His answer to why he made the song? “I just wanted to make, you know, a good song. Something people could play on Fourth of July.”

Gambino's first and thus far only GRAMMY win, "Redbone" is an R&B, funk-influenced song that was influenced by the sounds and era of Funkadelic. From his album titled Awaken, My Love! it's known as his "first big hit." It even won Best Traditional R&B Performance at the 60th GRAMMY Awards. In total, Gambino has seven GRAMMY nominations.

'Everybody's like, 'It's a love song, It's kind of an existential thing. I'm just really scared of being alone. When I was little, there was a big dog down the street. I was really scared of it. But when I was with my sister, when I knew I had to protect her, I wasn’t afraid of the dog as much because somebody was there. I had a purpose…I kind of feel lost. I kind of lost that, I feel.'