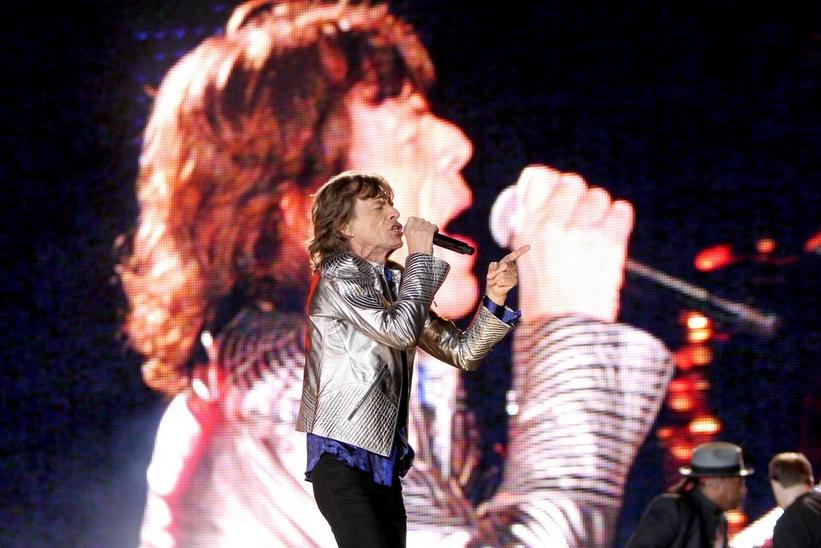 In his first interview since getting heart surgery, GRAMMY-winning Rolling Stones frontman Mick Jagger has offered some new details about his health and his band's previously postponed tour.

"I'm feeling pretty good," he told Toronto's Q107 radio station. "Been rehearsing a lot lately in the last few weeks … This morning [I did] a bit of gym. Nothing crazy. Then I go into rehearsal with the rest of the band."

The tour, originally set to kick off in late April, was rescheduled due to Jagger's surgery after doctors advised him to get medical treatment. The vocalist had surgery to replace a valve in April.

On the upcoming No Filter U.S. tour, the band reportedly plans to perform some material they haven't played live before, noting how fans don't like too much of the untraditional. "Most of the time people don’t want too much unusual. People like a little bit unusual. They don’t want 100 percent unusual,” he said.

Jagger is also well aware of what fans like, alluding to including plenty of crowd favorites on the tour's setlist. "The favorite ones people like to hear are, you know, ‘Paint it Black, ‘Honky Tonk [Women]’ and ‘Satisfaction’ and things like that. We don’t always necessarily do all of them," he said. "We sometimes drop one or two, but there’s maybe 10 favorites. I don’t know how people would feel if you didn’t do any of them. I think people would say, ‘Oh, that’s a bit unfortunate, I came to hear this'"

Back in the fall, the news that the iconic British rock band was coming to the U.S. had the band every bit as exicited as their fans. "It's great to be playing back in America," Stones guitarist Keith Richards said in a tweet at the time. "Feels like we're coming home."

The 75-year-old frontman also commented on how the Stones' touring pattern has changed over the decades. "I don’t do it all the time, [like] 12 months a year," he said. "When you’re young, that’s what you do. [Today I] spend three or four months on the road in a year and that seems to be quite a good balance.”

The tour is now set to kick off in Chicago on June 21 and close out in Miami on Aug. 31.