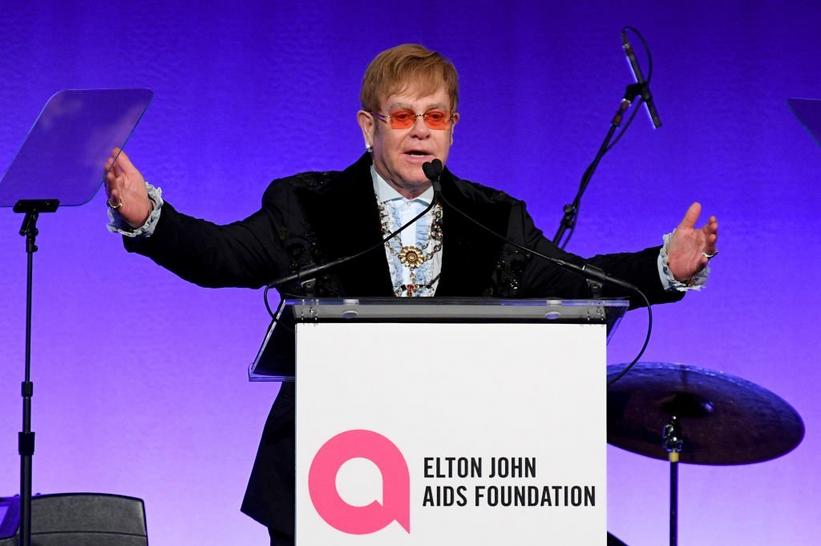 The GRAMMY-winning legend's foundation continues its successful work fighting the life-threatening condition, in part because of great nights like this

"Your generosity enables us to support organizations responding to HIV/AIDS in communities where help is most needed," said John. "These organizations reach people who are often forgotten or overlooked and treat them with the dignity, respect and compassion they deserve."

The GRAMMY-winning legend was honored earlier this year by the Recording Academy's "Elton John: I'm Still Standing—A GRAMMY Salute," where he was feted by the likes of Kesha, Ed Sheeran and SZA.

The Elton John AIDS Foundation has been a leader in the fight to treat HIV/AIDS and raise awareness for 25 years. Additional musicians in attendance included Tony Bennett, R.E.M.'s Michael Stipe and Bernie Taupin.

Music-related artworks auctioned at the event included a set of 12 prints by Bernie Taupin signed by himself and John recognizing their 50 years of collaboration, photographs of John, Michael Jackson and more. A Tony Bennett original watercolor painting of the French Academy in Rome sold for $200,000.

John told a touching story about the photograph of Aretha Franklin's performance at last year's event that was auctioned for $100,000. It was her final public performance. "I couldn't let you down," she had told him, before walking on stage for the last time.