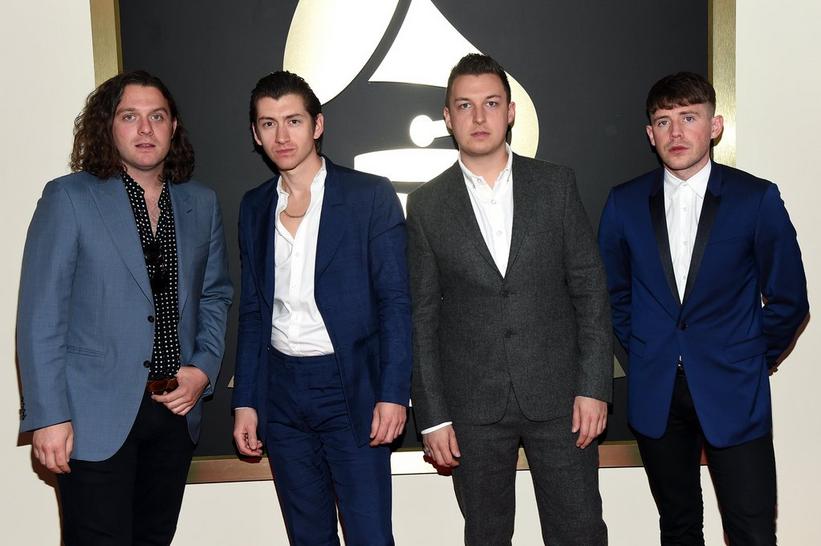 GRAMMY-nominated British indie rock band Arctic Monkeys released Tranquility Base Hotel & Casino on May 11, their sixth album and first since going on hiatus after an extensive tour in support of 2013's AM.

The buildup for the album was minimal, as while the band announced the title and street date back on April 6, they did not release any advance singles from the 11-song project. The band did, however, premier a number of the new songs live, including at the first show of their North American tour, which kicked off May 5 in Los Angeles.

Tranquility Base Hotel & Casino trades in the band's guitar-driven swagger for a more dreamlike piano-based sound. Frontman Alex Turner conceived the album's material while sitting at the piano, an instrument he'd never written songs on before, according to Rolling Stone.

“The places my fingers would naturally fall on the piano… suggested to me this idea of a lounge-y character, which never would have occurred to me had I been playing a guitar," said Turner. "They reminded me of things my father used to play on the piano.”

In addition to a new musical method, the album is also very lyric-focused. The resulting songs, along with band's the ethereal sonic backdrop, create a Bowie-esque balance of inventive melody, sonic experimentation, and lyrical intrigue.

Arctic Monkeys are currently touring in Europe and will return to the U.S. for Firefly Festival in Dover, Del. on June 15 before resuming their North American run of shows on June 16 in Raleigh, N.C. For a full list of dates and ticket info, visit the band's website.