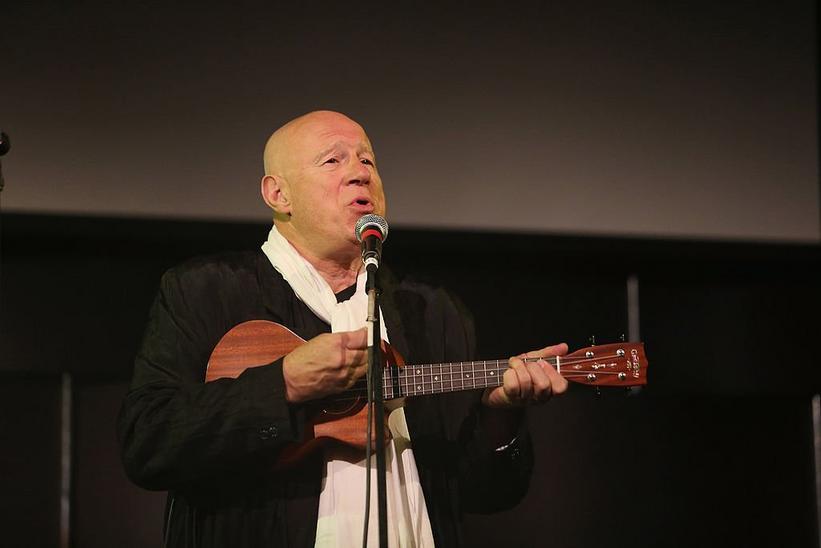 Neil Innes, a celebrated writer, musician and comedian best known for his work with The Bonzo Dog Doo-Dah Band and The Beatles parody band, The Rutles, as well as his collaborations with renowned U.K. comedy group Monty Python, died Dec. 29. He was 75.

According to his agent, Innes "passed away unexpectedly" last Sunday. In a statement posted on Innes' official website, his family confirmed that he "died of natural causes quickly without warning and... without pain."

Monthy Python co-founder John Cleese shared his condolences in a post on his official Twitter page, noting that he was "utterly dismayed" by the news and calling Innes "a very sweet man, much too nice for his own good."

Born in Danbury in Essex, England, Innes attended Goldsmiths College School of Art in London, where he would join The Bonzo Dog Doo-Dah Band (The Bonzos) in 1963. The group, which mixed elements of satirical comedy rock, psychedelic pop and avant-garde art, initially gained national attention via the U.K. TV series "Do Not Adjust Your Set," which featured daily performances from the band throughout the late '60s.

The Bonzos are best known for their 1968 hit, "I'm The Urban Spaceman," which reached No. 5 in the U.K. charts. Written by Innes, the track featured production by Paul McCartney, under the pseudonym Apollo C. Vermouth, and Gus Dudgeon. (The Bonzos would later perform their track "Death Cab For Cutie" in The Beatles' 1967 film Magical Mystery Tour; Ben Gibbard has since cited this track's title as the inspiration behind the moniker of his band of the same name.)

Following The Bonzos' breakup in 1970, Innes formed The World with former members of the band. The group, which aimed for commercial success beyond the previous band's satirical comedy rock style, released one album, Lucky Planet, in 1970.

Innes then began to work closely with Monty Python, a much-revered comedy sextet from England, in the mid-'70s. Recognized as an unofficial member of the comedy troupe—a 2008 musical documentary, The Seventh Python, chronicles his life and career—Innes contributed to multiple Monty Python TV sketches and albums, in addition to touring live with the comedy crew. He also wrote original songs for and appeared in the group's classic film Monty Python and the Holy Grail and later appeared in the follow-up film, Monty Python's Life Of Brian.

Innes then worked alongside Monty Python member Eric Idle on "Rutland Weekend Television," a U.K. TV sketch show that ran from 1975–1976. The show, which featured music by Innes, inspired The Rutles, a pastiche and parody group of The Beatles. The act was the main subject of the 1978 mockumentary TV film All You Need Is Cash, also known as The Rutles, which featured cameos from original Beatles member George Harrison. The film's soundtrack album received a GRAMMY nomination for Best Comedy Recording at the 21st GRAMMY Awards held in 1979.

In 1979, Innes created a solo TV series, "The Innes Book Of Records," which ran for three seasons in the U.K. and featured some of his older material and new music written for the show.

Later in his career, Innes transitioned into children's entertainment during the '80s. In addition to playing live-action roles on children's TV shows, he composed music and provided voice-over work for various programs and cartoons.

Innes is survived by his wife Yvonne, his three sons, Miles, Luke and Barney, and his grandchildren, Max, Issy and Zac.