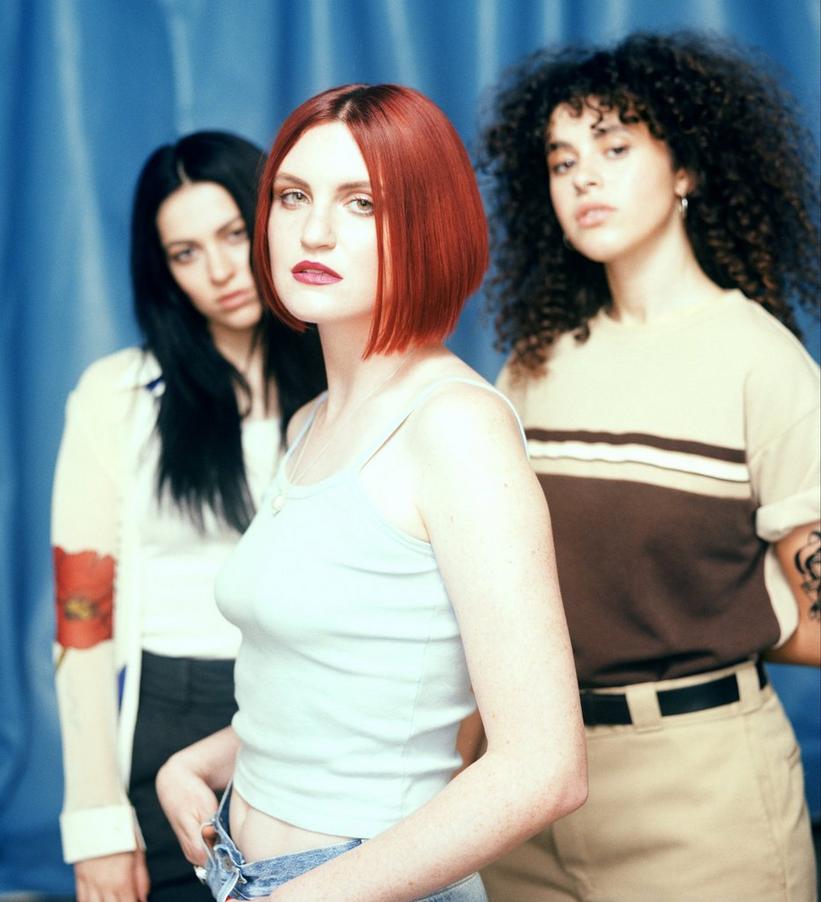 MUNA Find Themselves Again On 'Saves The World'

2019 is looking a little different for the West Coast electro-pop band, who will release their sophomore album, 'Saves The World,' in September

Two years ago, Los Angeles-based pop-trio MUNA released their debut album About U with a punk aesthetic and their queer identities front and center. But it seems those two years have given the band, who double up as best friends, some space to reconsider who they are as artists.

2019 is looking a little different for the once "Fk Trump" wearing band who opened for Harry Styles on tour in 2017. In a recent interview with GQ magaizne, they get into how their sophmore album Saves The World (out in Sept. 2019) shows a side to them that is refreshed and grateful for their strong friendship more than ever.

The band, who met while attending the University Of Southern California and made their early music in a bedroom and toured with Styles not too long after, reveal that while the Styles tour was a rock star experience, it left singer Katie Gavin reconsidering her career when it was over. "I see an artist with an extreme amount of success and ask: Why am I doing this?” she told GQ.

The fact that the band had no transition into their own lives in L.A. after college also affected them.

“We'd come back for two months at a time, but that wasn't enough to establish another way to identify," Gavin said. "That becomes an excuse for being nihilistic. Like, nothing matters because the time isn't real."

Guitartist Josette Maskin said circumstances caused them to feel depressed. "We all went into a severe depression. I reached rock bottom," she said.

Without the excitement that comes with touring, the band's reality off the road was setting in—two members moved in with Maskin's parents in La Cañada Flintridge and another moved to Glendale—Gavin decided the band could be their own cheerleaders. During the time she wrote "Number One Fan," the first single from Saves The World.

Their sophmore album essentially became what they were going through. As GQ's Eve Barlow writes:

"The songs on Saves The World find the band deeply searching for a sense of self. They’re less hopeless, more helpful. Saves The World is more About Me. It demands that you know yourself before you attempt to solve the world’s problems."

Now, reflecting on how they decided to appear to the world, the tough exterior was just "armor," McPherson said. Letting go of that armor has inspired MUNA to be more vulnerable.

“Jo is so free and joyous, even during a bad time,” McPherson said. “Katie is so fking smart. She feels her feelings totally, and that inspires me to do the same, because I hate that feeling.”

Maskin adds: "The three of us are soul mates. We've seen something in each other. We've never given up."