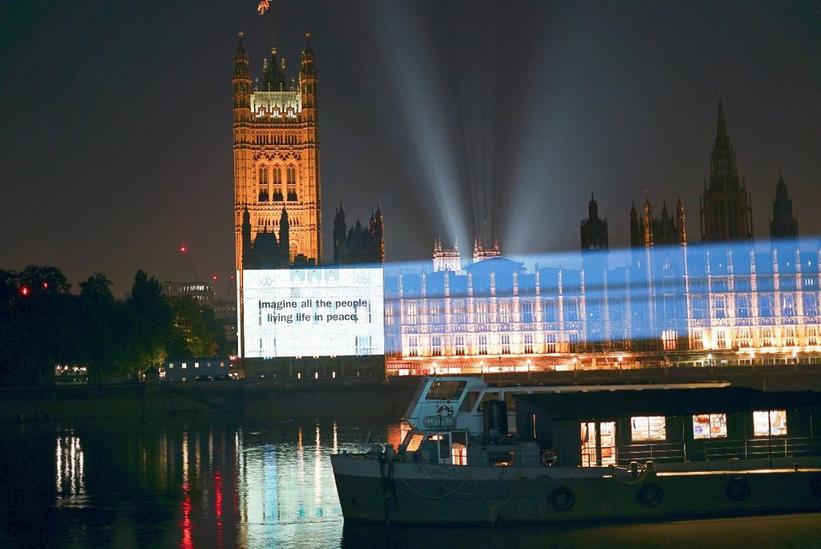 Did you know "Imagine" isn't only John Lennon's most demonstrative and uplifting album and song, but an irresistible musical film as well? The 1971 flick features quick-cut footage set to every song from the album along with captivatingly intimate scenes of the former Beatle and Yoko Ono at work, home and play. (It's worth seeing for the fashion iconicism alone!)

For the 50th anniversary of the Imagine album today (September 9), fans the world over can watch this strangely underdiscussed slice of Lennon and Ono history together—either online or in person, depending on their comfort level as the COVID-19 pandemic continues around the world.

You can catch Imagine either at participating venues like Sage Gateshead and Grassroots Music Venues in the UK or Hard Rock Cafés in Europe and the U.S., many of which are showing it for free in their rooms. Check with your local Hard Rock Café or Hotel for participation and viewing times.

Barring physical participation, you can also stream Imagine via streaming service The Coda Collection, which is exclusively available on Amazon Prime. It's also available stateside for AXS subscribers and in the UK for Sky subscribers on NOWTV and the SkyGo App, and to rent or purchase globally from Apple TV, iTunes or Amazon Prime; or on Blu-Ray or DVD. Click here to find the best way to watch the film in your country.

English musician Tim Burgess is also joining the Imagine celebration. As the film plays, check out his well-loved Tim's Twitter Listening Party, where the film will be augmented by a second-screen #IMAGINE50 Twitter experience with quotes, photos and multimedia led by Yoko Ono Lennon, the John Lennon estate and many of the collaborators involved with the album and film. All the tweets will be available afterward here.

But the fun doesn't stop there. Immediately following the Tim's Twitter Listening Party watch party, Sean Ono Lennon and BBC6 Music's Chris Hawkins will host a special #IMAGINE50 Listening Party Aftershow with discussion via Twitter Spaces at 1:40 pm LA/3:40 pm NYC/8:40 pm UK /4:40 am Tokyo. This audio-only event will also include many of the above names.

We've Thrown Everything We Could At John Lennon's "Imagine." The Song Nonetheless Endures 50 Years Later.