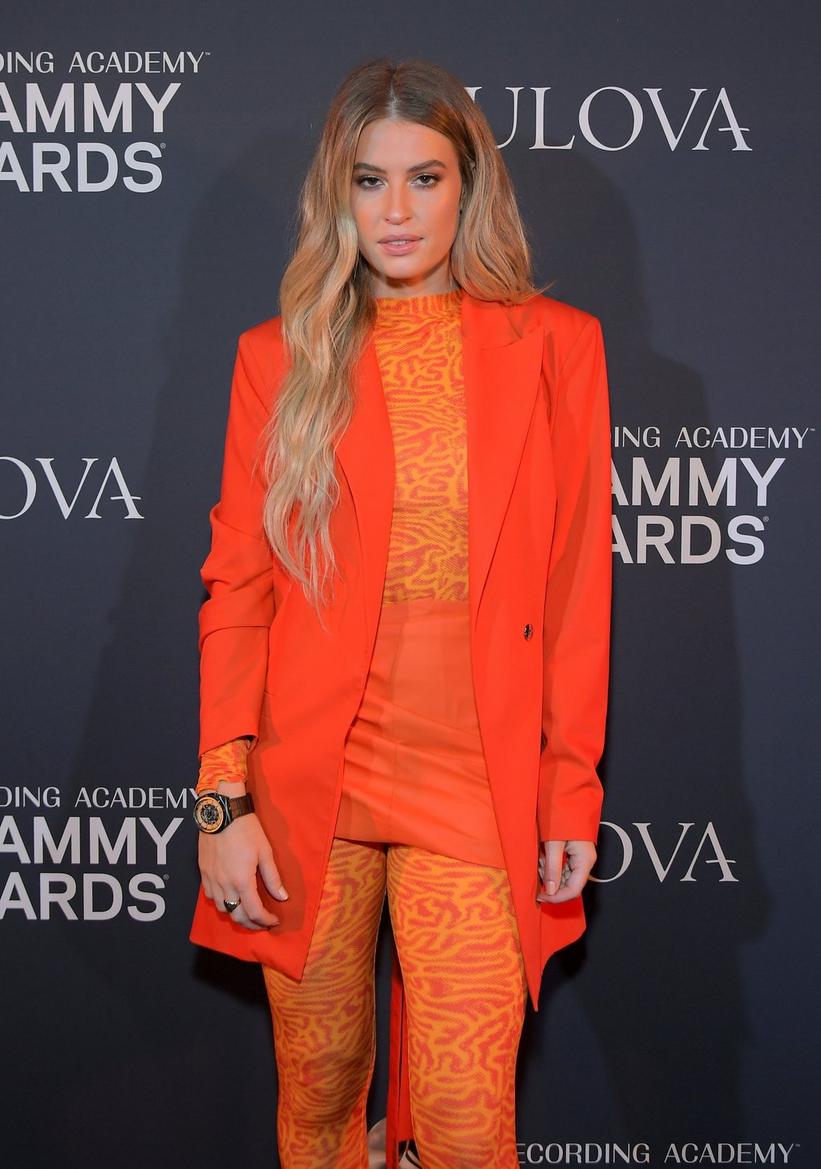 Photo by Charley Gallay/Getty Images for The Recording Academy

The precursor to the 2020 GRAMMY Awards went down on Saturday, Jan. 25 at the GRAMMY Museum in Downtown Los Angeles

"Time is so valuable. One of the most amazing things that somebody can give you is their time."

The wise words of 25-year-old pop artist Fletcher resonated throughout the Clive Davis Theater on Saturday morning where the GRAMMY Museum's 5th Annual Bulova Brunch began. The exclusive event, which honors the official partnership between The Recording Academy and Bulova, began with a lively introduction from Bulova Managing Director Michael Benavente, who disclosed some exciting new changes in this year’s programming. "We wanted to mix it up [with a young artist] this year because of the [new] Bulova ‘Tune of Time’ program," Benavente announced enthusiastically. He went on to explain how the ‘Tune Of Time’ program, which runs in conjunction with Universal Music Group, is about breaking young artists and reaching out to new audiences of the next generation.

And mix it up they did, with fiery surprise guest artist Fletcher, taking the stage to wow the audience with her dynamic presence and compelling voice. Fletcher, who first gained attention in 2015 when her debut single “War Paint” topped Spotify charts, spent six weeks on Billboard’s ‘Hot 100’ in 2019 with her latest single "Undrunk."

Scott Goldman, decade-long host of the GRAMMY Museum’s Public Programs Series, sat down with the Jersey-born star for a one-on-one conversation about how she got her start in the industry, the contrasting inspiration behind her two EPs, and her unique relationship to the company. "I have a very personal connection to Bulova," Fletcher shares. The inviting young artist, who warmly introduces herself as ‘Cari’ to attendees, went on to explain how she inherited a Bulova watch from her deceased Uncle Gary, whom she was named after. ”I have his watch, and it literally just comes with me everywhere I go.”

Long before she got her start, Fletcher has been involved in music in one way or another. She began classical vocal training at age five, and by high school she was a Disney Princess and celebrity impersonator for kids’ birthday parties. “I had to go to pancake houses and be in a literal mermaid tail while people were eating bacon,” she disclosed with a smirk. Fletcher, who also had to impersonate Taylor Swift at these parties, shared her recent experience meeting Swift.  “[All I could think was] God, my wig didn’t look as good as your hair does right now.”

Fletcher’s demeanor matched her music: raw, real, and expressive, with touches of unexpected dry humor scattered throughout her otherwise profound statements. When asked what makes her a good collaborator, Fletcher replied, “I think what makes anybody a good collaborator is being a good listener."  Fletcher shared how her first EP was created in collaboration with Nashville producer Jamie Kenney. “It is really where I found my legs as a songwriter."

Fletcher draws inspiration from the audacity of artists like Madonna, David Bowie and Joan Jett, whom she describes as being "so boldly and unapologetically themselves." She explains that, as a queer woman in pop, she wants to color outside the lines of what it means to be a pop star and be the role model that so many girls need. “For the people who are lucky enough to have a platform…if you’re not using it to better the world in some capacity, what’s the point of even having it?”

Fletcher enchanted the audience with an acoustic performance of several singles, including "If You’re Gonna Lie" and "Undrunk." At the end of her set, English singer-songwriter and new Bulova ambassador Calum Scott joined Fletcher on stage to sing a duet cover of the 2020 GRAMMY-nominated hit “Someone You Loved” by current GRAMMY nominee Lewis Capaldi, with whom Fletcher is going on tour in the spring.

After the performance, a sunny midday meal of mushroom tortellini and braised short rib was served on the GRAMMY Museum’s fifth-floor terrace where event-goers were invited to indulge in a decadent brunch amidst equally decadent views of Downtown L.A. On display in the terrace, the entryway was the GRAMMY-inspired watch collection by Bulova, which attendees took turns admiring well into the afternoon. Guests in attendance at this year’s Bulova brunch bash included Madame Gandhi, as well as representatives from multiple Bulova partnerships including Universal Music Group, Frank Sinatra Enterprises, Ultra Music, and Windows of Hip Hop.