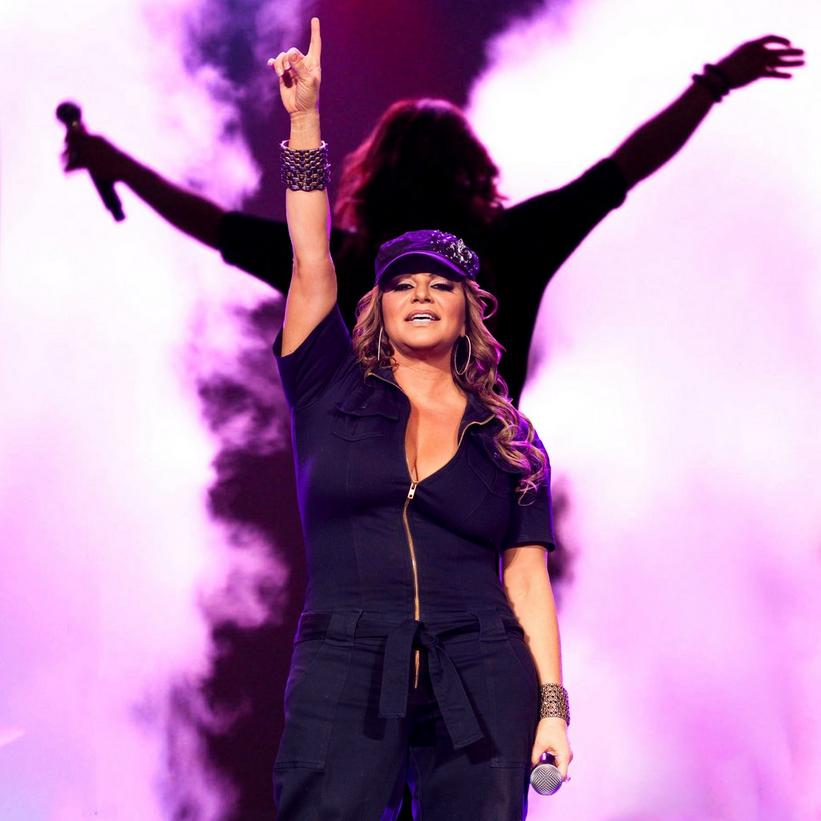 But Jenni Rivera’s one of a kind voice and rebellious, trailblazing spirt lives on in her latest never-before released track "Quisieran Tener Mi Lugar."

The unforgettable Mexican-American singer, who died in a tragic plane crash in 2012, paved the way for women in Mexican regional music with her command over several genre styles (banda, corrido and mariachi, to name a few) and a powerful, soulful voice that belted out lyrics about heartbreak, love, sex and mafia life. A female artist in a male-dominated genre, Jenni Rivera made room for herself and claimed her throne as banda’s diva, as she was lovingly known, with a spirit that was not afraid to break gender norms.

"Quisieran Tener Mi Lugar" exudes the confidence, determination, drive and outspokenness the world loved about her.

"They keep going with the same old story/ They judge and criticize my life/ I’m the diva and it hurts them/ I say what I want, I don’t care," she sings in Spanish over the brass heavy style of banda music. "They just want to talk to talk/ Because they don’t have any shame/Maybe they want to have my place and live the good life."

GRAMMY.com has an exclusive preview of the song, which will be fully released on what would be Rivera’s 51st birthday, July 2.

The unreleased song was discovered by Rivera’s brother Juan, who was unsure if the songs he had come across were new when he found them, after her death.

"When I found out they were unreleased records I wasn’t sure if it was sheer happiness or sadness," he told GRAMMY.com via email. "Happiness because it was something FRESH, TOTALLY NEW and UNHEARD for her fans. Sad because I’m afraid to find them all and reach that potential end."

"Quisieran Tener Mi Lugar" is the third single off a posthumous forthcoming album called Hablando Claro. No release date has been set. Juan and Rivera’s youngest son, Johnny, are aomg some that have worked on the album which will feature previously released singles "Aparentemente Bien," co-written by Erika Ender and Alejandro Lerner and "Enganemoslo" with Mariachi Los Reyes and written by Espinoza Paz.

Juan says working on the album has brought a new way for him to contribute to his sister’s legacy.

RELATED: The Spirit Of Jenni Rivera Is Forever Unbreakable

"It’s been the greatest honor and BLESSING. At times, difficult because as a brother i would have never imagined that I would have to work on her music in this manner," he said. "I had the honor of working with her on live performances and to see that PURE LOVE for her from her fans. Now, I can say I’m a part of her musical history via these new songs."

The family has been holding news of the album since 2017, waiting for the right moment to release it.

Rivera’s son, Johnny, has been looking forward to the album since then. For him, it’s been an honor to work on his mother’s music. He thoughtfully came up with the album’s title so that it could align with other albums in her catalog.

"I wanted to make sure it’d fit with the rest of my mom’s studio albums and so I chose Hablando Claro because she recorded that song on the album for my grandmother. She has the theme across many of her albums of honoring my grandmother with tracks like 'La Gran Señora,' 'Resulta,' 'Homenaje A Mi Madre' and 'Déjame Vivir.'" He said. "I feel this is her speaking her truth through her music."

Johnny reveals fans can expect his mother’s "most bold, broken-down and personal tracks" on the new album.

"She left behind some great music and I think she always had the thought in her that she wanted to leave music behind for when she was no longer here physically," he shares. She was always thinking about the future."

He adds that he hopes her fans, new and old, become touched by her emotion and resonate with every single one she leaves on the album—whether they laugh, cry, or celebrate with her.

"She knew her purpose in life was to help others through her music.,” he said. “That intention is still the main goal even almost eight years after she’s been physically gone."

The album’s release will be a bittersweet feeling for Johnny too.

"It makes it more real that she’s no longer physically here. This is her final album of original Spanish material," he said. "In a lot of ways you wanna hold onto it forever but I know this is going to hold such an important place in her legacy."

Hear a snippet of the song above.

Save The Date: The 2020 Latin GRAMMY Nominations Will Be Announced September 29